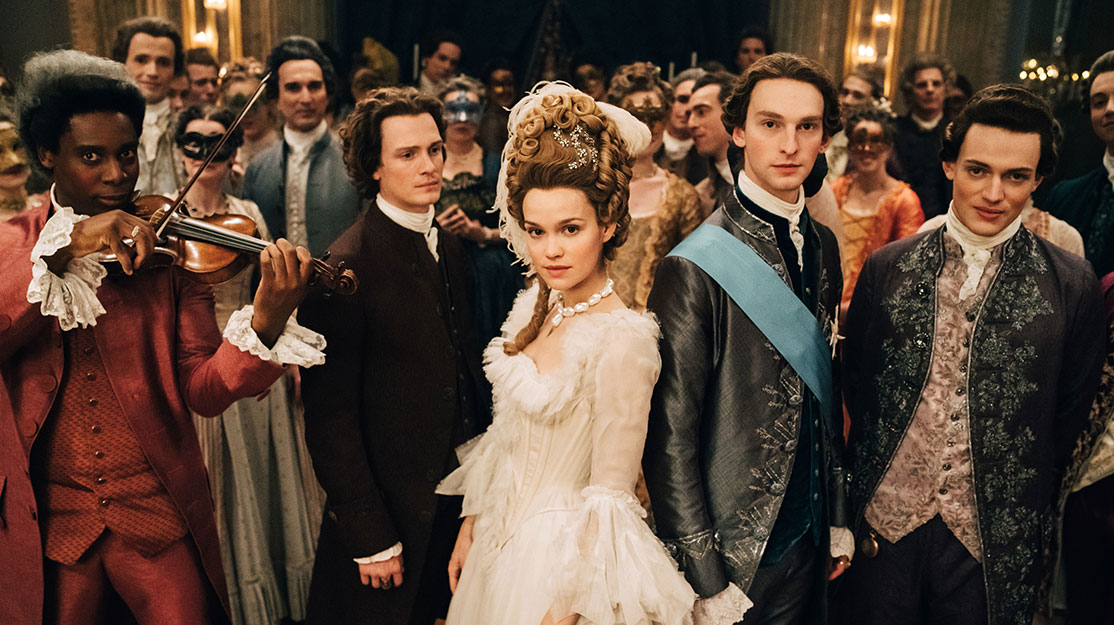 Juliette Ménager, casting director on Marie Antoinette, discusses building the cast of Deborah Davis’s modern retelling of the life of the woman who would be Queen of France, her big break and the secret to good casting.

Casting director Juliette Ménager has worked on more than 1,000 television series and films across a career spanning three decades, and her passion for languages and travel has resulted in her taking jobs far beyond the borders of her native France.

Ménager’s recent credits include Emily in Paris, Mata Hari and The Collection, while she also worked on period drama Versailles – whose creative team she rejoined to lead the casting process on Canal+ drama Marie Antoinette.

Distributed by Banijay Rights, Marie Antoinette is produced by Capa Drama, Banijay Studios France and Les Gens. BBC Two in the UK and BBC First in Australia were among the early international buyers.

Here, Ménager opens up about her work and her approach to casting, finding her Marie Antoinette and where she looks for new talent.

How did you start in casting?
Serendipity. I always knew I was going to work in film, it was my passion, but I didn’t know what my role was going to be.

Is there one show or film that gave you your big break in the industry?
It’s hard to say; maybe The Dreamers by Bernardo Bertolucci. That was an important one for me and it was where I discovered Eva Green [Casino Royale] and Louis Garrell [Frontier of the Dawn], who were still students at the time but have gone on to have very successful careers.

What kind of projects do you like working on?
I have been travelling and living abroad all my life and I speak many languages, so I love working with the international market on a global level.

How do you approach a new project and begin casting?
My keywords are passion and instinct. Then I study the project – the characters, the showrunner, the director, the general material…. Even after three decades in casting, every new project has a different approach, artistically, technically and financially. Today, we live in a new era of series and platforms; you have to constantly change and adapt your way of working.

Where do you find new talent?
As a professional, I’ve been scouting all my life: watching films, going to the theatre, holding workshops, going to festivals, and doing ongoing work with talent agencies. There’s an endless list of possible places to meet new talent; the key is to always stay curious – and, of course, the magic touch!

What was the appeal of working on Marie Antoinette?
I mean, how could you resist? Marie Antoinette is a unique figure in French history and as soon as I heard that Deborah Davis was the showrunner and Claude Chelli at Capa was one of the producers, I was on board. Their approach to Marie Antoinette’s story was modern and unique and I love being part of projects that are creatively cutting-edge.

How would you describe the show in terms of its size and scale compared to some of your other projects?
By French standards it’s an important production, shot at real locations in France that represent the extravagance of the period, with magnificent costumes and sets. The production is visually stunning.

How did you partner with fellow casting director Suzanne Smith on the series?
Suzanne is an amazing partner to work with in the English-speaking market. Our work is based on trust and we both want to provide the highest-quality cast. We share everything when we work together. We had previously partnered with Capa, Banijay Studios France and [producer] Claude Chelli on Versailles, so it was only natural to start the Marie Antoinette journey with her.

Did you work closely with creator Deborah Davis?
The showrunner is a key figure on a series, equally as important as the director. Therefore, we worked closely with Deborah and Claude Chelli to remain faithful to the script. This is essential to finding the right cast members to embody the essence of the characters.

How did you find Emilia Schüle and why was she perfect for the role?
Emilia was the result of a worldwide search. She brought the edge to the part that we had been looking for and best reflected the modern imaginings of Deborah, Capa Drama, Banijay Studios France and Les Gens. We can really see her career soaring from now on, and we’re all so pleased to be bringing more new talent to the screen.

What other key roles did you have to cast?
From Louis XVI to Madame Du Barry, I cast all the other characters alongside Suzanne Smith.

How were you involved through the development and production of the series?
I was on board as soon as the development was finished, but Claude Chelli called me before to make sure I was going to stay available.

How has your role changed across your career?
I have had to evolve with the changing world, and it seems to work.

What kind of projects would you like to work on next?
I would like to continue working on interesting international projects that bring fresh, innovative stories to our screens.

What’s the secret to good casting?
Keeping your eyes open.