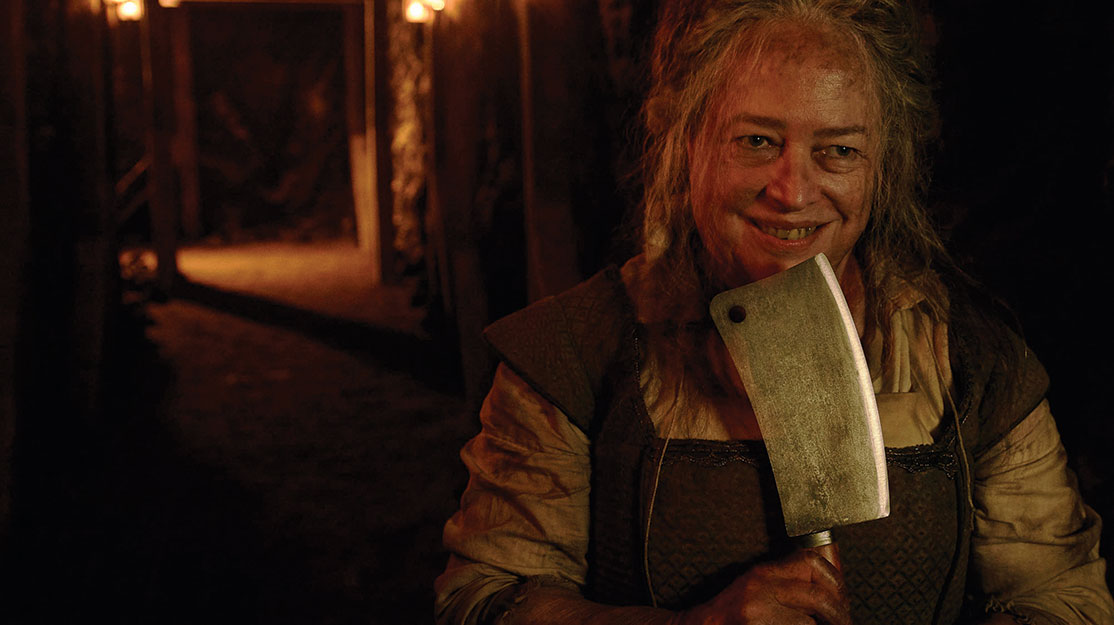 There will be blood

Violence and sex have become common features of TV drama – but are these often graphic depictions key to the success of a show?

Violence and, to a lesser extent, sex have always been core constituents of TV drama. But both have become more visible on our screens in recent years. Game of Thrones, The Walking Dead, Hannibal, Sons of Anarchy, Spartacus, Daredevil and American Horror Story are all examples of the new ultra-violent era of TV drama. And when it comes to sex, series like Westworld, Versailles, Orange is the New Black, The Girlfriend Experience and The Affair give a new meaning to the phrase ‘TV exposure.’

The key reason for this shift has been the growing influence of premium pay TV and SVoD services, which have created trigger factors that push producers and broadcasters towards more graphic and intense depictions of violence and sex.

The first such factor is an ‘anything goes’ attitude on channels that have little need to concern themselves over offending mainstream audiences or losing family-oriented advertisers. Big Light Productions founder Frank Spotnitz, whose credits include The X-Files and Medici: Masters of Florence, says: “The freedom to use graphic content is an advantage pay TV broadcasters know they have over more tightly regulated free-to-air channels. So it’s something they encourage producers to use if appropriate.”

This licence to shock is reinforced by the fact violence, in particular, seems to sell. Corporately, it’s evident in Disney’s contemporary offering, which encompasses everything from princesses to The Punisher. It can also be seen in the steady progress of US pay TV network Starz, which lagged a long way behind HBO and Showtime before it began upping its sex and violence quotient with shows like Spartacus, Power and Black Sails.

At an individual show level, franchises like AMC’s The Walking Dead, HBO’s Game of Thrones and FX’s American Horror Story (pictured top) also do well in terms of ratings. In this intensely competitive era, the performance of these series must seem like an open invitation for content creators to depict murder, mayhem and eroticism in ever more imaginative ways.

Both of these drivers towards sex and violence are energised further by the growing number of auteur writers and directors crossing over from film into TV. If you are HBO, for example, you don’t hire the world’s greatest gangster movie director, Martin Scorsese, to direct Boardwalk Empire and then ask him to tone down the violence.

“There’s no question the big TV series viewing experience has come to replace movies in a lot of ways,” says Patrick Vien, executive MD of international at A+E Networks. “So the kind of content people used to buy a ticket for, they now watch at home. Movies became very creative with violence and TV is doing the same.”

The impact of SVoD and pay TV services doesn’t stop with their own schedules, however. The graphic content they produce is so widely available across legal and illegal on-demand channels that it inevitably influences the work producers do for more mainstream platforms.

Frith Tiplady, co-MD of Tiger Aspect Drama – the company behind the BBC’s acclaimed 1920s gangster series Peaky Blinders – sums it up neatly: “For audiences, violence on free TV can look pretty tame when put up against shows like Game of Thrones and The Walking Dead. Obviously, there are broadcasting guidelines to stop metropolitan creatives getting carried away, but there is an inevitable pressure to try to increase excitement levels when making shows for more mainstream broadcasters.”

The result is some pretty strong stuff on free TV. In the UK, commercial broadcaster ITV attracted criticism for scheduling crime drama Paranoid so close to the 21.00 watershed. The series depicted a woman being knifed to death in a playground in front of her child. UK pubcaster the BBC, meanwhile, has been criticised for some of the more graphic shows it has aired, such as the sexually explicit Versailles (BBC2) and the visceral Tom Hardy drama Taboo (BBC1). The latter show includes a supernaturally instigated rape and a variety of gruesome deaths more typically found on pay TV.

Of course, if you listen to creators talking about graphic content, they don’t frame it in terms of the commercial benefits. Instead, they generally stress its significance as a storytelling device.

Quizzed about Sons of Anarchy and The Bastard Executioner, showrunner Kurt Sutter told a press event that “the violence, as absurd as it could be on Sons, always came from an organic place and it was never done in a vacuum. To every violent act, there were ramifications. There are ways to portray violence that don’t make it openly gratuitous.”

Tiplady points to how the violence in Peaky Blinders has its roots in character and situation: “These are men who have come back from the First World War with post-traumatic stress disorder. Their ferocity is linked to their experience. But even then they have a moral code.”

Skybound Entertainment’s David Alpert takes a similar line with his company’s zombie mega-hit The Walking Dead. “Violence is part of the landscape of this show, but we certainly don’t look to be gratuitous. I’m a fan of the genre, so I’m always interested in a new or innovative zombie kill, but we’re never aiming to be gross just for the sake of
being gross.”

The irony with The Walking Dead, of course, is that 90% of the violence – humans dispatching zombies – doesn’t draw any reaction. It’s only when humans kill humans that the social media airwaves turn blue: “The big talking point for us recently was the introduction of villain Negan, and the way he killed fan-favourite Glenn [graphically bludgeoning him to death with a baseball bat wrapped in barbed wire].

“Our take on this was that we needed an explosive and violent introduction for Negan to show our hero Rick Grimes being cowed. Rick being powerless was something fans hadn’t seen before, so we needed to make it seem believable.”

While A&E’s Vien agrees “TV needs to be more mindful than the movies about the depiction of violence,” he adds: “I don’t think these great shows are guilty of being gratuitous. What we’re seeing is a back and forth between creative expression and the market as viewers shift from the movies to big scripted. Would we be better off if we toned it down? Maybe. Will there be creative modifications? It’s hard to predict.”

Either way, this creative energy around violence raises a couple of big questions. First, is the heightened depiction of violence and sex really necessary to the success of a show, or is the appearance of success outlined above simply incidental? And second, is viewing such content bad for us as individuals and as a society?

On the first point, Big Light’s Spotnitz says: “Graphic content can certainly be a distraction from the storytelling. We were given licence with Medici to go quite far but in the end we didn’t feel the need, and came out with a great show.”

This doesn’t mean violence is never appropriate, Spotnitz adds, but it does mean writers and producers should interrogate its narrative purpose. Tiplady agrees, pointing out that women working on the Peaky Blinders production team had a clear voice when it came to determining the way Polly Shelby’s rape would be depicted in the show. Helen McCrory, who plays Polly, has also commented on the sequence, noting that it provided the foundation for an entire season’s worth of character exploration.

This may explain why sex scenes on TV often come entangled with conflict or tension. Rape, or the suggestion of it, has featured in Game of Thrones, Taboo and even the BBC’s Sunday night show Poldark. Elsewhere, sex is often portrayed in the context of prostitution (The Girlfriend Experience) or forbidden lust (see the incest subplot in Taboo). Of course, there are times when this kind of subject matter is of social significance. Some observers, for example, suggest Showtime drama series The Affair has taken the quality of debate about consensual sex to a new level.

On violence, Lisa Chatfield, head of scripted development at Pukeko Pictures, says writers and producers would do well to remember “the implication and suggestion of violence can often be more intriguing and suspenseful than its graphic depiction.” Violence is used sparingly yet still to powerful effect in The Missing season two, for example, in which the depravity of the villain lies in the fear of what he might do.

Circling back to the issue of commercial potential, it’s also worth noting that less graphic sex and violence can be beneficial when it comes to international distribution. A&E’s Vien warns against overstating this point, however, in case it drives the market towards mediocrity: “Different markets have different tastes – but you can finesse that in the editing room. I don’t think the right response to this is to try and come up with a generalised acceptable level of sex and violence. The creative process doesn’t work like that.”

On the broader social point, it’s easy to come across as humourless or puritanical when discussing TV violence. But there is academic and educational research that suggests a link between TV violence and the desensitisation of children. TV violence has also been linked to what academics call ‘mean world syndrome,’ namely the way negative depictions on TV can make people disproportionately suspicious and fearful of the world.

Like the drinks and fast-food sectors, the TV industry is quite good at swerving the debate about its responsibility for the world in which we live, but maybe it should pause to reflect.