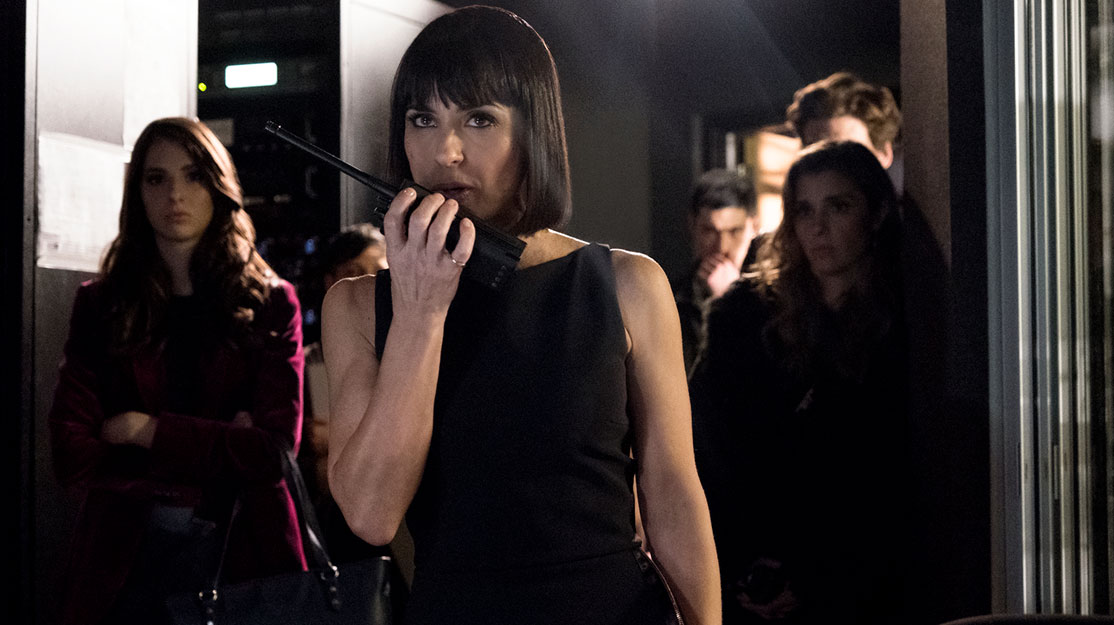 UnReal, the US drama about the behind-the-scenes workings of a reality dating competition, went out with a bang when its fourth and final season landed on SVoD platform Hulu last month.

The exploits of Quinn King, Rachel Goldberg and the team behind fictional matchmaking series Everlasting have served to both shock and amaze audiences since the series launched on US cable network Lifetime in 2015, going on to win a Peabody Award for its first season.

That it was based on the real inner workings of reality shows like the one at its centre has only increased the attention paid to UnReal. It was inspired by co-creator Sarah Gertrude Shapiro’s short film Sequin Raze, itself a behind-the-scenes look at a reality TV show, with Shapiro also once a producer on real-life dating series The Bachelor.

“We hear a lot in the reality TV industry about how real [UnReal] is,” reveals Stacy Rukeyser, a writer on UnReal since season one and showrunner on the final two seasons. “We’ve had people come to us and say, ‘Oh they should call it Real, not UnReal.’ That was always terrifying to me because we showed these terrible, terrible things.”

From the beginning, UnReal has pulled back the curtain on the way reality television works, highlighting the ways producers (in the show’s case, Rachel, steered by Everlasting executive producer Quinn) manipulate the contestants in the quest for high ratings. As Rachel says in season one: “Producers produce things. I create conditions for things to happen.”

Season four of UnReal follows Rachel and Quinn as they return to the set of Everlasting for an ‘All Stars’ season, with former contestants and a new format that means the show-within-a-show is poised to be even more dramatic than ever.

UnReal also offers commentary on society’s relationship with reality television, and this season confronts the ‘hate watching’ phenomenon around the genre, with viewers tuning in not to enjoy the show but to snipe about the contestants.

In addition, it draws on a real-life scandal that engulfed ABC reality series Bachelor in Paradise. That show shut down production last year following allegations of sexual misconduct against one of the contestants, though an investigation later found no evidence of wrongdoing. In UnReal, producer Jay makes a complaint that Rachel twists into a publicity stunt.

“We have been looking at how dangerous these shows are for our culture because they’re perpetuating these myths about relationships, and women in particular – that we should look great in a bikini, sit in the hot tub and be really interested in the guy,” Rukeyser says. “And in exchange, he will pick you up in a helicopter and take you to Bali for dinner, and that’s what a relationship looks like. That’s really dangerous.”

Rukeyser joined UnReal, which is produced by A+E Studios, in season one as a writer and to also step in for then-showrunner Marti Noxon when she was working on her other series at the time, Bravo’s Girlfriend’s Guide to Divorce.

“When we were writing the first season, I really had no idea that the show was going to be a buzzy, critical hit,” she admits. What she did know, however, was that UnReal would be about flawed women and would be full of risk-taking storylines. One Everlasting contestant commits suicide in the sixth episode, for example.

Season one sparked conversations around the emergence of female anti-heroes, feminism and female relationships, as drawn through the pairing of Quinn and Rachel. “I really had no idea it was going to have such an effect. When people were saying, ‘It’s the female Breaking Bad,’ I never stopped to think, ‘It’s a female protagonist who’s flawed and evil,’ and I certainly never stopped to think we had not just one but two female protagonists,” the showrunner says. “It just felt like these were women I’d recognise.

“The relationship between Rachel and Quinn is really the love story of the series, even though it’s not a romantic love story, and to have that much focus on female relationships, which are so central for us and, I believe, can withstand awful behaviour and [allow us to] understand each other and support each other, that’s been really exciting too.”

The strength of the relationship between Rachel and Quinn also comes down to the partnership between the actors who play them, Shiri Appleby and Constance Zimmer, respectively. Both have also directed episodes of UnReal, with Appleby helming the series finale.

“There’s so much of what Shiri does as Rachel that is non-verbal. If she is expressing so much of who that person is and what she is experiencing just through her face and eyes, there’s been an inherent vulnerability and likability in her that has made her root for Rachel and want her to get out [of Everlasting] by the end of the series,” Rukeyser says. “But it’s been incredible to be able to write in a more spare kind of way because you can trust she’s going to tell the rest of the story in a non-verbal way.”

As for Quinn, Rukeyser sees her as “one of the great characters in TV history,” explaining: “It would be very easy for the Quinn character to turn into an evil bitch, but it was never that way with her. Constance adds so many layers to her performance. It’s magic when you find two actresses who are not only spectacular individually but spectacular in the way they interact with each other. And it has really been such a privilege to write for them.”

Having previously worked on series including One Tree Hill, Crash and The Lying Game, Rukeyser has been writing and rewriting scripts on UnReal since the beginning. It proved to be a good training ground for the transition she made to become showrunner at the beginning of season three. “I knew I could do the job, so that was reassuring. But also, the show means so much to so many people who make it, so what’s been a really gratifying part of my job is, if I’m doing my job right, there are 200 people who feel responsible for the success of the show. It’s been great to be running a show that is about something, that sparks conversations and also means so much to the people making it.”

Beyond the issues it raises and the show-in-a-show format it has so successfully created, it’s the characters at the heart of UnReal that Rukeyser believes will be its legacy.

“We’re part of this groundswell of ‘unlikeable female protagonists’ you see more and more on television. We’re seeing a lot more of them and I hope we continue to see a lot more of them because they feel like complicated, flawed women who I recognise,” she says.

“In terms of the comment on reality television, I don’t think that conversation is done. I don’t even think that conversation is really happening. We have so many fans to who tell us, ‘I love your show and I watch The Bachelor all the time’ – I sometimes cannot understand how that’s possible. There is something deeply embedded in our society – that princess fantasy that some man will come along and sweep me off my feet is still so desirable to so many women, unfortunately. So I would love for someone else to take that conversation on, because the conversation for sure is not done.”

But with the fourth season moving from Lifetime to Hulu, is there no way back for the show and a potential fifth season? “I don’t think so,” says Rukeyser, who has a pilot with Lifetime among other new projects in development. “I think this is it.”