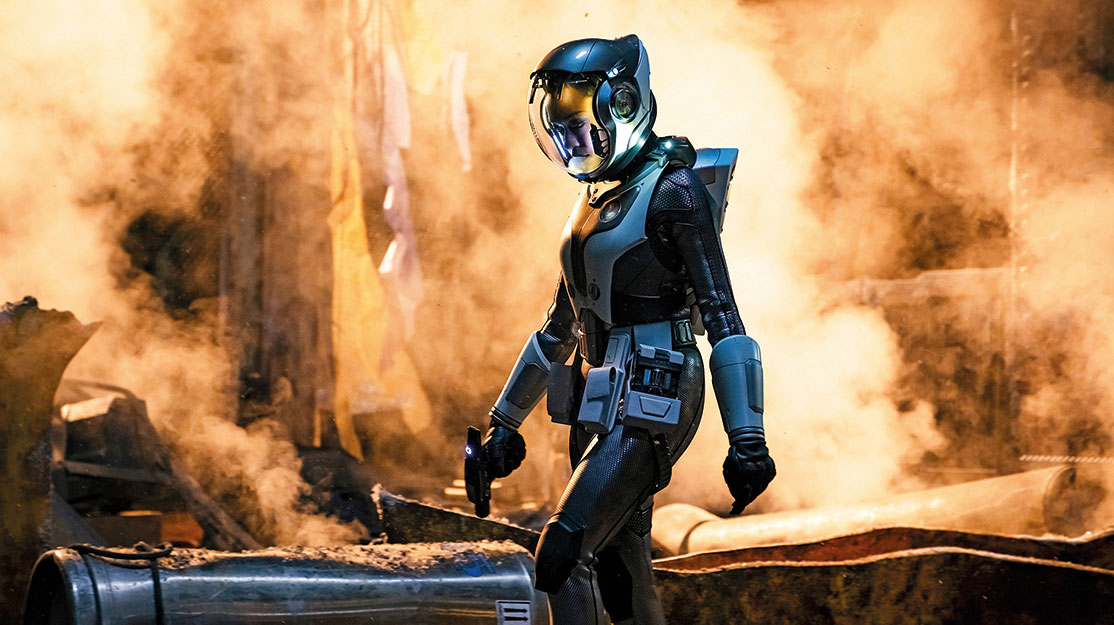 The Trek goes on

Executive producer Alex Kurtzman reveals how one of television’s most storied franchises was brought back to the small screen in the shape of Star Trek: Discovery and Star Trek: Picard, and how the latter takes the sci-fi juggernaut in a new direction.

In a career spanning more than 20 years, Alex Kurtzman cut his writing and producing teeth on series such as Hercules: The Legendary Journeys, Xena: Warrior Princess and Alias. But it was his relationship with writer and director JJ Abrams, who created the latter show, that led Kurtzman to become one of the chief architects of the modern reboot of Star Trek.

Kurtzman co-wrote the eponymous 2009 feature film, which Abrams directed, and also co-wrote the sequel, 2013’s Star Trek: Into Darkness but missed out on the subsequent Star Trek: Beyond owing to the fact he was developing a new iteration of Star Trek for television alongside Bryan Fuller (Hannibal). Star Trek: Discovery launched on then-fledgling streamer CBS All Access in 2017, with Star Trek: Picard beginning in January this year.

The exec describes boarding the franchise, which began in 1966 with William Shatner’s James T Kirk captaining the USS Enterprise, as an “incredible ride” that is unexpected, delightful and surprising at every turn. “I never expected that, all these years later, I’d somehow be responsible for bringing Star Trek back to television and then building out this universe,” he tells DQ. “It’s been one of the true delights of my whole career.”

Kurtzman’s own love of Star Trek blossomed with the original series, which saw Shatner alongside Leonard Nimoy (first officer and scientist Spock) and DeForest Kelley (chief medical officer Leonard McCoy). It ran on NBC for just three seasons but became a cult hit in syndication, leading to the launch of four further series and 10 feature films until the reboot led by Kurtzman.

“When I was little, I had a friend whose dad worked in a jet propulsion laboratory here in LA and was building rockets,” he recalls. “He and his family would watch Star Trek and that was my first exposure to that show. People who work in the real world building things that go into space were inspired by Star Trek, and that seed was planted in a way I didn’t even understand at the time.

“The real big bang for me was The Wrath of Khan [1982], a very meaningful film – visceral and emotional and gorgeous and such an incredible character story. That was a big deal for me. And then I watched all of the films as they came out.

“I was very late to the party on The Next Generation [1987-1994]. A lot of my friends in high school were watching it and it wasn’t until I started doing a deep dive back into Star Trek for the 2009 movie in around 2006/07 that I started familiarising myself with The Next Generation and realising how much smarter my friends were in high school and what I’d been missing.”

Bringing the franchise back to television proved to be a “bumpy” path, most notably as Discovery co-creator Bryan Fuller left the project during development. That it would also serve as CBS All Access’s flagship show added further pressure on the series to be a success.

The story, set about 10 years before the original Star Trek series, sees the Klingon houses go to war with the United Federation of Planets and introduces the crew of the USS Discovery, featuring Sonequa Martin-Green as first officer Michael Burnham, alongside Doug Jones, Shazad Latif, Anthony Rapp, Mary Wiseman and Jason Isaacs.

“They had asked me to be involved in it [after the films] and I had deferred the decision for several years because I didn’t really want to go back to it until I had clear enough reason to do it and a story I wanted to tell,” Kurtzman recalls. “Then they decided to not only launch it but launch it on a new network. So it wasn’t just carrying the weight of Star Trek’s return to television but also the success or failure of a brand new streaming service. It’s such a weird high-wire act I wasn’t really expecting, but there was a lot of support for it.

“We went through a lot of bumpy roads over the course of the first season and found that heat. When I look back now, I’ve met a lot of other people who have all done a lot of Star Trek shows and they unilaterally tell me that season one is always really hard. You undergo a lot of big changes but, in the end, it was a really gratifying experience because people liked the show. Some people like it, some people take issue with it but, on the whole, it’s been really successful and I’m really proud of it, of the cast and of the writers. It’s been amazing to see the show’s growth.”

That growth now includes Star Trek: Picard, but it might not have happened at all had Sir Patrick Stewart not been persuaded to break his steadfast vow to never again step into the shoes of Jean-Luc Picard, the starship commander he played in seven seasons of Star Trek: The Next Generation and four feature films, culminating in 2002’s Star Trek: Nemesis.

Thankfully, the actor was won over by the plan to focus on an older, retired Picard in a new stage of his life 18 years on. “Patrick was insistent from the beginning that we not do anything that had been done before with the character. He wasn’t interested in playing Picard as he had already played him,” Kurtzman says.

“He wanted to see the next chapter. Our show gave us an enormous amount of room because he couldn’t possibly have been the same man [as in Nemesis]. And not only was there a new timeline for him, there were other iterations of Trek, including our 2009 film, that really radically changed the direction of his life in ways he didn’t expect.

“He’s very much the old Picard, but the circumstances of his life have changed him so much and it’s really interesting to see a character wrestling with his soul and look back on his life more than looking forward, to think about the sum total of his choices. He’s living with a lot of regrets, a lot of sadness, and so the show really becomes his second chance. To me, that was a really exciting place to start a new show from. It certainly felt like there was no version of Picard that existed like that because now enough time had passed.”

With so many hit series and films across multiple decades, it’s no surprise that Star Trek has one of the most fervent, passionate and committed fan bases in pop culture. But as those behind the recent Star Wars films and the final seasons of Game of Thrones will attest, immense popularity doesn’t mean immunity from criticism.

“You have to keep in mind the fans are really the true owners of Star Trek,” Kurtzman notes. “Other than [original creator] Gene Roddenberry, the fans are the ones who have kept the show alive in so many different forms. It’s OK to be critical of things, it’s OK to debate things; that’s part of what Star Trek is all about. I feel like we’re doing OK if we’re at a 50/50 split [in terms of popularity among fans], because fans are often divided internally about what they like and don’t like.

On set, Discovery and Picard’s use of visual effects means making the shows is comparable to a theatrical blockbuster. In essence, his job is to “figure out how to bring both the largesse of what the cinema screen has to offer and the intimacy that 10 hours of television has to offer and bring them together,” Kurtzman says.

“We aim to shoot big, cinematic frames, which means a lot of prep and advanced work in building sets that are typically much bigger than television show sets and then augmenting them with tremendous visual effects.

“No other show I’ve ever done has got 50-plus years of history and mythology of story to drop in, either. The challenge is keeping the timelines of the stories synchronised in the mind. But there are great armies of people who I work with who are there specifically to say you can do this or you can’t do this or, if you’re going to do this, you have to understand the residual effects it will have.”

With a second season of Picard already confirmed, a third season of Discovery is due to air later this year. Beyond those, Kurtzman says there are “infinite” stories to tell in the Star Trek universe that can lead to multiple seasons and more spin-offs, as long as each one can stand apart with its own identity.

“The great goal of building out a whole universe is feeling like you’re getting the same aspects of one show with another show. If that doesn’t happen, you’ve failed,” he says. “You have to feel like you’re getting different things from every show, yet the goal is to have each show like a different crayon in a box of crayons where a different colour is a different feeling but it’s recognisably Star Trek. From that point of view, we could tell so many stories as long as we really take the time to do them properly.”