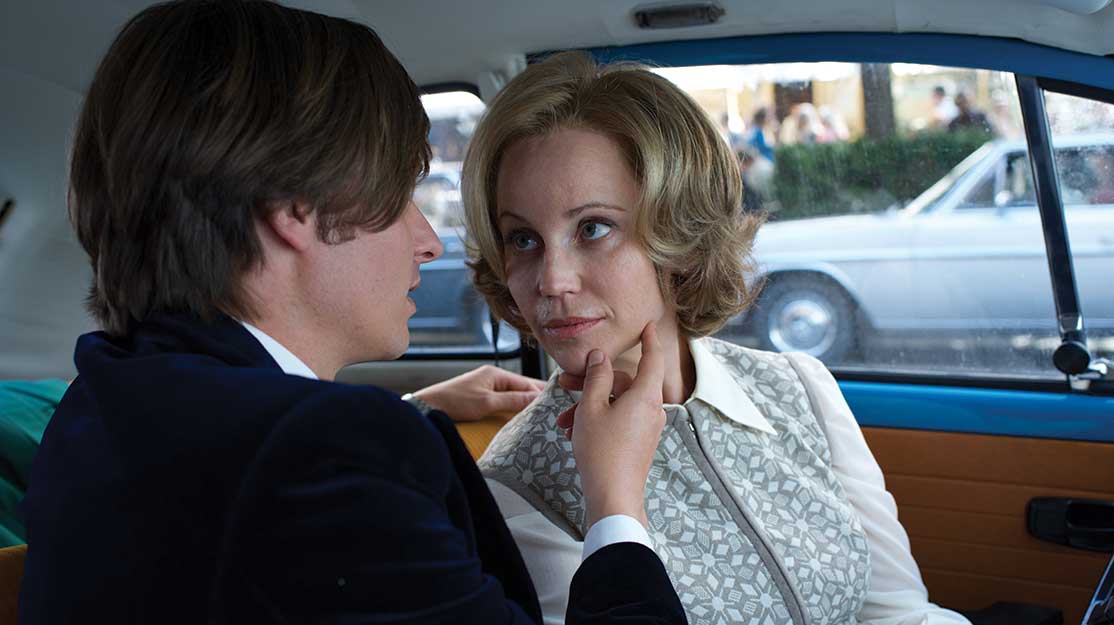 Writer Paula Milne and director Oliver Hirschbiegel discuss their upcoming Cold War drama Der gleiche Himmel (The Same Sky), in which a ‘Romeo’ agent is sent on a seductive mission in 1970s Berlin.

When it was first released in cinemas, German feature Downfall was praised for its gripping portrayal of Hitler’s last stand and Bruno Ganz’s striking performance as the embattled Führer.

Twelve years on, however, Oliver Hirshbiegel’s film is largely remembered for one iconic scene inside Hitler’s bunker – in which he rants and raves at his officers – that has been parodied hundreds of times to comedic effect. A quick YouTube search can find the dictator angrily lashing out at news that he has been banned from Xbox Live or at the latest plot twist in Game of Thrones.

“That’s hard to top,” Hirschbiegel jokes. “I can be very proud of this phenomenon – it’s a first in film history where a scene has been used over and over again. The most recent one I’ve seen is about [British politician] Boris Johnson finding out the UK voted to leave the European Union – it’s brilliant and very funny.”

Whether the director’s latest project, six-part Cold War thriller Der gleiche Himmel (The Same Sky) for German broadcaster ZDF, can earn similar cult status remains to be seen. But on the back of smash-hit spy dramas Deutschland 83 and The Night Manager, it’s certainly tapping into a genre riding a wave of popularity.

A story of divided families and a divided city, The Same Sky is written by Paula Milne (The Politician’s Wife) and produced by UFA Fiction, distributor Beta Film and Mia Film, in association with Rainmark Films. Netflix has picked up the series for multiple countries worldwide, including English-speaking territories.

The show has its origins as a passion project for Beta CEO Jan Mojto, who had been involved in 2006 Oscar-winning film The Lives of Others and was interested in commissioning a TV series focused on divided Berlin.

And Milne – who is no stranger to Germany, having penned 1990 drama Die Kinder (The Children) for BBC1 – was approached by Rainmark’s Tracey Scoffield to develop Mojto’s ambitions further. “It was very spy-orientated,” Milne recalls of the initial treatment, “but I felt it should have been more than that. So I re-pitched it and was commissioned to write the scripts. Originally it was going to be in English, but then ZDF got involved and it became German.

“Oliver did all the translations himself – during prep, he would take two hours off every afternoon and translate the whole lot. He would call me and say, ‘We don’t have a word for this, do you have another one?’

“He then printed the scripts with my English on one page and the German version next to it. We worked really well together and, because he was also directing, he was hugely loyal to the material as he was partly involved in delivering it.”

The Same Sky led the writer to immerse herself in research about the Stasi – the East German security force – and the use of Romeo spies. The discovery of a defunct NSA listening station on the outskirts of Berlin also gave Milne a location in which to plant Helin’s intelligence officer.

“We were able to put the characters in there and it opened up a whole new area of research into listening signals,” she says. “It transpired that domes found in the middle of this forest were used to disguise the direction in which the radars were facing, and they often faced West as much as East. That gave it a contemporary conduit [referencing whistleblower Edward Snowden’s 2013 leak of NSA surveillance practices]. It’s always important to look at what resonates with a contemporary audience because otherwise you’re just doing a curiosity piece about the past.”

Milne also stresses the importance of authenticity: “It’s crucial when you do a piece like this, set in the past, that you don’t have what I call ‘precognition with hindsight.’ You don’t write it knowing what happened. You have to write it in the moment and that really helps with the authenticity.”

Hirschbiegel says he was fascinated by the story and immediately hit it off with Milne. “She has a very good way of writing and describing the world and the characters,” the director reveals. “She hardly ever gave me notes and for me, it was irritating – she was totally happy with the results. She said I was brilliant and wonderful, but I kept telling her, ‘You wrote it. It’s a good script!’”

Behind the camera, Hirschbiegel says he tries not to over-stylise the look of a show, instead admitting that he’s a “slave to the story” and keeps his focus on how each scene progresses the plot. But for The Same Sky, strong visual consideration was certainly employed to capture the look and feel of the period and the disparity between East and West Berlin.

Contrasting colour palettes were used to represent the two sides of the city, with hand-held cameras used more often when filming scenes set in the East. Shots in the West, Hirschbiegel explains, were “more stately, more static.”

The director continues: “The idea was for the audience to immediately recognise whether a scene is set in the East or the West. But the challenge was not being able to use any real locations, as we shot in Prague. So you just look at lots of images and try to find matches where you’re shooting. I created my own Kurfurstendamm [a grand boulevard in Berlin], though it is actually smaller than the original.

“The East was easier. They had these eastern bloc pre-fab housing areas everywhere in the East and also in Prague, so we used those. But back in the day, West Berlin was not in good shape. There were lots of ruins and run-down houses, while in the East, all these pre-fab buildings were new because they were built in the 1960s and 70s. Going to Berlin or Prague now, all these old facades have been renovated, while the pre-fab buildings are all fucked up and run-down. So it’s a bit of a challenge to find the proper locations to match what it looked like then.”

Describing The Same Sky as a “serial, not a closed series,” Milne is now preparing a story treatment for a potential second season – though the show’s future depends on how season one is received when it airs in early 2017.

“Ultimately,” she adds, “this is a story about ordinary people who are living in extraordinary times and are forced to make decisions perhaps none of us are confronted with today. It has a morality under it without, I hope, ever being preachy – but I don’t answer the questions, I just pose them!”

As for Hirschbiegel, the director admits he’s now turning down movie projects because he wants to work in television, and has already signed on to direct an episode in the second season of Showtime drama Billions. “It’s more cool right now and it happens so much faster,” he says of the small screen, “and often the scripts are way more relevant and daring. It’s much more of an adventure now to do television than it is to do a movie.”