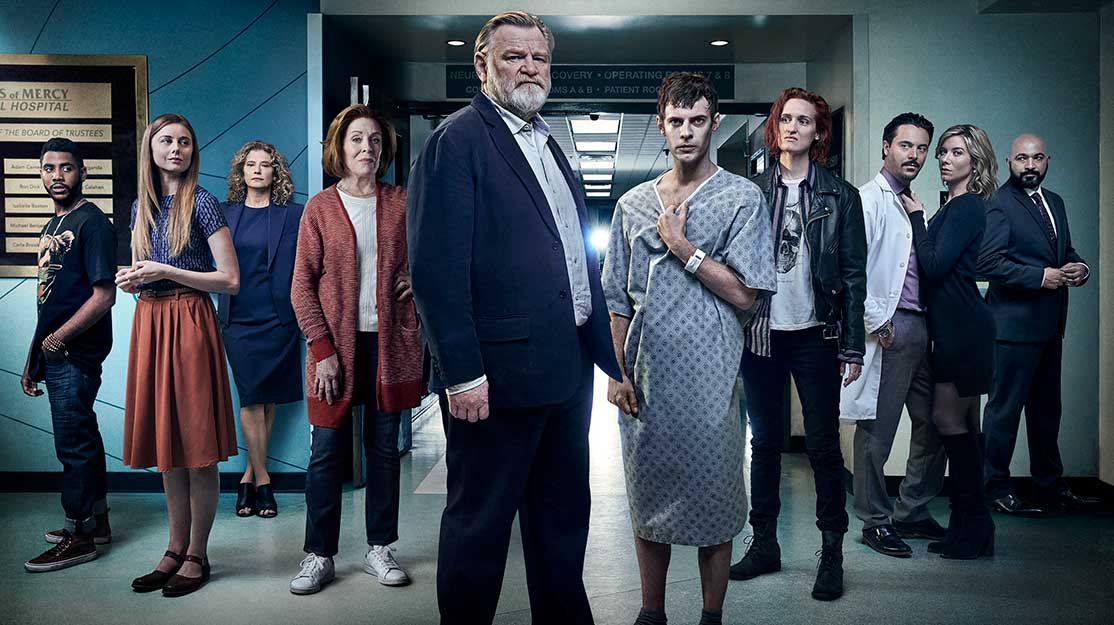 As Mr Mercedes returns for a second season, showrunner Jack Bender tells DQ about adapting Stephen King’s crime novel for the small screen and the importance of character in TV drama.

While Stephen King is well known for stories with elements of fantasy, science-fiction and the supernatural, Mr Mercedes arguably ranks among the most conventional novels he’s ever written.

Strictly a cat-and-mouse crime thriller between a retired cop still trying to solve the case that got away and a psychotic serial killer plotting one final rampage, it was adapted for television by AT&T’s Audience Network, which launched the show last year.

So far, so traditional cop drama. Yet season two, which debuts in the US on August 22, goes “a little more into ‘Stephen Kingdom,’” director and showrunner Jack Bender tells DQ.

Merging story elements from King novels Finders Keepers and End of Watch, the second and third instalments of the Mercedes trilogy, season two is set a year after the events of season one. Hodges has set up a private investigation firm while Hartsfield is in a coma, on life support and in a vegetative state. But when unexplainable occurrences begin to affect hospital staff members attending to Hartsfield, Hodges is haunted by the feeling that the comatose killer is somehow responsible. Watching the opening two episodes, it certainly feels like the show is shifting towards traditional King territory.

“The big issue was where we left Brady at the end of season one, with his head bashed in. What were we going to do with the storytelling? So we followed the breadcrumbs Stephen had laid out to work out how we give Harry room to act and move and not just have him in a hospital bed with a voiceover,” says Bender. The answer was to dramatise Hartsfield’s inner thoughts, with Treadaway occupying a dark basement filled with computer screens that serves as his eyes out to the world.

“So Hodges is our everyman and the show remains character-driven, but we definitely had to go out on the tightrope and push the envelope. That was my most challenging task this year, aside from keeping the show as wonderful as it was. The task was to walk that tightrope in terms of both the scripts and storytelling and the performances so the show remained believable.”

Bender first worked with King on the first two seasons of Under the Dome, the CBS series based on the author’s book about the residents of a town inexplicably trapped under a giant dome. They had become friends when Bender had earlier worked on ABC’s mystery drama Lost and, after Under the Dome, sought to partner on a new project.

“Then one day I got this crazy-big package in the mail – he didn’t tell me it was coming – and it was proofs for his new book, Mr Mercedes. Needless to say, I was very excited. I read it and immediately wanted to do it for a couple of reasons,” Bender recalls. “One, Stephen King had really never tackled the detective genre before. And the plot was very much the retired detective and the serial killer from the horrible crime he could never solve.”

King had initially suggested his book be turned into a movie, but Bender recognised the opportunity to take more time to delve into Hartsfield’s childhood and his abusive relationship with his mother, perhaps even to illicit some understanding from the audience as to what drove him to commit such an atrocity. But it was the fact that King had written about the monsters inside his characters, rather than those on the outside, that appealed to him most.

“My focus is to tell good stories on whatever platform,” says Bender, a former actor who has also directed episodes of Game of Thrones, The Sopranos and Lost. “Marty Bowen, the exec producer, really planted a seed in my head that this could be a really classy series – meaning cable, which allows you able to make episodes without commercials and that aren’t restricted to 43 minutes and 10 seconds.

“I had some episodes of The Sopranos that were 60 minutes and some that were 47 minutes. [The Sopranos creator] David Chase would cut the show, with HBO’s support, to whatever length he wanted it to be. It allowed you the flexibility to make each episode a movie in of itself that builds the bigger story. I just think it’s an exceptional time for storytellers.”

Bender admits he’s not a big fan of the title ‘showrunner,’ but that’s the role he took up on season one and carries into season two. “I oversee everything. I edit, dub, I do everything,” he admits. “I guess at the end of the day, on Mr Mercedes that’s my job.”

He has also directed 16 of the show’s 20 episodes – eight in each 10-part season – and praises the “brilliant” team assembled around him, in particular the cast led by Gleeson and Treadaway. David E Kelley (Ally McBeal) is the lead writer on the series, which is available outside the US on Starzplay via Amazon Prime Video Channels.

“You might be directing a scene that is a massacre or the finale of season one, which has more production jazz going on, or a scene with Holland Taylor [who plays Hodges’ neighbour Ida] and Brendan Gleeson sitting at a table on her porch playing eight pages of a brilliantly written scene by David Kelley talking about his sex life. But every day you have to keep your eye on the prize and guide it and be open to the creativity around you,” Bender says. “I am surrounded by great technicians and great creative people. I guess the biggest task is to stay open; to trust my instincts but listen to everyone around me and make the 100 decisions you have to make every day.”

Bender took particular care in creating the contrasting worlds of Hodges and Hartsfield, using different camera lenses and lighting styles, or putting the camera closer to or higher above one character than the other. “Yet I never wanted the show to go too far and be self-conscious,” he adds. “I didn’t want anything that takes away from the characters and what they’re up to, and the tension that surrounds them in a particular scene. So I attempted to establish that style and adhere to it with the other directors coming in and still allowing them to be creative.”

King based the massacre at the start of the story, in which Brady mows down dozens of people queuing for a jobs fair, on a real-life incident that took pace several years before cars became the weapon of choice for a spate of terrorist attacks – as London witnessed again this week. So during the planning phase of the series, which is produced by Sonar Entertainment and distributed by Sony Pictures Television, Bender was clear that he didn’t want to embellish or exploit this tragedy for the cameras.

“I didn’t want to do gorgeous, graphic slow-motion of bodies and limbs flying through the air and blood splattering and action music,” he explains. “I wanted this show to be unembellished and raw.”

That decision also led him to refuse a soundtrack for the series, instead introducing music through Hodges’ extensive vinyl collection that he keeps in his house. “It’s the only thing in his life, except for his tortoise Fred, that he takes care of. He plays the songs and we could have that be part of the show,” Bender says. Hartsfield also listens to music, including Ramones track Pet Sematary – just one of several nods to King’s other novels during the series (Brady also wears a clown mask during the massacre, which the book describes as looking eerily like a certain Pennywise the Clown).

“It’s a fine line but I tried to go raw and real and with the rest of the show, I was just thinking back on John Cassavetes’ movies and those extraordinary performances where the camera just sat on some people for a while. That also dictated some of what I wanted to do with the show.”

Plans are already underway for a third season that could combine further elements of King’s novels, perhaps with original storylines too. But will the writers find a way to keep Hartsfield alive for a third run? Bender – who is already working on another King adaptation, The Outsider – teases: “You know, one never knows.”