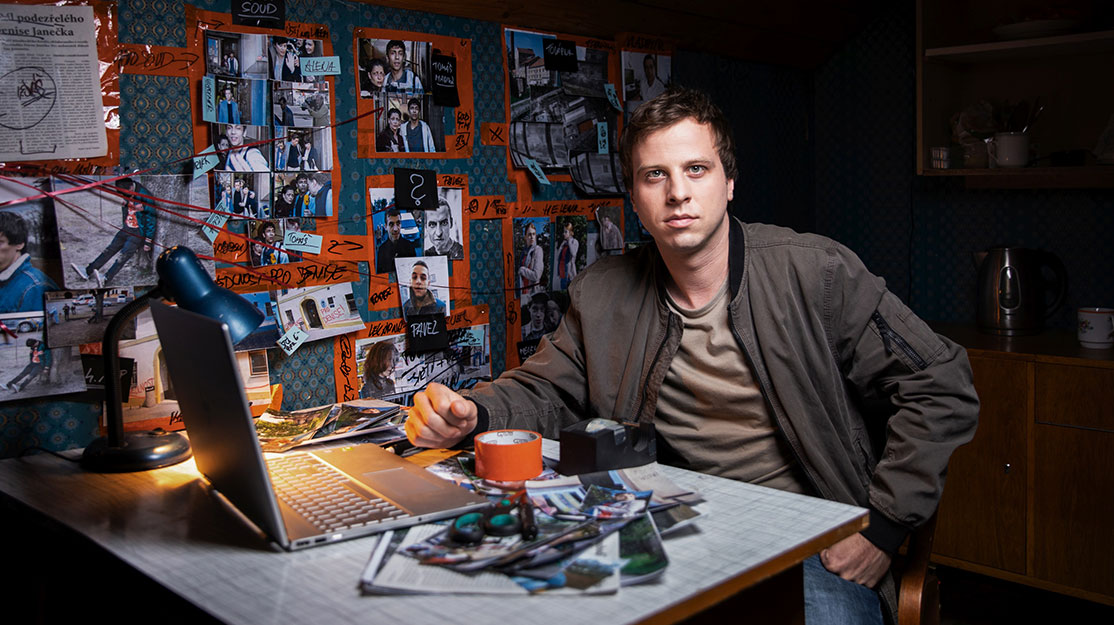 What started as a teaching exercise became a landmark coproduction between Czech Television and Arte in the shape of drama series Lynč (The Lynching). DQ speaks to showrunner Harold Apter about creating the Czech show and bringing the US creative process to Europe.

Czech drama Lynč (The Lynching) tells the story of an outsider, Lukas, who arrives in a small town and begins to investigate a murder, leading to the discovery of secrets and lies hidden among the tight-knit community.

It was another outsider, though, US showrunner Harold Apter, who was instrumental in bringing the series to air.

Apter, whose screenwriting credits include Ryan’s Hope, The Sentinel and Walker, Texas Range had arrived in the Czech Republic as part of teaching exercise to help develop new television writers. The scheme was backed by broadcaster Czech Television and several of the country’s film schools.

The group created several pilots, which were then presented to the broadcaster and its head of content development, Jan Maxa, and Lynč was chosen to be developed further. A six-strong writers room, plus Apter, pieced the story together and wrote the final scripts, with an eight-part series now due to air this year on Czech Television. In a landmark deal, it is also the broadcaster’s first coproduction with Franco-German network Arte, which has picked up the drama to air in 2019.

Script work began back in December 2015, before further development was approved the following June. Five scripts became eight, which were then rewritten, before a decision to change a key part of the story – the killer’s identity – meant figuring out the first three episodes all over again.

“We got to the end and the first episodes were not working as we wanted, which happens a lot,” Apter tells DQ at Série Series, where the series was presented to delegates in Fontainebleau, France. “Last summer we just decided it needed something – more depth – so there was a character who was in jail, but he’s not in jail anymore. Stuff happens to him that’s unexpected and we were able to build Lukas more because this guy gave us more stuff to explore.

“Casting is also really important because if you cast the wrong actor, it doesn’t matter what your story is, it’s not going to work. So we worked really hard on the casting, looking for very specific types of people.”

As well as the unusual origin of the project, Lynč stands out because it is a European drama produced under the US showrunner system, led by Apter. “I’m like a space alien,” says Apter, who also directs the series with Jan Bártek and Klára Jůzová.

“It’s very interesting because there is a clash. It’s about production culture. In the US, people get paid a lot more money to do it. Here, it’s a little more genteel. The result has been really good, but the idea of the writer running things is like anathema, because in the European style, it’s the director. Everybody asks who our director is and I’m like, ‘Well, we have a showrunner.’ It’s been difficult for some people to adapt to it because it is a very different way of addressing the storytelling.”

Apter also had to adapt to the local language, as the drama was filmed in Czech. However, during the two-year development process, the scripts were written and edited in English before one of the writing team translated the finished drafts.

“But in terms of storytelling and what we’re doing, it’s exactly the same as what I’ve done before. Sitting in the editing room’s the same, sitting on the set is the same. You need to get the same kind of things addressed and accomplished.”

But is the showrunner model practical in countries that have not used it before and where shows do not run to the same volume as US network series? Apter says it is “absolutely viable.” He continues: “I really believe there’s a reason why US television plays everywhere. It’s because of this system, because we have a consistency of storytelling that generates from the writer. So the difficulty in adapting this model to European television is that ‘who’s the director?’ question. Maybe you’ll have one director, maybe you’ll have five, but the director is there basically to serve the writer’s story and not the other way around.

“So culturally it’s about breaking out of a system where each creative energy gets to do whatever they want and moving into a situation where you have an ultimate person who’s saying, ‘No, this doesn’t go with my story.’ It’s a question of changing culture.”

The Lynching features an ensemble of characters, led by Lukas, who brings the audience into the story. When he arrives in the town, he is confronted by different families with different problems, including the victim’s family and others who are discovered to be hiding deep dark secrets.

“The idea is that there’s this little town where everybody is very close but nobody really knows what’s going on with anybody else,” Apter says. “It’s about the secrets we keep from other people and ourselves in this little bohemian town. We worked really hard to give each character layers so they’re not exactly who they seem on the surface. One of the first sequences we have is a fair set up in the town with all the characters in disguise, emotionally. Everyone looks happy and then we start to take the masks off. Bit by bit, we find out more, and finally at the end we see what happened.”

It’s that focus on character that Apter believes is key to any drama’s success, noting that it’s the people portrayed on screen that keep viewers in their seats and away from distractions like they would be in a cinema.

“The most important thing about television is how we invest in the characters and their story,” he adds. “That’s where the showrunner system really works, because I’m there to make sure that happens. My only concern is performance and character, and are we telling the story so that each episode meets the next coherently. If you have one that doesn’t, people stop watching.”