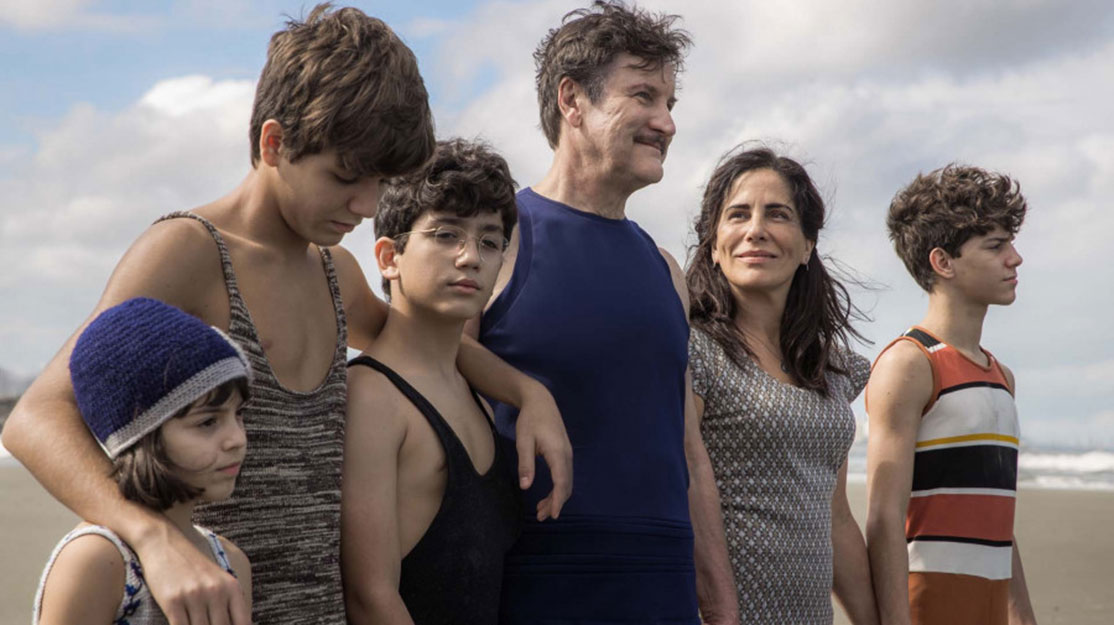 The joy of Six

Éramos Seis (Once We Were Six) writer Ângela Chaves reveals how she brought a modern sensibility to a classic Brazilian novel and explains how music plays an important part in her storytelling.

Maria José Dupré’s Brazilian novel Éramos Seis, first published in 1943, portrays the saga of a struggling family in the early 20th century. Previously adapted for television four times, the story received a fresh retelling in 2019 under the stewardship of head writer Ângela Chaves.

Told from the perspective of matriarch Lola (played by Glória Pires), the story follows her and her husband Júlio, who love each other but come into conflict because they hold different ambitions. For Lola, the home is the soul of the family, but Júlio is intent on getting rich. As they strive for domestic harmony, they face numerous challenges and obstacles in a tale that spans three decades.

Produced by broadcaster Globo, the series ran to more than 150 episodes and is now being sold overseas as a 50-part international version. It was among the most requested series at last month’s LA Virtual Screenings event.

Here, Chaves tells DQ about why she wanted to retell this Brazilian literature classic and the important part music plays in the series.

Ângela, please introduce us to the world of Once We Were Six.
Once We Were Six follows the life and dramas of a family for several years, beginning in the 1920s. It is a story about love, union and the small and big challenges of daily life. Its leading character is Lola, who struggles to raise four children, maintain harmony in the family and pay the bills, particularly after she becomes a widow – all at a time of economic crisis and political instability in the country.

Maria José Dupré’s novel has been adapted several times before. Why did you want to bring it to TV again?
Once We Were Six is an emotional story of an ordinary family struggling with economic and personal difficulties. The novel is an important record of customs and habits of the time, from a female perspective, but it also speaks of timeless feelings. The new version is inspired by the work of writers Silvio de Abreu and Rubens Edwald, who have previously adapted the novel twice – first in 1977 and then in 1994. What motivated me to make this new version was the opportunity to tell a story that transcends time and brings a lot of truth. It’s a telenovela that differs from the classic serial, being a realistic drama, a family saga, in which conflicts are born every in daily life and the villain is not a character but rather life itself and individual choices.

How does this version differ from previous examples?
In this version, female characters are less passive than in the novel, for example, although they live according to their times. There is also more diversity in the characters and plots.

How was the series developed with Globo?
I presented the synopsis of the telenovela, which was evaluated and chosen to fill the 18.00 timeslot. From then on, I wrote the first episodes alone. It was an extensive telenovela, spanning 152 episodes. A team of collaborators then began to write from episode 25. Once the synopsis was approved, director Carlos Araújo and I began having conversations, conceptualising the telenovela, discussing the cast and music and combining deadlines for the production of the scripts. The partnership between the director, the writer and the producers is very important.

What was the writing process behind the show?
My team of writers – Bernardo Guilherme, Daisy Chaves and Juliana Peres – and I looked at the novel and the text of the 1994 adaptation. It was very pleasant and rewarding work. We held weekly meetings where we decided on the paths to write the script. We also had a researcher, Patrica Bruzzi, who helped us throughout the process. In addition, the partnership with director Carlos Araújo was essential to make our ambitions possible and enable the achievement of the project within the budget we had.

How did you plot a series that spans three different decades?
Each decade features Lola’s children at a different stage – as children, youths and then adults. Most of the telenovela takes place during their youth, in which love and drama emerge with more prominence and when Lola becomes a widow and has to learn to take charge of her life.

How do we follow Lola through the story? What major events does she face?
Lola is a fascinating character because, despite going through many difficulties, with small and major tragedies, she refuses to let up. She has to face fights and frustration involving her children, her husband’s infidelity, loss and grief. It’s a story of overcoming challenges – a tribute to so many Brazilian women who do everything for the family, raise their children and look for ways to survive using their effort and creativity.

Which other characters are pivotal to the story and why?
Lola’s sisters have very important and very different stories, with their own dramas and difficulties in love. One of her sisters, Olga, has a lighter and more humorous plot, always grappling with disagreements with her country bumpkin of a boyfriend, Zeca, who embarrasses her. The other sister, Clotilde, has a more dramatic story, as she loves a man who is married – although he is separated from his wife –  and separations and remarriages were not widely accepted at the time. Clotilde suffers because she has her own prejudices and thus gives up this relationship. There is also shop owner Afonso, who is married to Shirley, a long-suffering woman who still loves her old boyfriend, who left her during her pregnancy. The latter reappears to rescue Shirley and her daughter, Inês, who is being raised by Afonso as his own daughter.

How would you describe the visual style of the show and how was this achieved?
It’s a realistic story, so we were very careful to stay true to reality in the visuals and dialogue. We immersed ourselves in extensive research of the time, looking at habits and language. There was civil war and instability in the country, and we needed in-depth knowledge of those troubled times. The show features a circus, and it was very interesting to study what circus attractions were like at the time – there was one they loved, the human cannonball, and we tried to incorporate that into the story.

Where was the series filmed and how was the world of the story created?
For the most part, it was filmed at Estúdios Globo, where we recreated São Paulo in the 1920s, 1930s and 1940s. A survey of interesting locations to tell the story was also carried out. One of the most beautiful sequences was recorded on Santos beach – the family on the beach is a truly beautiful sight.

Two soundtracks to the series have been released. How does music play a part in the show?
Music is very important to me, and I think about it when I write. It’s also very important for director Carlos Araújo. We discussed our thoughts a lot, and our process generally started with us sending music to each other, making suggestions and conceiving ideas together. We held some meetings with the team, which brought many important suggestions from extensive musical research. Carlos created a concept alongside the musical directors, Victor Pozas and Rafael Langoni, who did fantastically, both in creating the beautiful original soundtrack and in promoting re-recordings so that the telenovela would play songs from the time but with a new feel and performed by new artists. The soundtrack was beautiful, involving very special and careful work.

What were the biggest challenges you faced in production?
To retell a story that has been told so many times while also keeping it fresh and giving it a new rhythm. That was a major challenge.

Why might this story appeal to international viewers?
Once We Were Six brings the curiosity of showing the daily life and dramas of a Brazilian family of the time, while having the power to allow global audiences to identify with universal emotions. The story – a family drama – is universal.

Do you think there will be more versions of Once We Were Six in the future?
I think so. A good story never ceases to be interesting. It always renews itself; it never dies.

tagged in: Ângela Chaves, Éramos Seis, Globo, Once We Were Six