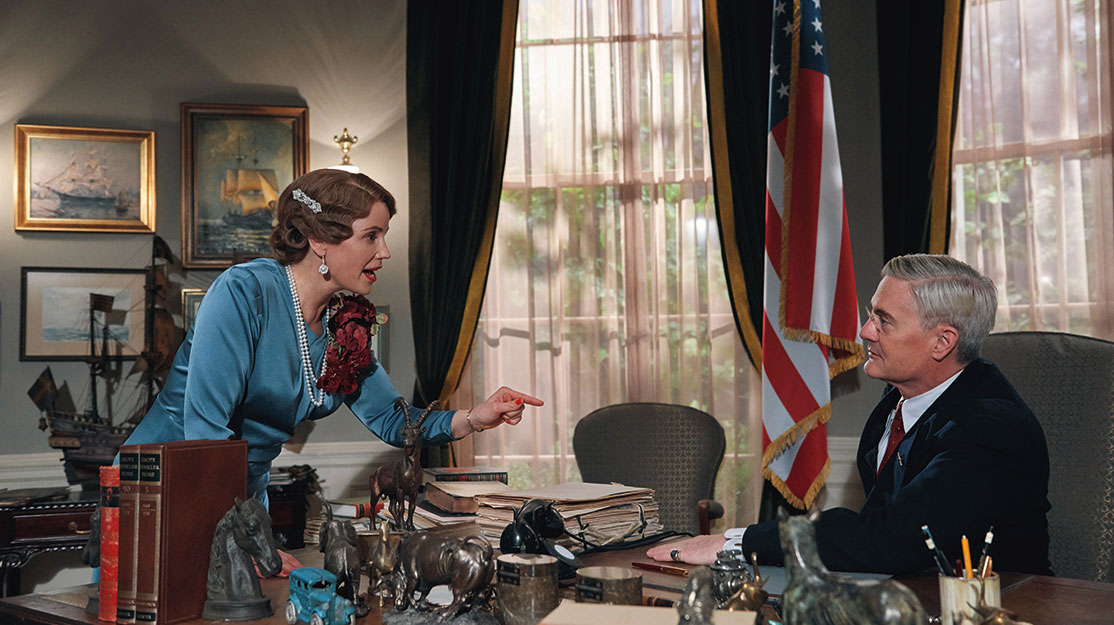 The winner of three International Emmys in six years, Norwegian broadcaster NRK is pushing a streaming-first strategy for edgy, distinctive scripted series. Head of drama Ivar Køhn tells DQ about its success so far and discusses what’s coming next.

A decade ago, in January 2012, Norwegian public broadcaster NRK launched a crime drama that starred The Sopranos’ Steve Van Zandt as a New York gangster trying to start a new life in the isolated town of Lillehammer.

A month later, the show – called Lilyhammer – became the first ever original series to air on a nascent streaming platform called Netflix.

Today, Netflix rolls out hundreds of films and series a year to its 220 million-plus subscribers around the world, while the fate of traditional linear broadcasters hangs in the balance amid rising production costs and falling ratings. But its experience with Netflix led NRK to become a pioneer among traditional networks by pushing a streaming-first policy that has shaped a slate of award-winning dramas.

“It’s fun that Lilyhammer, an NRK series, was the start of regional production at Netflix and then Netflix became big. But at the same time, NRK decided we had to go for streaming. That was the future,” says Ivar Køhn, the broadcaster’s head of drama.

“They more than doubled the budget for drama because drama was the number-one priority for streaming. And instead of searching for a show that fits into a slot [on a channel], we could search for the best show. In streaming, people are responsible for what they watch, and they want to have something that is a little edgy and different. In streaming, you have to stand out. NRK as a public broadcaster adapted to streaming very early, and that also influenced our drama because it made us a little bit different.”

Køhn points to football drama Heimebane (Home Ground) as one of those early series developed with streaming in mind. The show debuted in March 2018 and starred Ane Dahl Torp as the coach of a successful women’s football team who leaves her job to become the first female coach of a Norwegian top-division men’s side. Former footballer John Carew was among the cast.

“It was seen as a typical Sunday night family programme but it was possible to stand out a little bit more because it was about football,” he says. “Everyone was afraid of how that could feel for the audience and it was a big change.”

But it’s Atlantic Crossing and 22 Juli (July 22) that Køhn believes have shown the range of scripted series on offer at NRK. Atlantic Crossing stars Sofia Helin (The Bridge) as Norwegian Crown Princess Märtha, whose efforts to support her country during the Second World War lead her across the Atlantic Ocean to seek refuge in the US at the invitation of President Franklin D Roosevelt (Kyle MacLachlan). July 22, meanwhile, dramatises the infamous terror attacks that struck Oslo and Utøya on that date in 2011, when 77 people were killed, looking at the events that led up to the atrocities from the perspectives of five fictional characters.

“But the most streaming-friendly series we discovered from our side was Exit, which nobody thought could be on a public broadcaster,” Køhn says about the show that made history by drawing more viewers online than on television. Writer/director Øysten Karlsen’s series is based on true stories from Oslo’s financial world and follows four 30-something friends who use drugs, prostitutes and other means of debauchery to escape the everyday pressures of their lives.

“We went into this show because we didn’t have any programmes for male viewers,” he says. “When you quit thinking about slots, you think more about who the target audience is, and we thought Exit was good. It was very well written and it was great to read. It was very edgy but we thought men would like to see it, and that was our target audience. But now it seems everyone wants to see it and discuss it. For me, that was an eye-opener in terms of how streaming is working now. It has to be good, it has to work but it also has to be edgy and dare to tell something a little differently.”

Other NRK shows to have found international success include political thriller Nobel, breakout young-adult series Skam, period drama Lykkeland (State of Happiness) and Jordbrukerne (Countrymen), in which four men with dubious plans move to a farm in the countryside and reluctantly become the founders of Norway’s first halal cheesemaking business.

Køhn says writers working with NRK have a lot of freedom to express themselves in their series. “We’ve had situations where we don’t agree with the writers or showrunners and we say, ‘OK, you decide,’” he says. “We have a culture where we believe strongly in the writers and creatives. But of course our executive producers follow the process very closely, and the discussion we have is more about structure, about how people watch drama these days and the fact that we need to get very fast to the point [of the story].

“It’s about the experience. It’s not what they say in the show but more about how they say it and whether this is the best way, or if it stops people from watching. We want people to watch, so we want to better understand the behaviour of the audience and meet what we think they need, not necessarily what they want.”

After eight years at NRK, Køhn is now taking on a new challenge as CEO of Rubicon, the production company that made Lilyhammer, taking up the role on May 1. But he is leaving the broadcaster with a slate he believes offers more of the edgy, unexpected and compelling dramas for which it has become known.

Makta (Power Play), from Heimebane writer Johan Fasting, serves up an unusual blend of period, factual and contemporary drama, with a story set in 1974 but filmed against the backdrop of modern Oslo. The comedy, due to begin production in April, follows the rise to power of Gro Harlem Brundtland, Norway’s first female prime minister, who stands against the tactics and scheming of modern politics. It is produced by Motlys and Novemberfilm.

“A lot of people have said they want to do something about her, and that time period is also a time of change in Norway and an important time,” Køhn says. “But the way we decided to do it is more about a power play. In the beginning, it’s not so much about Gro Harlem as a character; it’s more about other people in the Labour Party and how politics works, and it works in the same way today.

“But it’s not a costume drama. We are shooting it in contemporary locations, so everything is shot as it is today, with maybe a little taste of the 70s. The actors will look a little like they’re in the 70s. They will not have mobile phones. It’s a period piece, but we play with the way of doing it. I know we could have done it very traditionally but we are doing it very differently. It’s going to be hilarious and it will work very well, but it’s really something else.”

Another new series airing this year is NRK-produced Gutta på skauen (Company Thorvald), a black comedy set among the resistance groups formed in Norway during the Second World War. While some such groups were praised and honoured, others sacrificed little and were forgotten. The show focuses on one of the latter, following Thorvald, Kåre, Leif, Alf and Sverre in the woods outside of Oslo in 1941. They have great ambition, but struggle with motivation, ability and execution.

“In Norway, there is still a lot of respect for people who fought during the Second World War, especially the people at home creating resistance groups,” Køhn says. “We were raised on stories of these people in the forests, the heroes of Norway. We have a lot of films also about these people. Now we are doing that but with a little less respect. This is not a story about the people who were fighting; this is about the people who thought it was good to get out into the forest and away from family life.”

The exec also highlights forthcoming Monster-produced drama Etterglød (Afterglow), which centres on a mother-of-three who is diagnosed with cancer and looks at how she, her family and friends all deal with the news. “It’s a very emotional, contemporary story about something a lot of us get close to,” Køhn says. “This is a very touching story but very funny and entertaining as well.”

It all adds up to a brand of Norwegian drama that is recognised around the world, while Køhn has been vindicated in his decision to push away from the type of crime series that continue to fuel the demand for Nordic noir.

Yet while NRK has been forward-thinking in its focus on streaming, he still believes there is more work to be done to match the ambition of global giants such as Netflix. “We do things we think are important for our audience. But the streaming market is evolving and the difficult thing is, because the public broadcasters in Europe are so late to streaming, it’s hard to get them on board [coproductions] because they don’t fit into their slots,” he adds.

“The challenge today is how public broadcasters can unite or stand together in some way to bring drama to their audience. If we don’t stand together, everything will be taken by the streamers and we will lose. The role we have to support that kind of content is important.”