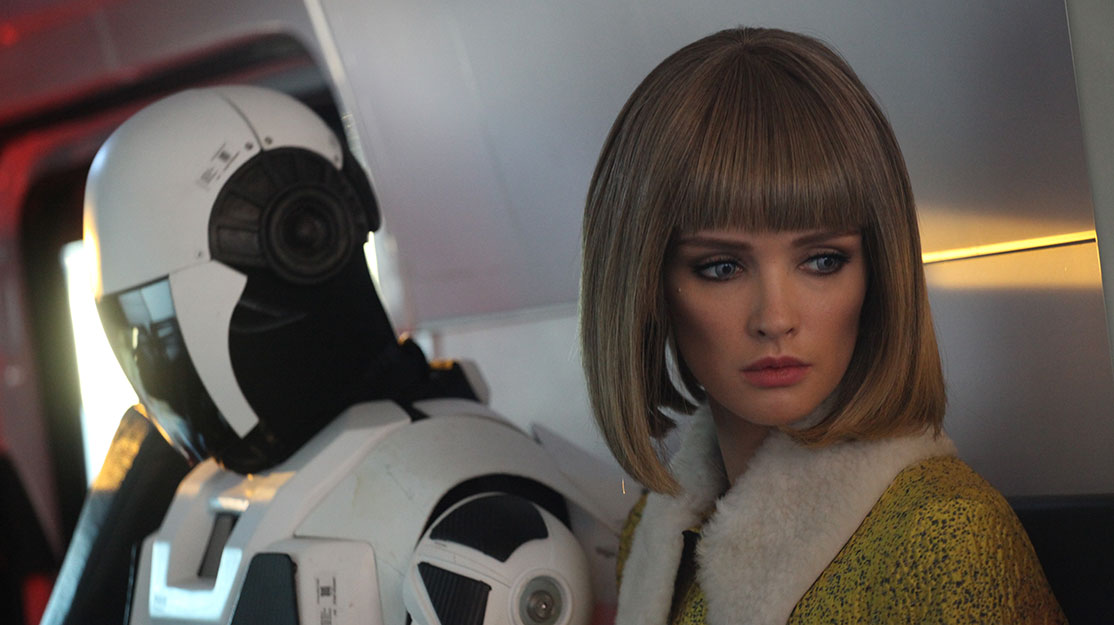 Andy Fry casts his eye over this year’s selection for the MipTV Drama Screenings and finds an eclectic mix vying for the awards on offer.

In 2016, MipTV organiser Reed Midem decided to celebrate the global boom in scripted TV by launching its own drama awards. Dubbed the MipDrama Screenings, the first year was such a hit with buyers that the event has been brought back for 2017.

Just like last year, 12 finalists have been pre-selected for the awards in Cannes by an advisory board made up of experienced buyers. These shows will now compete for three awards – one decided by a jury of producers, another by critics and a third by buyers, who get to vote for their favourite show after screenings.

There are a couple of points about the MipDrama Screenings that make them particularly interesting. The first is that they focus on non-US titles, meaning that producers from less high-profile markets get a better chance to stand out from the crowd.

This year’s 12 comprise dramas from the UK (three), Germany (two), Russia (two), Canada, France, Denmark, Norway and Brazil. This echoes the story last year when Public Enemy, a drama from Belgium, was selected as the event’s top drama.

The second is that they are all new titles, which means many of them haven’t had much market exposure until now. A couple, like Babylon Berlin and Ride Upon the Storm, have been flagged up for a while – but this is not an awards programme for endlessly returning series like Game of Thrones or American Horror Story. In fact, around half the series being showcased are still in the middle of production.

So what can we learn from the 12 finalists? Well, in terms of subject matter, several deal with themes that have been pretty prominent in film and TV drama recently. Federation Entertainment’s Bad Banks, for example, is a new look at the world of big finance, while Sky Vision’s Bad Blood is a gangster series based on a true story.

All Media Company’s Russian drama Better Than Us (pictured top) is an exploration of AI’s role in our lives, while TV Globo’s Jailers is a new take on prison drama – this time from the point of view of guards, rather than inmates.

There are also a couple of cop shows, though perhaps not the kind we’re used to. The Territory, for example, is an eight-part drama from Sreda Production in Russia. The story is set in a town where a series of ritualistic murders take place. As a result, a pugnacious detective is called in to deal with the situation.

There is also Germany’s Babylon Berlin, a high-end drama series based on the thrillers by Volker Kutscher. Set in 1920s Berlin with Tom Tykwer as showrunner, this could be one of the landmark series of the year if it lives up to the hype.

The rest of the finalists tackle an eclectic and unusual range of subjects. For example, Missions, distributed by AB International, is a futuristic thriller focused on a Mars mission that goes wrong. While we’ve seen Mars as the focus of films and documentary series, this is the first recent TV drama to come to market (though others are in the pipeline).

Ride Upon the Storm is another leftfield drama. From Borgen creator Adam Price and produced by DR Drama in coproduction with Arte France and SAM le Francais, this is a story about faith, both in the traditional religious sense and in the wider context of what it is that guides us through our existence. It centres on an alcoholic, abusive priest and his two sons.

Faith may seem like a tough subject for a TV drama, but after Borgen (politics) and Follow the Money (finance), DR Drama is as likely as any to pull it off. Speaking about the series, Price says: “Despite the fact the Danes might not see themselves as a religious nation, we are surrounded by faith in our daily life. Faith fills the public debate – when atheists encourage people to leave the church, when we discuss integration, the refugee crisis, terrorism or the US presidential election. But also when we nurture mindfulness, ‘hipster Buddhism’ or the familiar blend of superstition and spirituality.”

Interestingly, the other Scandi finalist goes to the other end of the moral spectrum. Produced by HandsUp Stockholm for Viaplay Nordic, Veni Vidi Vici tells the story of a failing movie director who attempts to revive his career by working in the adult entertainment industry. However, this suspect career move forces him into a double life that threatens his family.

The show is part of Viaplay’s push into original drama. Explaining why his company backed the show, Viaplay CEO Jonas Karlén says: “We are convinced combining acquired TV dramas such as Empire and Blacklist with original Nordic drama is our future. Viaplay will take the lead on original productions in the Nordics, with 50 projects in the pipeline until 2020 with great stories that also have the potential to travel.”

A strong UK pool consists of ITV’s Fearless, Channel 4’s Gap Year and the BBC’s Clique – projects that all benefit from having strong writers at the tiller. Fearless, for example, is from Patrick Harbinson (Homeland). Starring Helen McCrory (Peaky Blinders), it tells the story of a solicitor who gets caught up in a political mystery while investigating the killing of a schoolgirl.

“Fearless is a legal thriller, but one that’s written in the crash zone where law and politics collide,” says Harbinson. “The so-called War on Terror has put serious stress on the workings of the law. National security justifies all sorts of police and state over-reach, and the majority of us accept this. So I wanted to create a character who challenges these assumptions.”

The other two UK entries are novel attempts to appeal to a younger audience – something TV drama desperately needs to do. Gap Year, written by Tom Basden (Fresh Meat) and distributed by Entertainment One, tells the story of a group of young travellers heading off on a three-month trip around Asia.

All3Media International’s Clique, created by Jess Brittain (Skins), is about two best friends drawn into an elite circle of alpha girls led by lecturer Jude McDermid in their first few weeks at university in Edinburgh. “It is about the different ways ambition plays out in young women at university,” says Brittain. “It’s a heightened version of a certain type of uni experience, pulled from my time at uni, then ramped up a few notches into a psychological thriller.”

In terms of the mechanics of the above shows, a few have been set up as coproductions, but for the most part they are centred around a strong central vision that originates in one territory. The impression is that the advisory board favoured shows that seek to tell local stories with universal themes. It’s also noticeable that most of them have a limited series feel to them. While this doesn’t preclude them from returning, it confirms the impression that the scripted sector outside the US is most comfortable in the six-to-10-episode range, working with season-long narratives rather than story-of-the-week projects.

Some of the talent involved is well established: Tykwer, Harbinson, Basden and Price, for example. But the overall list looks like a serious attempt to give buyers some interesting new angles,rather than simply showcasing big MipTV clients.

Finally, of course, it’s worth asking: is entering worth the effort? Well, the experience of Public Enemy would suggest so. Barely known before MipTV last year, the show was later sold by Banijay Rights to a wide range of broadcasters including TF1 and Sky Atlantic. So the message seems to be that creative recognition at the awards can have a financial pay-off.