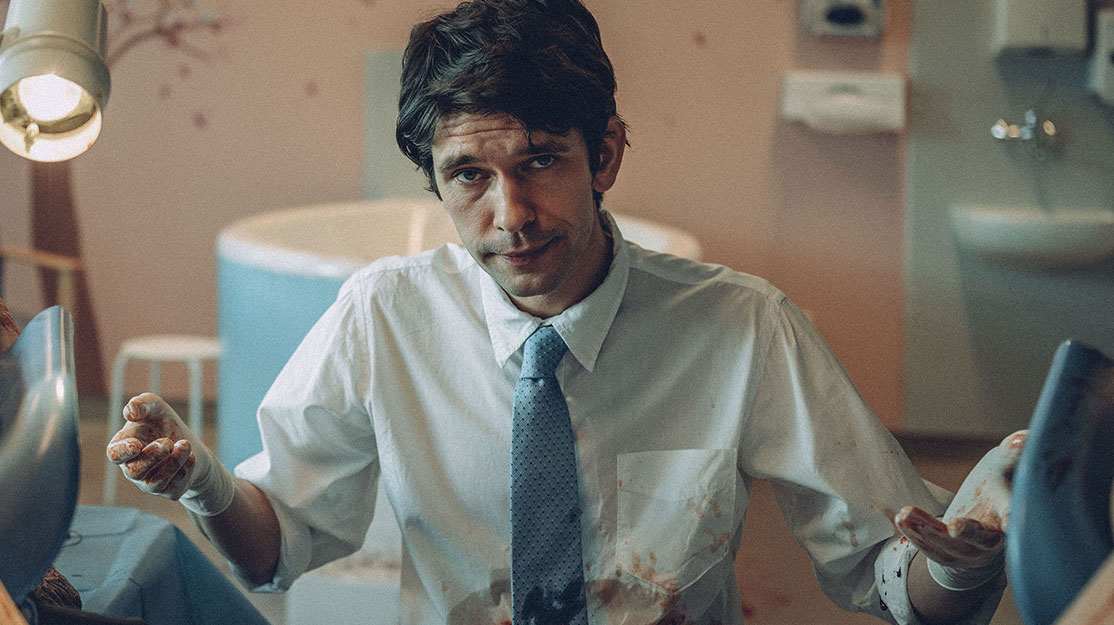 The BBC and AMC’s adaptation of doctor-turned-comedian Adam Kay’s bestselling memoir This is Going to Hurt promises to be a (genital) warts-and-all depiction of life working on the wards and the toll the job can take back home.

One iconic British institution will depict another when the BBC airs its adaptation of a chronically successful memoir that gives a searing, unflinching insight into what life is really like for junior doctors working in the country’s National Health Service (NHS).

Charlotte Moore, the UK pubcaster’s chief content officer, says the “honest, hilarious and heartbreaking” This is Going to Hurt couldn’t be timelier or more relevant. As the NHS faces one of its most challenging periods yet due to widespread staff shortages and the ongoing pressures caused by the Covid-19 pandemic, it’s hard to disagree with her.

The seven-part series, produced by Sister, Terrible Productions, BBC Studios and AMC Studios, follows a man working his way up through the ranks of hospital hierarchy while being broken down by the long hours and stressful decisions he must make in the department of obstetrics and gynaecology.

That man is Adam Kay, the on-screen version of whom we see in 2006, junior enough to suffer the crippling hours, but senior enough to face a constant barrage of terrifying responsibilities. He is played by Ben Whishaw, who was convinced by Kay to take on the role over a glass of wine, when Kay told the A Very English Scandal, Skyfall and Paddington star the adaptation would be a love letter to the NHS.

“I thought that sounded like a good thing,” says Whishaw during a virtual Q&A panel about the show, which launches in the UK on BBC One and BBC iPlayer today.

This is Going to Hurt was filmed while the UK was in lockdown last year, something that never would have crossed the mind of execs at Sister when they won the TV rights to the book prior to its publication back in 2017 in a competitive 12-way auction.

Based on diaries written during the six years Kay spent as a junior doctor in the 2000s working 97-hour weeks, This is Going to Hurt has been a publishing sensation, selling more than 2.5 million copies to date and being translated into 37 languages.

The BBC greenlit the series in 2018 and US cable network AMC joined as a coproducer in 2020. Created, written and executive produced by doctor-turned-comedian Kay, it is produced by Holly Pullinger (Don’t Forget the Driver), with Bafta winner Lucy Forbes (In My Skin) directing the first four episodes and Tom Kingsley (Ghosts) helming the final three. International distribution of the series is being handled by BBC Studios.

But the show is not your traditional medical drama, that’s for sure. ‘Authentic’ is the operative word when describing its look and feel, while the blistering honesty of Kay’s memoir is recreated with Whishaw frequently speaking down the camera to the audience.

“We anchored everything in naturalism as much as we possibly could,” explains Forbes. “It had to feel real. I wanted to make sure we were strapped in next to the characters, not observing them. I didn’t want it to feel like just another medical drama. We lent into naturalistic lighting and kept the camera moving to make it feel raw and gritty. And we worked really hard on colour palettes to elevate it as much as possible.

“I really wanted to avoid an overly lit, whitewashed sort of hospital, so we approached it in a very filmic way and used available and practical light as much as possible. We shot it handheld so we could live and breathe and react to the story that was playing out in front of us. We had the incredible cinematographer Benedict Spence who had made it look beautiful and found so much beauty in the mundane.”

Colour was also an important factor for the director. “Ultimately, a hospital is a very recognisable place, but we worked hard to give it its own look without breaking the spell and keeping it authentic,” she continues. “For example, Emma Rees, our costume designer, created our own shade of scrubs so they felt familiar but they fitted into the colour palette that we wanted.

“I had an incredibly talented team of HODs [heads of departments] who worked very hard. Our design team, headed by Dick Lunn and Anna Kasabova, built and dressed a fully working hospital ward from scratch, in the middle of a pandemic. And Niamh Morrison, our hair and make-up designer, did the most incredible job of not only making Ben Whishaw look completely knackered the whole time but also finding the perfect looks for our day players to help sell their characters instantly.”

Indeed, the pressure, the tiredness and the gallows humour often required to deal with the trauma of being a junior doctor are all there to be seen on screen, creating a piece of work that is a stark reminder of the vital role played by 1.4 million people working in the NHS at any time, not just during a public health crisis.

As well as the visual aesthetic of the show, the creative team were also at pains to ensure its tonal balance reflected the realities of real life on a labour ward, where comedy and drama are often entwined.

Kay had the unenviable task of transferring the dark humour of his diaries from the page to screen and admits he wasn’t sure it would be performable, until he saw the cast and crew work together. “They make it feel true and real. It couldn’t be 100% drama or 100% comedy, so it had to have some big gear shifts, as often happens on a labour ward, when a hilarious thing can happen followed by something absolutely heartbreaking,” he says.

Whishaw is joined by newcomer Ambika Mod, who plays Shruti, a junior doctor just starting in obstetrics and gynaecology. Naturally bright, diligent and caring, she has everything it takes to be a great doctor, but the job still finds ways to throw her into chaos and doubt.

Mod, whose background lies in comedy, says the humour running through the show offered her an entry point that otherwise would have made acting in a medical drama a much tougher task. “The fact it was so interlaced with comedy was my way in. Having those lighter moments, which take place in every scene, made it a lot more playable. There’s a tone shift in every scene and at any moment something can change, which feels so realistic,” the actor says. “There’s absolutely nothing shiny about the show. It’s funny, it’s cruel, it’s disgusting, it’s gruesome. It’s a no-holds-barred depiction of the NHS.”

Another way the producers brought some more realism to the screen was by having Whishaw and Mod learn how to do caesareans and other procedures from three medical advisors. “They’ve been here every day to answer any questions anyone has about any aspect of how anything here would work in reality. And that’s been amazing,” says Whishaw.

“It was just such a privilege to be able to work with the prosthetics. The way they were put together, the way they worked, they were so realistic. We didn’t cut corners with any of the medical stuff – all the layers that would really be in a stomach and involved in that procedure, they were in there. And it was disgusting!”

Consider that a warning not to watch This is Going to Hurt with your dinner. But what are some of the key things Kay wants viewers to take away from watching the show? “For me, success for the show isn’t about how many people watch it. It’s if people can start to think more about the humans underneath the scrubs and the stethoscopes. Because that’s something we don’t think enough about,” he says. “You don’t want to think that the people looking after you are human, because humans make mistakes. But they are.”

Kay adds that he hopes audiences will “laugh… cry… and realise more than ever what an amazing and precious thing we have in the NHS and how much more we need to do to look after the people who work there. And for the brilliant people who work in the NHS, I hope they feel that I’ve done their story justice.”