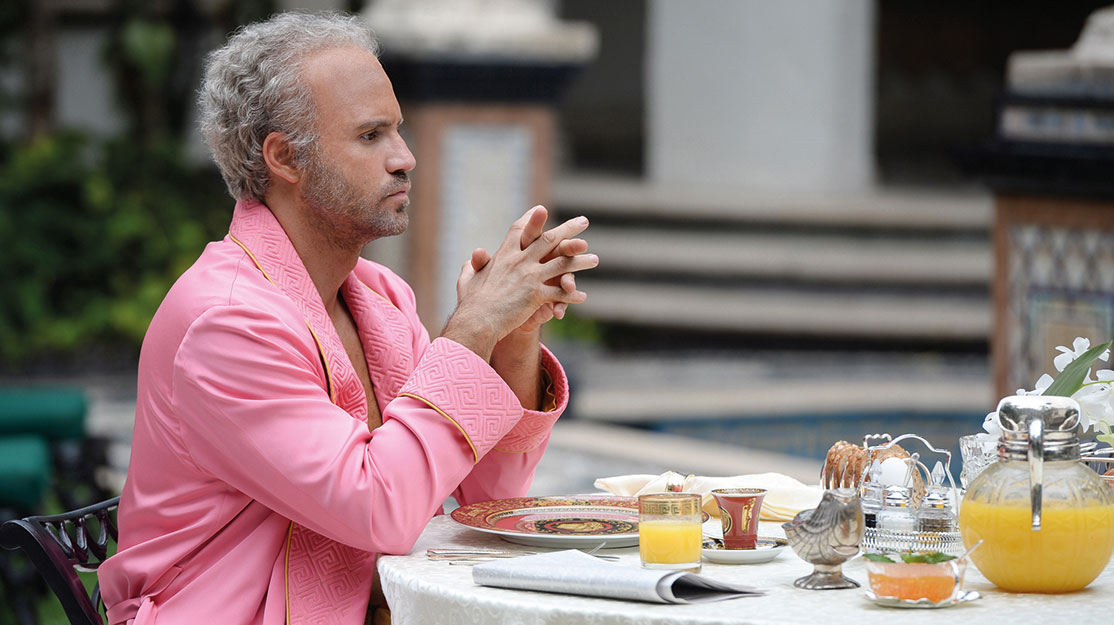 Factual dramas are a staple of the scripted television landscape and can often be relied upon to bring in big ratings. DQ explores how these series are developed and brought to air, with contributions from the writers behind Waco and Kiri.

It’s a well-established fact that telling true stories through the lens of TV drama can work wonders in terms of ratings. Tanya Lopez, executive VP of movies, limited series and original movie acquisitions for A+E’s Lifetime and Lifetime Movie Network, says: “The right story can be a magnet for curious audiences. That feeling of ‘I can’t believe this happened’ is a real hook.” Beyond the initial thrill of recognising real-life events, Lopez says “viewers then really like to get into the detail of a story, to find out things they didn’t know or see a new point of view.”

One of the most recent true-life stories to roll off the Lifetime production line is Cocaine Grandmother, which stars Catherine Zeta-Jones as Griselda Blanco, a highly successful Miami-based drug lord who is reputed to have ordered 200 murders during her reign of terror in the 1970s and 1980s.

As a starting point for true-life projects, Lopez says she likes to have some IP to work with, such as a book or a documentary, but adds that Lifetime’s approach is not to take too much dramatic licence with its central characters. “The audience trusts us to tell the truth and we don’t want to deceive them. Where the dramatic licence does tend to come in is with the fourth or fifth lead characters where you might bundle a number of real-life figures into one composite. This can help to provide a frame of reference for the audience.”

In the case of 2017 real-life drama Flint, which investigated a toxic water scandal in the state of Michigan, “the story is told through the eyes of three women – two of whom are real-life characters that we had the rights to and a third who is a composite,” says Lopez. “That allowed us to draw attention to the issues affecting the people of Flint in the right way.”

Historically, factual dramas have tended to live in the world of feature-length biopics or miniseries. But if there has been a recent trend, it has been towards extended exposition over a number of episodes or, in some cases, seasons. FX proved this could work in 2016 with American Crime Story: The People vs OJ Simpson, a superbly cast series that won awards, achieved strong ratings in the US and sold in international distribution.

Based on Jeffrey Toobin’s book, The Run of His Life: The People v OJ Simpson, the tone of this Ryan Murphy-produced series was harder edged than the content on Lifetime. And for this reason it also attracted some criticism from those depicted in the series. In an interview with The New York Post, Mark Furhman, a police officer who comes out of the series in a bad light, said: “In a time when Americans read less and less and investigative journalism is on vacation, it is sad that this movie will be the historical word on this trial.” Other critics included relatives of the two murder victims, Ron Goldman and Nicole Brown, who complained about a lack of consultation.

These complaints highlight a potential challenge with fact-based drama, which is that there are inevitably going to be differing opinions about how events are portrayed. FX has run into a similar situation with its new Crime Story series: The Assassination of Gianni Versace (pictured top), which launched this winter.

As with the OJ project, there is a best-selling book at the heart of the project – Vulgar Favors by Maureen Orth. The book is generally recognised as well researched but has been dismissed by the Versace family as scurrilous. In a statement, the family said: “Since Versace did not authorise the book on which it is partly based nor has it taken part in the writing of the screenplay, this TV series should be considered as fiction.”

FX has stuck to its guns, saying it “stands by the meticulous reporting of Ms Orth.” And short of a legal challenge by the Versace family, it’s likely that the only practical outcome of the dispute will be more promotion for both channel and brand.

So what draws TV writers to these projects? The potential for ratings can’t be ignored, but just as often it seems rooted in indignation that a story has not been adequately reported or followed up on by authorities. Nicole Taylor’s award-winning Three Girls is a compelling insight into the lives of vulnerable teenage girls, while Jimmy McGovern’s work is often an expression of the injustice that those involved feel. Recently, McGovern wrote Reg for the BBC, in which Tim Roth played Reg Keys, the father of a murdered serviceman who stood against Tony Blair in the 2005 UK general election. McGovern also penned ITV’s Hillsborough, a dramatisation of the 1989 Hillsborough disaster in which 96 football supporters died. This film has been screened four times since it first aired in 1996 and also laid the foundations for a new ITV production called Anne, made by World Productions (Little Boy Blue).

Back in the US, Paramount Network has just aired Waco, a six-part miniseries about the 1993 Waco siege, a stand-off between US law enforcement agencies and a religious group called The Branch Davidians that were holed up in a Texas compound. After 51 days, the stand-off ended with 76 people being killed. According to the show’s writers, Drew and John Erick Dowdle, the trigger for this project was reading A Place Called Waco, an account of the siege by one of the few survivors, David Thibodeau. That, say the brothers, was the start of a painstaking research process that lasted four years and involved interviews with participants on both sides, as well as months of listening to transcripts and examining forensic reports.

The end result was that “we uncovered a different story to the one we’d been hearing for years,” says John Erick. “Waco is such a seminal moment in US history but there is so little about the people who were in the compound – how they got there and what they were like. They are presented as mindless cultists but a lot of them were discerning, educated people. We wanted to get beyond the image most people have of Waco, which is of tanks rolling in to break the siege.”

Waco tells the story from both sides, exploring the law enforcement failures and the personality of David Koresh, the charismatic leader of the Branch Davidians (played by Taylor Kitsch). While Koresh had his dark, disturbing side, he was a far more compelling character than the writers expected. “We went in expecting to find a crazy, malicious person, but he had a funny, light-hearted side that appealed to people,” says Drew. “For all his flaws, he was a gifted communicator and leader.”

A key challenge for the writers, however, was finding a way into the law enforcement side of the story. “Eventually we found it in the shape of FBI chief negotiator Gary Noesner, whose involvement allowed us to provide a compassionate two-sided version of events,” John Erick says. “Gary ran negotiations for the first part of the siege and was convinced that any attempt to take the compound by force would be doomed to fail. But ultimately he was overruled.”

‘Why now?’ is always a key question in the decision to tell a fact-based story. In Waco’s case, Drew says the brothers were drawn to the project because the issue of proportionate law enforcement remains critical. “If anything, Waco seems even more relevant now than when we started researching. The breakdown of truth we are witnessing makes Waco seem even more relevant, because it was a kind of Kafkaesque nightmare played out on the world stage.”

Of course, one of the problems with fact-based drama is that writers are inevitably limited by the parameters of their subject matter. For this reason, there is also a strong strand of work that takes a fictionalised approach to factual scenarios. UK writer Jack Thorne, for example, has produced a couple of compelling pieces in this vein – National Treasure, which tackled the high-profile issue of historic sex abuse allegations against celebrities, and Kiri, which delved into the raw and emotive world of interracial adoption and fostering.

“My starting point is to explore stories I don’t know the answers to,” Thorne explains. “The issue behind National Treasure felt very tricky to me – because the police felt they had to put people’s names in the spotlight to encourage potential victims to come forward. But this created a presumption of guilt.”

Kiri started with another unanswerable question, says Thorne, arising from the notion that black children should only be adopted by families of their own ethnicity. “But what do you do about the fact that there are more black children awaiting adoption than can be placed within black families?”

Thorne says he particularly likes “talking to experts who are passionate about what they do and have a sense of what is morally right.” Some of this clearly creeps into Kiri, in which Sarah Lancashire plays Miriam, a social worker hung out to dry by the system because a judgement call seemingly leads to a bad outcome. Flawed and impetuous she may be, but most viewers will come away from Kiri believing the world would be a better place if there were more Miriams to turn to.

Thorne shares some of the Dowdles’ concerns about the dissemination of information, observing how “Twitter is sending us all mad with what it is doing to the news agenda. What I really try to do with all my stuff is encourage a discussion afterwards. TV is great at generating debate, and I love that.”

The importance of fact-based drama has also been evident in Australia, where a string of high-profile biopics have played a key role in helping the domestic scripted sector bounce back.

Interestingly, the Aussie thirst for biopics has thrown up a couple of other issues with factual drama – namely that good subjects can soon run out and the stories don’t necessarily travel well overseas. At a recent Screen Producers Australia event in Melbourne, Posie Graeme-Evans, who created McLeod’s Daughters, speculated about whether the industry had reached “peak ‘Famous Australian,’” adding: “Biopics based on the B-list… are not quite the same.”

And while biopics “play brilliantly at home” she continued, “time and sales have suggested that not all do quite so well in the overseas market.”