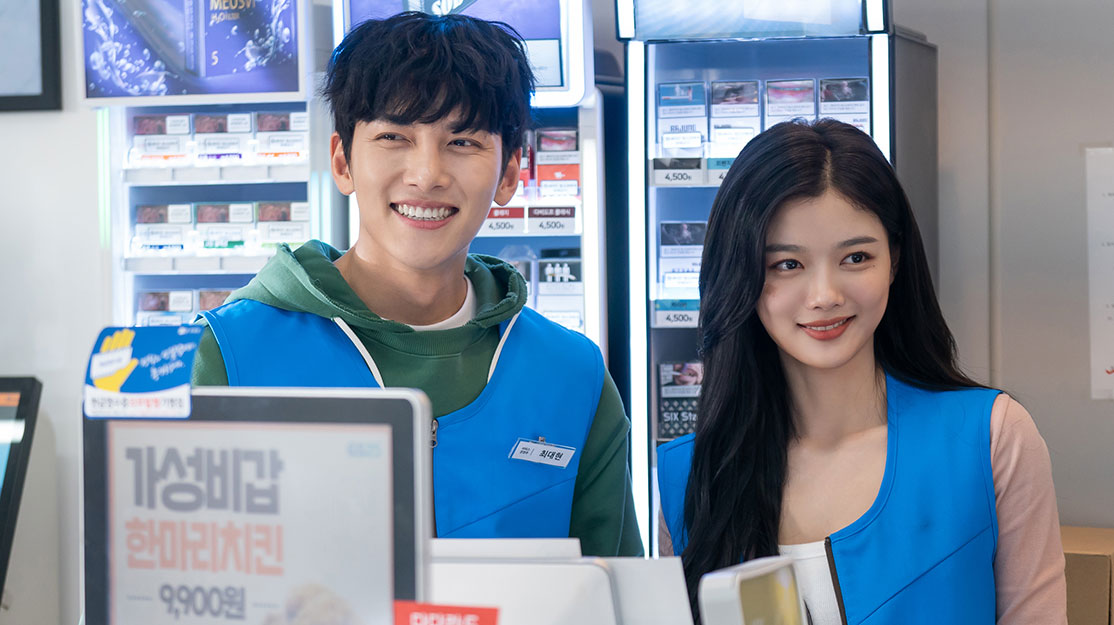 Since its debut in June this year, Korean drama Backstreet Rookie has won legions of fans at home and across Asia.

It first aired in Korea on SBS and later ran on Lifetime, after becoming the first Korean drama to receive investment from Lifetime owner and global broadcaster A+E Networks. Having also become one of the highest-rated shows on streamer iQiyi in Indonesia, Malaysia, the Philippines, Singapore, Taiwan, Thailand and Vietnam, Backstreet Rookie is now set to air on U-Next in Japan.

Starring Ji Chang-wook as Choi Dae-hyun and Kim Yoo-jung as Jung Saet-byul, the series is produced by Taewon Entertainment.

Here, producer Taewon Jung, CEO of Taewon Entertainment, and director Myoungwoo Lee discuss adapting the show from a webtoon – a Korean digital comic – casting the series, and why the show has struck a chord with audiences across Asia.

Tell us about the story of Backstreet Rookie.
Lee: We often use the word ‘destiny’ when we talk about love. Backstreet Rookie is actually a simple and ordinary love story that we often encounter around us. It is honest and lighthearted. The two protagonists, who once literally brushed past each other, get to meet again three years later at a convenience store.
Choi Dae-hyun, the owner of the store, recognises Jung Saet-byul, who comes for an interview to the store to work part-time. He recalls some bad memories from the past and tries to fire her. But the more he tries to do so, the more he falls in love with her gem-like appeal and sincerity.

What are the origins of the series?
Jung: Park Seong-gyun, a film director in our company who also worked with us on the 2007 movie Three Kims, brought the original webtoon to us and suggested we turn it into a film.

Why did the webtoon stand out as a potential TV drama?
Lee: I loved the fact that it all happens in a convenience store, which is a space where anyone can pass by around the clock, and the store and its patrons never go to sleep. It is a space where the tired and hungry go to get some consolation. The story between the young man and woman happens in such a space. I intuitively knew we could tell a warm and popular story about ordinary people if made well. I thus speedily decided to join the project and started the production soon afterwards.
Jung: We first planned to produce it as a film, following Park’s suggestion. But during the production planning, we realised it would be better to produce it as a TV series first before turning it into a movie.

How did you approach adapting the source material?
Lee: Given that the original webtoon’s narrative structure was rather weak, I had to reinforce the character of the male protagonist to make a miniseries with 16 episodes. Compared to Saet-byul, who had a clear character arc, Dae-hyun’s character needed more strength to lead the series.
I spent much time fine-tuning the series of events that happen when he breaks up with his girlfriend after many conflicts. I paid particular attention to depicting his daily life as realistically as possible so the character would not look artificially fabricated, despite this being a TV series that leaves some room for fantasy.
As for Saet-byul, I tried to express her character as boldly and coolly as possible. I composed the story so that in situations that could feel stuffy, her bold actions would lighten up the story. I got rid of the mature themes from the original webtoon and instead added comic scenes for more dramatic fun.

How would you describe the writing process?
Jung: We transformed the original webtoon into a TV series with writer Son Geun-joo [who wrote Backstreet Rookie], who has worked with our company on several other productions. We took out the more ‘suggestive’ elements of the original webtoon while preserving the characters’ appeal.
Lee: While ceaselessly amending the storyline for each episode with the writer, I built the story around Dae-hyun and Saet-byul. I worked on the story every four episodes and, whenever the script for each episode was completed, I amended and added to the story when necessary.
I frequently held meetings to work on the overall story and the detailed storyline of each episode. Because everything was created, other than the character setting that was brought from the original webtoon, I did not fully rely on the original story. What is particularly different from the original story is I tried hard to make Dae-hyun loved by the viewers. This was because Dae-hyun’s character could possibly have looked wishy-washy and unrealistic otherwise.

Why did you cast Ji Chang-wook and Kim Yoo-jung in the lead roles?
Lee: Kim Yoo-jung plays Saet-byul, who is like a character that pops out of a cartoon. Because Saet-byul is in her early 20s in the story, Kim was just the right person to cast. I was a bit worried she could look too young, because she was so famous as a child actor. However, after the first meeting, I was confident I could transform her image. She could make the character stand out better because she has the image of both a young girl and a young woman. Her deep voice also added strength to her character.
As for Ji Chang-wook, his image as a prim and proper young man played a major part in our casting him. His bright and positive character also helped express Dae-hyun well. I wanted Dae-hyun to be played by an actor who would make viewers feel good when watching the series. I could equally not overlook his great impact as a Korean Wave star [referring to the international export of Korean culture]. I believe this played a big role in making the series so popular.

Jung: Because our goal was to produce a global TV series from the planning stage, we had to cast actors who are famous worldwide. Ji Chang-wook is not only an actor who is popular in Asia but also the perfect person to play the character in the series. For Saet-byul, the first person who came to our minds was Kim Yoo-jung, and she was indeed the right person to take on the role.

Myoungwoo Lee, how did you work with the actors?
Lee: I tried hard to create an ambience wherein the actors could comfortably approach me from the very start. I joked a lot and held many light meetings to get to know them and help them get close to each other. Because it is very important for actors to have confidence in the director in a comedy, I tried hard to direct confidently and precisely so that the actors would not feel insecure and would act well with full confidence.
In addition, I asked the actors not to act too comically and to precisely express the right emotions in emotional scenes without being excessive.

What was the show’s visual style and how did you create it?
Lee: Our most important task was to make the series depict the most ordinary daily life that anyone could experience. That is why I did not rely on extravagant camera movements or visual techniques. I instead worked hard to emphasise the most honest angles and colours, as well as to create scenes of daily life without artificial elements. I looked for the right locations and settings to produce.
On top of that, I abundantly used bold CG when adding fun factors. I believe that was the boldest visual factor, and the director worked hard on it.
Jung: Like the webtoon, we used many cartoon-like techniques and animated reactions to add more levity to the story.  We also purposefully made the CG a bit more old-school so it would stand out, similar to the style of comic action director Stephen Chow [Shaolin Soccer].

What were the biggest challenges in development or production?
Lee: It was physically very difficult to film, edit and complete the production of the series within a limited time amid the Covid-19 situation. Also, as simultaneous worldwide broadcasts were required, we had to complete the production as soon as possible.
Jung: The Covid-19 crisis worsened from the very start of the production, making filming very difficult. To prevent its spread, we had to keep a safe distance from one another. We also had to wear masks while working and pay careful attention to ventilation because we mostly filmed on site and had to work face-to-face in tight spaces.

Why has the show appealed to audiences across Asia?
Lee: I believe it was so popular because it mainly took place in a convenience store, which is a familiar daily place for everyone. It is a setting that everyone can empathise with and take interest in. The stardom of the protagonists also played a major part. I am curious to find out whether our foreign fans understood all the comic scenes found in the series.
Jung: The two protagonists are such lovely characters, and anyone can empathise with the stories of the people around them and their families. As such, the series is fun to watch, immersing viewers while making them both laugh and cry.

What are your plans for further seasons?
Lee: Taewon Entertainment is preparing season two. We would need the collaboration of the webtoon artist and the series’ screenwriter. Unlike season one, it will have to be purely created, so the writer will have more to do.
Jung: We have plans to add more seasons. We finished preliminary discussions with not only the writer, director and actors but also the original webtoon’s artist, Hwalhwasan, to produce more. We’re still working on the story and we plan to start working with Hwalhwasan and Son Geun-joo this fall.

How is Korean drama evolving at home and internationally?
Lee: The content and genres are diverse and are steadily being upgraded. I would, however, like to see more series of diverse genres targeting the global market and not just those that can be well made in the Korean market. Korean TV series are now undergoing such growing pains.
Jung: Korean drama is becoming more creative and diverse, regardless of the genre. I also heard that Korean drama is loved by fans all over on global OTT platforms like Netflix. I think it’s because of its uniqueness.