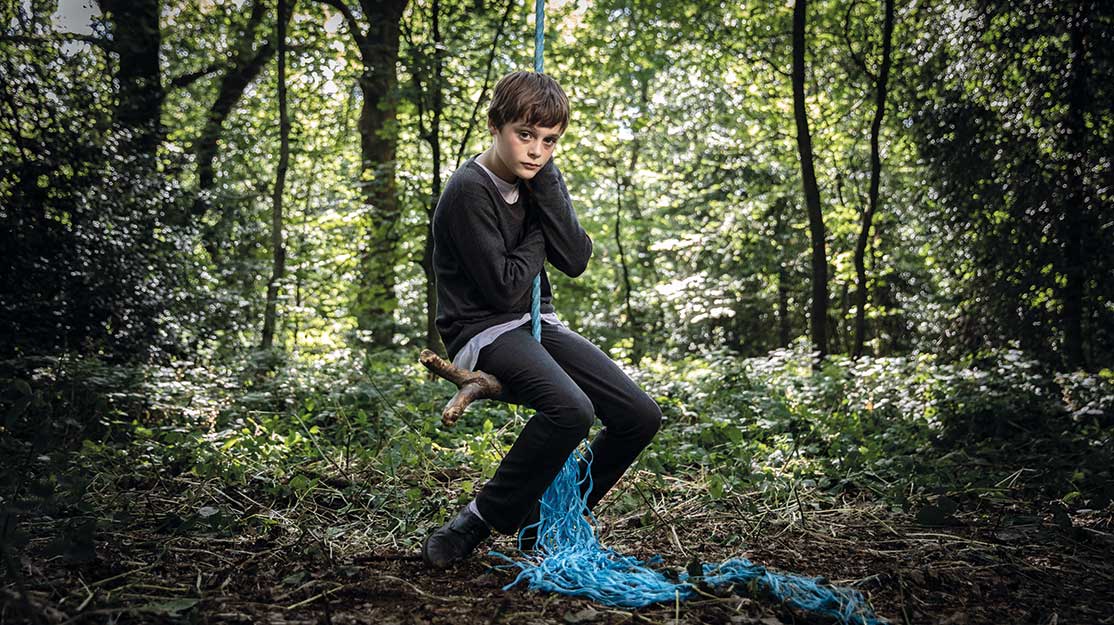 Documentary maker Nick Holt is moving into drama for the first time with Skins writer Sean Buckley on BBC2’s one-off Responsible Child, based on a tremendously challenging real-life trial of a young boy. DQ met them.

Nick Holt is best known as a documentary maker. Often groundbreaking, frequently award winning, his factual projects usually focus on the British legal system and include Channel 4’s 2013 commission The Murder Trial, which was the first time that cameras had been allowed into a court case in the UK.

He followed that up with hybrid project The Trial: A Murder in the Family, which combined real prosecutors and defenders with a jury made up of members of the public and actors playing the parts of the defendant and witnesses as a device to get inside a jury room and hear the conversations that took place.

In the process of this, while working in a Scottish court one afternoon, Holt spotted a 12-year-old child waiting for a case to be called. “I saw this young boy with a couple of lawyers I know and just thought ‘Gosh, he looks young to be a witness,’” he says.

“I later found out he was the accused, and I just thought that was extraordinary. It led me down a path of researching the age of criminal responsibility, which in the UK is 10. I couldn’t believe it was so low. It’s the youngest in Europe, younger than Russia, younger than North Korea.”

Holt subsequently attended the trial of the boy who was being tried with his older brother for the murder of his mother’s partner. From this comes Responsible Child, a feature-length film for BBC2 being produced by Kudos and 72 Films and distributed by Kudos’s parent company Endemol Shine. But this time, it’s a drama – Holt’s first.

“Several things about this case would be incredibly difficult to get a documentary lens onto,” Holt explains. “It would be very difficult to make a film around a child that’s gone through this because you wouldn’t necessarily get access to them. It’s difficult to film around the court and film the accused anyway but it’s even harder when the accused is a child. Getting first-hand accounts of children who have been through this is difficult because they’re often not named, and you don’t know where they are.”

Names have been changed but dramatic licence has been kept to a minimum. “I was keen to sail as close to the real case as possible – I knew the trial well and there was so much to go on. The story itself was complex and extraordinary enough,” says Holt, who met with the prosecutors, defenders and family involved as part of his process.

“I wanted to understand how you defend and prosecute somebody so young. There’s a lot more to the case than you hear in court, there are more forces at play and context to understand, so I was keen to find out about that,” he says.

“Working in documentaries, we film in the real world and our contributors are real people so I’m comfortable and used to meeting the people at the heart of the story and that’s no different to this. They’re supportive of anything that helps a wider audience understand this process and the challenges of putting a child on trial for murder and your child being on trial for murder.”

The drama will inevitably raise questions among its audience about the rights, wrongs and morality of setting the legal age of responsibility so young. But there’s far more pressure on a scripted piece to be entertaining than there would be on an informative factual piece and that line is a tough one to walk in a case like this.

“A drama is entertainment but it’s also an opportunity for people to engage in challenging aspects of the world we live in, and this is certainly one of those,” Holt says. “I don’t think many people understand that we put children as young as 10 on trial for murder. This might increase that understanding and people can debate whether that’s a good idea or bad idea, or whether a piece of law in place since 1963 should remain in place in light of new learnings about how a child’s brain develops. We can shine light on that through the specific story of one child. You engage with him and that drives the story, but at the same time you get an idea of how we deal with these children in the system, where the system falls short and where it does well. We can do both.”

Casting was obviously going to be crucial to the project, and fraught with challenges for the casting director Daniel Edwards. A boy who could handle mature themes, difficult scenes and being in every frame of the drama was required to play Ray, the 12-year-old at the centre of the story, but cast him too soon and a growth spurt or broken voice mid-production could be problematic. Twelve-year-old Billy Barratt (Blinded by the Light, The White Princess) bagged the role.

“We were very clear from the start we wanted it to be from the accused child’s point of view and for that child to have a voice,” Holt explains. “It’s incredibly difficult in court – they may get a chance to give evidence or be cross examined, but it’s very rare for them to get a chance to show and share the world they’re living in. This was a good opportunity to draw that out and bring the child’s experience into the open.”

“With this story, not only do you have a young boy in every single scene, you have him in a story that’s incredibly raw and intense and involves a brutal murder. He needs to look quite adult and it’s difficult to find all that in the same place. With Billy, as soon as we saw him he had those aspects. He’s incredibly mature for his age. There is a heart-wrenching scene I find difficult to watch even now. He was superb in that but afterwards, would be eating sweets and watching TV no problem.”

The next issue, and something else that was new to Holt, was attaching a writer. Sean Buckley, who’d cut his teeth on E4’s youth-skewing drama Skins, got the nod. “I asked around for names that might be interested in something like this. I met Shaun and he immediately chimed and had some connection with this boy’s story,” Holt says. “It was really important to have a writer who was happy to meet real people – lawyers, psychologists – and embrace that process. The story mirrored so closely what happened, it couldn’t be a writer that said ‘I’ll see you in a year’s time’.”

“It’s a tough subject, a subject I knew little about, but one I instinctively wanted to know more about,” Buckley tells DQ. “When I heard the details, it unsettled me alongside the whole issue of the age of criminal responsibility. I felt compelled to want to know more and to research, explore and find the drama.

“I’d written for very young characters when I worked on Skins where you would take a character specifically for an episode and take a life through. For whatever reason, one I’ve never quite gleaned, I seem to find the life and follow it closely. I had actor training, so I approach character very closely. I brought those elements into it and it enabled me to build the character on a very close human level alongside the very intensively researched procedural legal drama.”

The job came with huge writing challenges – both sticking closely to an actual court case and also being respectful to the people involved. It’s been a labour that has affected Buckley and stayed with him.

“Initially you have to try to forget all that and not let it get in the way. You do your research, trust your nose and where your research is taking you and trust your imagination as well – an intimate drama like this is where those two things meet,” Buckley says. “It’s all about the parts of the plot you choose to focus on that will illuminate the boy’s character. For me it was about moments in relationships which gave me anchors through the story, rather than the procedural elements of it.

“I hope it will connect with people head and heart. I hope it opens the question and the possibility of conversation above and beyond the headlines you’ve perhaps seen about other such cases. The intention and the aspiration with it is the audience feels, for 90 minutes, they might have lived the life of a boy behind a similar headline and all its nuance.

“In terms of work I’ve done to now I’ve never been so affected by a piece – and continue to be so. It’s been very consuming, intellectually and emotionally.”

As well as casting, and attaching a writer, there were plenty of other differences between unscripted and scripted for Holt to get his head around once he’d successfully pitched it to Kudos MD and executive producer Karen Wilson. “I’d never been through the process of working up a treatment or attaching a writer before,” Holt says.

“I’ve been on this for five years and that’s very different from documentaries. The thing that’s seductive about docs is you literally grab a camera, jump in the car and off you go filming. Drama has many more people involved. I was amazed how the pace and tempo was different. In docs you’re used to being light on your feet. In drama you have actors, locations, and a great deal of work goes into creating that whereas in docs you just enter that world and hug reality.”

So has it put him off? “No, I’d love to do another if the right thing came along. I’ve always been attracted to dramas that are established in the real world.”