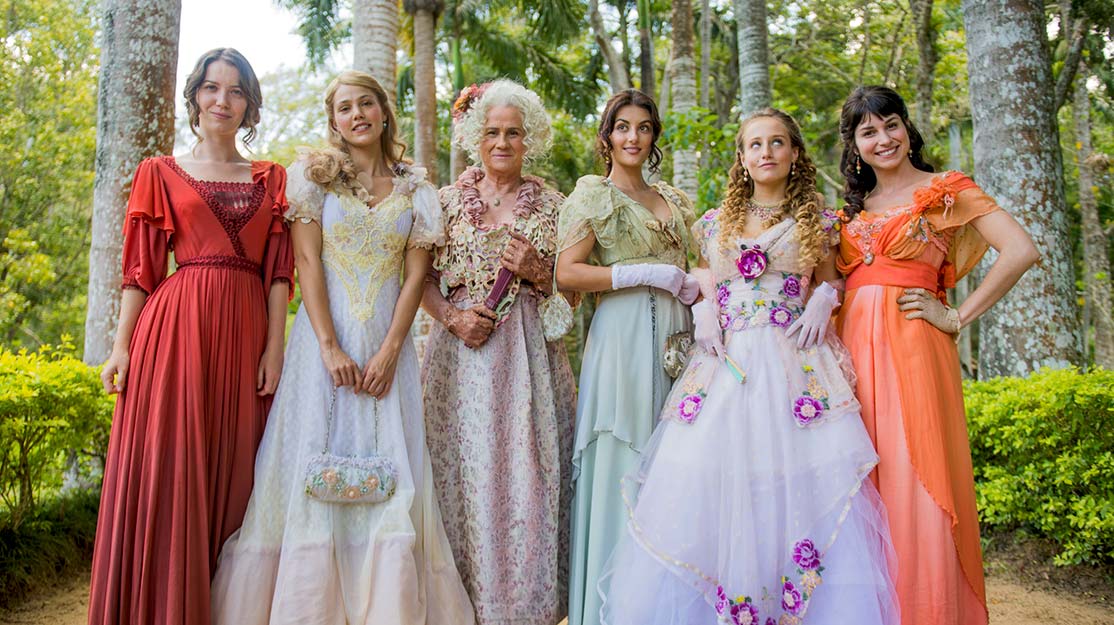 The works of English author Jane Austen are the inspiration for Globo’s latest telenovela. Artistic director Fred Mayrink tells DQ about the drama and his approach to his craft.

Since the beginning of his career more than 30 years ago, Brazilian director Fred Mayrink has always placed a special emphasis on his collaboration with actors. It’s a practice that has evolved from his boyhood experiences as a stage actor when he was just nine years old, so you know he is being sincere when he says he has great respect for and is very comfortable with actors, having grown up among them. That, in turn, also ensures his cast feel relaxed on set.

But when it comes to overseeing telenovelas, he has also discovered the importance of technical direction and aesthetic movement, with emotion serving as the glue that holds everything together.

“That’s where the work of actors comes from,” he explains. “That’s why I’m so careful with cast direction, because a well-directed actor, with the right emotion, can transport you to another place. It’s what effectively touches you.”

A common theme in telenovelas is love, and in the case of Pride & Passion, his new 100×60’ series for Brazil’s Globo, it is an emotion that can be found running through the drama. “It’s a telenovela with lots of romance and the texture of a fable, brightness and light, transporting the audience to a magical universe, with a very special enchantment that is unique to this story.”

Set at the beginning of the 20th century, the story introduces a mother who dreams of marrying her five daughters to eligible bachelors – but marriage is not a priority for them. From this short synopsis and the title, it’s not difficult to imagine how screenwriter Marcos Bernstein was inspired by the works of English author Jane Austen.

Pride & Passion, which is produced by Globo and was launched at Natpe Miami by Globo Internacional earlier this year, marks Mayrink’s fourth period telenovela. “I love it,” he says of bringing the past back to life.

“It is a chance to shift your perspective and look into a space, a slice of time that you are not living in. Nobody has time for anything anymore and many beautiful things have been lost. Therefore, a period telenovela gives us this romantic, soft atmosphere, when time was available and we used it differently, almost in a charming manner.”

Despite its period setting, this show is extremely contemporary as a female-driven series that “portrays women as they are, as real people.” In a telenovela, however, love will always find a way.

“We speak of love today in the same way that we talked about it in 1800. Our desires, our dreams and our passion are the same as they were 200 or 300 years ago,” Mayrink explains. “Our insights have changed, our receptiveness has changed, but I am very happy to talk about those subtleties. This is a big part of the magic of this telenovela.”

As with all telenovelas he has worked on, the director says the biggest challenge he faces is creating a dialogue with the audience by tapping into their feelings and drawing an emotional response from them.

“It is a magical moment when you can establish this connection,” he says. “There is no recipe. The challenge is to have the sensitivity, care and subtlety to realise what story you are telling and how you want to build this bridge with the audience, using your best emotions. This is the long path we have to tread for months, taking great care every day, in every scene, in each actor’s performance, costumes and lighting. The team is greatly dedicated to making this magic moment happen.”

Despite Latin America’s recent move towards shorter series, telenovelas are still as strong and popular as ever. Mayrink believes their particular approach to storytelling serves as a portrait of society, with the huge running time able to offer time and space to broach a wide range of topics and themes.

“It’s a very broad and rich product with many possibilities, and one that is constantly evolving,” he adds. “The themes are constantly being revised, new topics come up and the language changes. It is this outward perspective that brings new elements that will be worked into the telenovelas.”