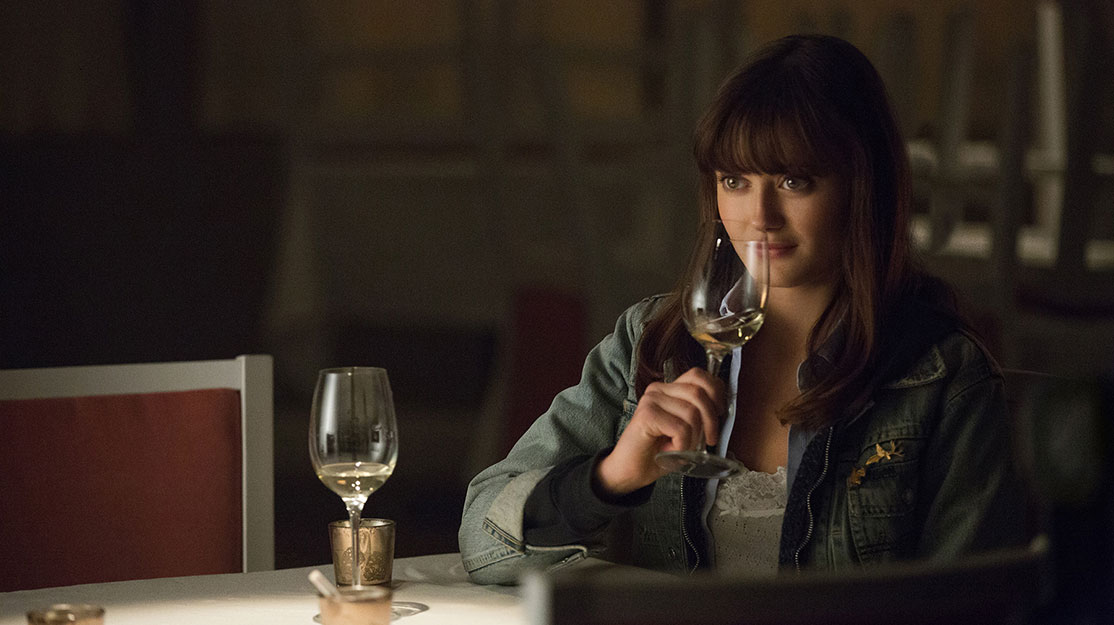 Having turned her own novel Sweetbitter into a six-part drama for US premium cable network Starz, Stephanie Danler tells DQ about the adaptation process and why television today is following in the footsteps of Charles Dickens.

From the moment US cable network Starz revealed it was developing a six-part drama called Sweetbitter, it’s fair to say the production has been on the fast track to broadcast. That first announcement came in July 2017, three months before the series got the greenlight last October. Filming wrapped before Christmas and the show subsequently launched on air earlier this month.

Seeing the show’s debut marked the end of a whirlwind few months for Stephanie Danler, the author of the book on which the show is based and an executive producer on the series. She also wrote two of the six episodes, including the pilot, and has been heavily involved in its development alongside showrunner Stu Zicherman (The Americans, The Affair) and Brad Pitt’s production company Plan B Entertainment. Starz distributes the show, which is now also available in the UK and Germany, after Amazon added Starzplay to its Prime Video Channels line-up, alongside other series such as Vida and Boss.

It wasn’t the author’s original intention to shepherd the project into production but she admits her fingerprints are all over it, having worked with Zicherman to rewrite every script to ensure continuity.

“I originally thought I would take the money and go back to writing novels but it was an opportunity to transition into a screenwriter and producer and I thought I would be an idiot to turn down a free education in television making, especially from the calibre of people I was working with,” Danler tells DQ. “Who wouldn’t want to learn from Plan B or Stu Vickerman, or from the executives at Starz? I approached it as a free PhD.”

Sweetbitter follows 22-year-old Tess (played by British actor Ella Purnell) who, shortly after arriving in New York City, lands a job at a celebrated downtown restaurant. Swiftly introduced to the world of drugs, alcohol, love, lust, dive bars and fine dining, she learns to navigate the chaotically alluring yet punishing life she has stumbled upon.

This coming-of-age story is set against the rich and grimy backdrop of exclusive restaurants, conjuring a non-stop and high-adrenaline world evoking the possibility, beauty and fragility of being young and adrift.

Danler wrote the novel, which is largely based on her own experience, during her two years at graduate school. She moved to New York to become a writer but quickly fell in love with the restaurant industry, in a head-over-heels fashion similar to Tess in the series. Then after seven years working in the city, she went back to school and wrote Sweetbitter, which she says is based on characters and events from different restaurants where she worked, in locations as diverse as California, Colorado, Ohio and New York.

“I think that what I fell in love with was the tasting,” she says. “Before this education, I just consumed. I drank to drink and ate quickly and thoughtlessly. Once you start paying attention to what you eat and drink, it intensifies every experience in your life. It’s a really beautiful, sensual way to live.”

That intensity immediately comes across in the series, from the way the characters taste wine and her co-workers teach Ella how her palette works (creating the mantra “sweet, sour, salty, bitter”), to how the camera lovingly gazes at the cornucopia of dishes being served in the restaurant.

Danler had never considered her book being remade for television, however. “I didn’t watch TV, I’d never read a script. I really knew nothing about it,” she admits. “I had a lot of studying to do and I still do. I’m a good student and I like to understand the medium I’m working in. It was entirely new for me. The prose is so dense in Sweetbitter that if someone had even asked me, I would have said it was impossible to adapt it.”

The author is adamant that the series, and the book before it, was not intended to be an exposé of the restaurant industry and the sex, drugs and backstabbing that may go on behind the kitchen doors. “That’s not what it’s about. It’s never been about that,” she says. “It’s about this girl growing up to be a woman. It’s her first taste of being a person and she’s landed in the place that will shape her. So once I got involved [in the series], there was never anything gratuitous. Everything was essential to the storytelling. We weren’t manufacturing soap opera drama but letting the natural drama drive the story.”

With the first season comprising six half-hours of television, Danler found the sense of pacing to be most problematic when writing the pilot. In a novel, the author can skip over details with a single sentence, but viewers watching the TV show want to understand how Tess came to leave her Midwest home and arrive in New York. Subsequently, the entire first season takes place during Tess’s training period at the restaurant as she learns about the intricacies of the industry and the myriad characters that now surround her.

“The first season is really concerned with how you fit into this family, how you figure out how to live in New York and what it’s like to be lonely,” Danler says, comparing it to the prologue of a novel. “Television is really novelistic now. Our first season sets up a lot and it pays off a lot but we didn’t want to take our characters from zero to 60 in three hours. It felt really unnatural if, all of a sudden, she was doing a ton of drugs and was out drinking every night and really well established in this world. It feels impossible, actually.

“So we treated it like a prologue. I do think the great television dramas operate in a novelistic fashion, especially like a 19th century novel. The way Charles Dickens and Henry James serialised their novels so chapters came out every week is an apt comparison to what television is doing now.”

At the heart of the story is Tess, a wide-eyed ingénue trying to adjust to her new surroundings. “We’re finally in an age where you can see complex or unlikeable women on TV and not immediately change the channel, which wasn’t always the case,” says Danler, who describes the lead character as sincere – a quality she says is often missing from cable television. “It’s very much about dark, damaged characters or hyper self-aware characters who know what their flaws are. We are with a girl who hasn’t accumulated her damage yet and we’re watching that. But she’s really honest. It’s sometimes hard to write a character who believes what people say to her and doesn’t lie herself. It’s really rare and I think it makes her unique in the landscape.”

With the book based on her own experiences, Danler’s life has been fictionalised twice now, though the writer says she was keen that Tess become Purnell’s own creation – a cousin to the Tess in the original novel. “I didn’t realise how the actors were going to own those roles and how the characters would change completely based on what I was learning from the actors,” she notes. “That was really interesting but can be really scary.”

Ultimately, Danler’s goal is to create an ensemble drama where the focus shifts from Tess, Simone (Caitlin FitzGerald) and Jake (Tom Sturridge), who form a love triangle in season one, to other characters in the series, “from the dishwashers in the kitchen to a guest that comes in and spends $1,500 on a bottle of wine,” Danler adds. “So we’re back in the writers room for season two and we’re really excited.

“We still have some more story to cover in the book but we definitely have a ton of freedom in season two. We have 10 episodes so we do get to go off-book while still finishing this story about corruption and redemption. We still have more to tell about Tess but I know there’s a way to do it while exploring the restaurant as a whole.”