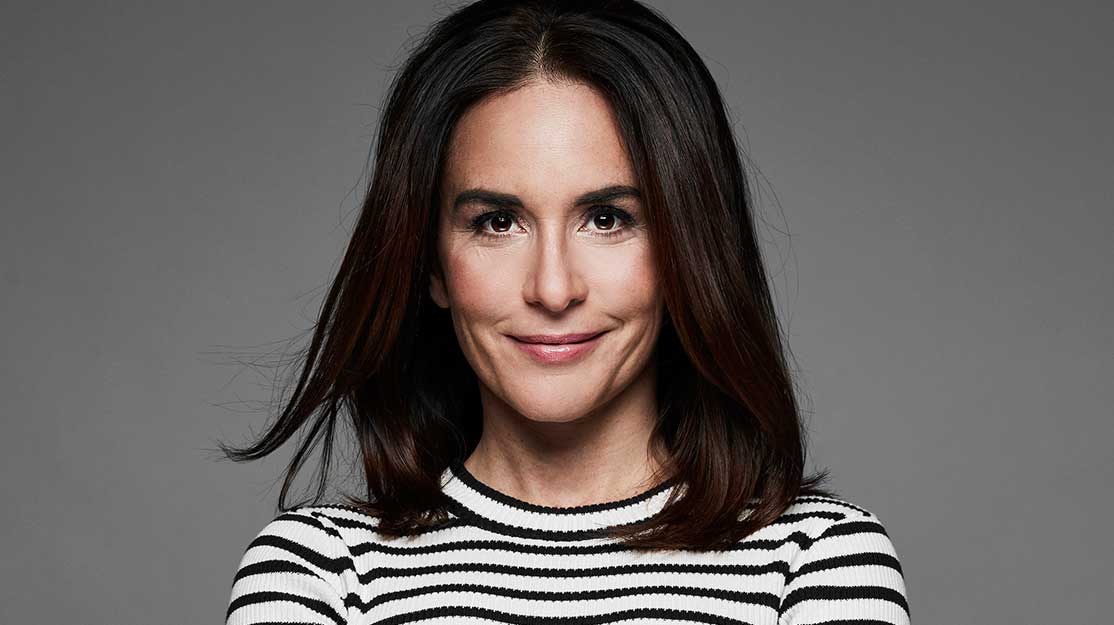 Swedish actor Alexandra Rapaport tells DQ about starring in long-running crime drama Morden i Sandhamn and how she is enjoying being on both sides of the camera on returning thriller Gåsmamman.

Starring in three of Sweden’s biggest dramas, it’s no wonder Alexandra Rapaport has a schedule that befits one of Sweden’s most acclaimed actors.

She made her name in dramas such as Kronprinsessan (The Crown Princess) and Drottningoffret (Those In Power), and appeared in European crime drama The Team alongside Lars Mikkelsen.

But more recently she has been headlining crime series Morden i Sandhamn (The Sandhamn Murders), Modus and Gåsmamman.

The latter, which first aired on Discovery Networks Sweden’s flagship Kanal 5 in spring 2016, sees Rapaport play mother-of-three Sonja, who is drawn into the criminal underworld when she is forced to pay her murdered husband’s debt.

In the forthcoming second season, which debuts on February 2, Sonja and her family have secretly returned to Sweden after being on the run.

Set in Stockholm, it is directed by Richard Holm and produced by Birgitta Wännström for Endemol Sweden in coproduction with Discovery Networks Sweden and SVoD platform CMore. The writers are Camilla Ahlgren and Martin Asphaug.

The story is based on Dutch drama Penoza, which aired on NPO3 in the Netherlands for four seasons, and Rapaport immediately fell in love with the crime thriller after Wännström approached her with the idea of adapting it.

“It’s my baby,” says the actor. “The producer contacted me with this idea and we pitched it to Kanal 5 and got it. We found the best director and we started doing it.

“It’s a great show because it’s such a strong and powerful story. Everything happens really fast and it has a big drive forward every season. It’s a really good story.

“It has this big drama, crime, thrills and a lot of humour. You get a very warm feeling when you see it. Season one was a huge success and it got great reviews. It was so special for me.”

Viewers were just as entranced by Gåsmamman as Rapaport, with the first episode breaking Kanal 5 records. Some 725,000 people tuned in, making it the highest-rated Swedish drama since Vänner & Fiender, which drew around 427,000 people in 1998.

But Rapport’s love of the show runs especially deep, as she is also an executive producer on the series.

“I love it,” she says, adding that work has already begun on a potential third season of the series. “I’m involved in casting, script writing and editing – everything in both seasons. I’m really putting my nose in everything and I love it. It’s the first time as an actor I’ve got to sit in different chairs at the same time. It’s really fulfilling. I want to use my knowledge. I like thinking about character and story, but I want to be in front of the camera, not directing.”

Last year was a busy one for the actor, filming season two of Gåsmamman at the same time as production began on four new films in the long-running Morden i Sandhamn series.

The detective drama, based on Viveca Sten’s series of novels of the same name, sees Rapaport play Nora Linde, a summer guest on the Stockholm archipelago of Sandhamn who partners with Detective Thomas Andreasson (Jakob Cedergren) to solve a number of grisly murders.

Filming is taking place in two blocks – first between August and October 2016 and then from May to June this year – and the new films will premiere first on CMore and then on TV4 in spring 2018.

The first two films are based on Sten’s novels I Maktens Skugga (In the Shadow of Power) and I Sanningens Namn (In the Name of Truth). The series is produced by Filmlance International, together with TV4, German broadcaster ZDF and distributor ZDF Enterprises.

“People like the characters, and the murder plots are scary but not creepy. It’s a family series because we have this expression, ‘cosy thriller.’ We always show the water and it’s a nice environment, the light and the summer. You can almost taste the salt from the ocean. It has a bit of everything. It’s the opposite of The Bridge – how it looks, smell and tastes.”

Morden i Sandham first aired in 2010, with the first five stories being split into three parts. Now the four latest instalments will play out as 90-minute films.

Rapaport jokes that she is nothing like the character she portrays in the books: “In the book she’s tall and blonde. I look exactly the opposite! People don’t mix us up. I’m doing my Nora and the book is a bit different and I just try to capture her personality. She is nosy but she’s a very nice, sensitive person. She’s nosy in a good way. My character in Gåsmamman is quite the opposite.

“It’s challenging to be that nice, calm and worthy. That’s not me at all! It’s really nice to come out here and live on this island. It’s an extended summer, even though I work hard.It’s a magical place to be. I love it.”

Teasing the new season, the actor says Nora’s will-they-won’t-they relationship with Thomas will deepen in the new run of films.

“We are certainly in love with each other but never get together. Maybe they will,” she teases. “They are soulmates. Everyone can see they fit together, but life pulls them in different directions. Are they going to get together or not? They are good friends as well. In this season, I have a new man and he’s jealous.”

Having established herself as one of Sweden’s leading actors and with a third season of Gåsmamman in the works, Rapaport’s future is as bright as the Sandhamn sunshine.