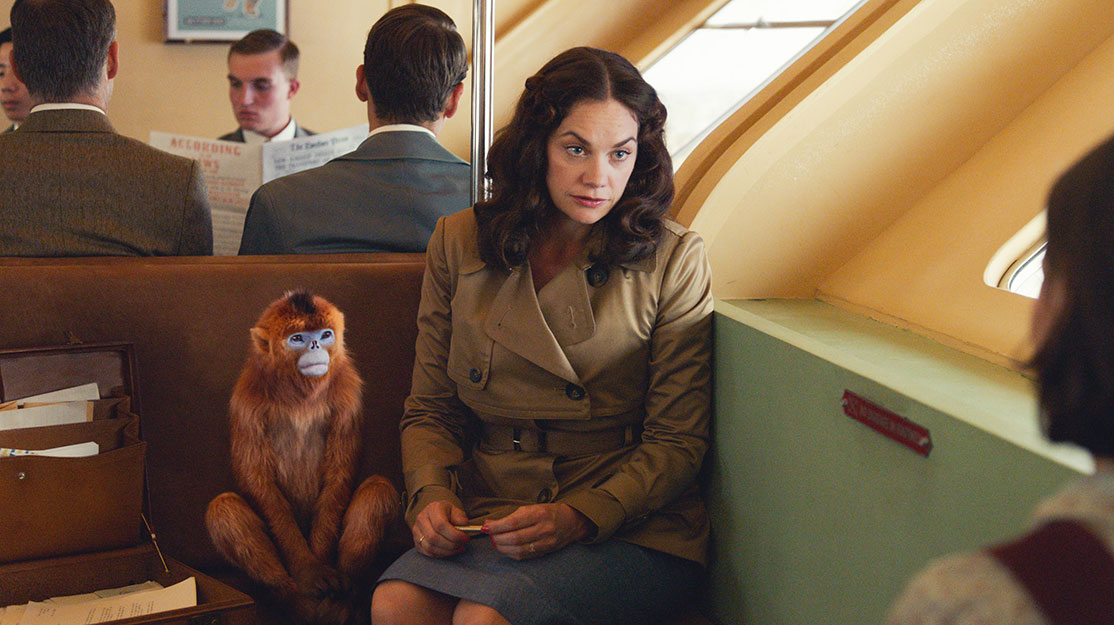 As an award-winning creator of film and television visual effects, Framestore has been involved in bringing to life characters such as Harry Potter’s Dobby, Rocket Raccoon from Guardians of the Galaxy, ‘Smart Hulk’ from Avengers: Endgame and Paddington. Recent television work includes Netflix’s The Witcher, HBO’s Watchmen, the BBC’s A Christmas Carol and Amazon Prime Video’s Hunters.

The company has also won Oscars for The Golden Compass (2007), Gravity (2013) and Blade Runner 2049 (2018), while also receiving Baftas for those three titles and television series SSGB (2018). And it has now added another Bafta to its trophy cabinet after picking up this year’s award for special, visual and graphic effects for its work on the first season of BBC and HBO fantasy drama His Dark Materials.

Based on Philip Pullman’s trilogy of novels, the story about a child with a great destiny takes place in a world controlled by the all-powerful Magisterium, filled with witches and giant polar bears. Every human soul also takes the physical form of an animal, known as a daemon.

The show has been two-and-a-half years of work for Russell Dodgson, the show’s VFX supervisor and Framestore’s creative director of television. While television’s investment in VFX has expanded exponentially in recent years though series such as Game of Thrones, Dodgson is excited by the move from using visual effects just for “that big bit in episode eight” to storytelling purposes. That switch is no more apparent than in the making of His Dark Materials.

“The show itself is pretty unique,” Dodgson tells DQ. “I don’t think there’s any show that has such a high demand for visual effects constantly at a character level. Other shows have got [computer generated] environments all the way through and that’s heavy. But to have to create both the environments and then really characterful performances from furry creatures that have to play alongside really killer actors all the time and not mess up their performance, that’s a real challenge.”

Framestore came to the project rather late, with around six weeks of preparation time before filming was due to begin. But production designer Joel Collins and his design studio Painting Practice had already been working on the show for six months, so by the time Dodgson joined, a lot of work had already been completed to create the world of the series.

“When we turned up, the world was there,” Dodgson says. “That meant I could focus on the daemons. They’d also already made the early decision to have puppeteering [on set with the actors]. They had a master puppeteer called William Todd-Jones [The NeverEnding Story] who had already started thinking about how the puppeteering might work. So my main thing was how we were going to cast our animals – choosing a type of animal for each human.”

Dodgson felt that the relationship between the human actors and their VFX daemons would make or break the show. “If they don’t feel like they’re emoting or connecting to them, we’re screwed,” he says. His team also had to think about what the creatures would look like, particularly considering these were not normal animals.

“I was very keen, and so were the showrunners, to keep them very natural because, as Philip Pullman says, it’s not a book for kids. It’s a book for adults that kids should read. You don’t want it to be silly. They’re not caricatures. They’re just animals that represent your soul and can talk to you in a meaningful way. We had to find the things that make them animal and take away the things that aren’t relevant in our world, like the need to mate, sniffing around for food and going into the toilet. Then you replace that with a human focus that allows them to feel like they’re on the human side of consciousness.

“I worked with William to make sure we had an array of puppets that would have enough of a neutral expression that you could play sad, happy or whatever with the same puppet. We also had loads of photographic references for our artists to work from. By the time we’d done all of that, we’d already started shooting.”

In Pullman’s novels, every human has a daemon. But when the series launched, there was notable social media chatter about that fact that not everyone on screen had an animal by their side at all times. As Dodgson explains, it wasn’t just a budgetary consideration that meant some characters weren’t shown with their daemons.

“It’s a story about people; it’s not a story about daemons,” he says. “They are just one of the many ways that Philip Pullman represents the connection a person has with their soul. So it’s not the be-all and end-all. And we definitely didn’t want to make Doctor Doolittle as well. If you block a scene and it’s Lord Asriel [played James McAvoy] talking with a bunch of scholars and you’ve got to give them all daemons, there’s no room for them all because the framing’s ugly. It becomes very distracting very quickly. So we also found it isn’t just about money, it’s actually just taste.

“We just tried to have enough daemons to make sure we kept the spirit of them alive so that we could put all of our money and time into telling the story when it mattered with them, rather than having to spread the butter too thinly over the toast and not really taste it.”

Turning the computer-generated daemons into fully formed characters was another big talking point behind the scenes and Dodgson says he felt a duty of care to the actors’ performances.

“If you take Ruth Wilson playing Mrs Coulter and she’s giving a really emotional, narrative-driving performance, and then you have to be the guy that sticks a golden monkey [the form of Mrs Coulter’s daemon] in the shot with her, it can go south really quickly and you have to find a way through that problem. A lot of good visual effects is an exercise in restraint. It’s about stripping away things rather than adding things, and knowing when it’s your job to take centre stage and when it’s your job to pretty much shut up and just be there.”

On set, Wilson (pictured top) formed a strong partnership with her puppeteer, and the two of them would talk with Dodgson and his team about different scenes and how the daemon might be portrayed. The actor also visited Framestore, where she discussed Mrs Coulter’s backstory and relationship with her daemon to better inform the animators.

Alongside VFX partners Painting Practice and Real SFX, Framestore is now working on season two of His Dark Materials, which opens up a new world for its characters and challenged the designers to create new sets and landscapes, though there is less digital snow required than in season one. New creatures appearing in season two include soul-eating Spectres.

“What’s great and what I love about this show is the visual effects are at the core of the emotional story,” Dodgson says. “We don’t make creatures, we make characters. You can make a creature that runs around and chases people for 20 shots. It can be amazing and you can do a really good job. It could be the best work in the world. But to take a monkey and make it seem like a third or half of a person across eight hours of TV, and now add on another whole season and let that character have an arc, is like a gift for an animator and a visual effects supervisor. It’s beautiful to do.

“Carrying on their stories is really the thing that I love. I really hope that we end up doing a third season because those stories go mental in the next book.”

Work has been continuing remotely during the coronavirus lockdown in the UK and around the world, with Framestore having other offices in Canada, India and the US. Although drama production is restarting slowly, Dodgson believes there will be an explosion of demand for digital environments as people decide not to travel abroad for location shoots. He believes virtual production, where VFX studios are an integral part of a show’s development from the outset, is also going to increase.

“Historically, people used to think of visual effects as picture post-production. It’s like, ‘We shoot the thing and you do the thing after.’ But actually we can help from day one, whether it’s through concept design, pre-visualisation or storyboarding,” he notes.

“We have to work with costume, makeup, stunts, special effects and props. The list just keeps going. It’s amazing how connected we are. And the earlier in the production visual effects can be involved, the more beneficial. There’ll be a huge increase in virtual production, a huge increase in LED wall shooting and there’ll probably be a period where suddenly there are too many visual effects in TV shows and suddenly it all gets a bit silly and then everybody then pares it all back down again. That is probably what you’ll see.”