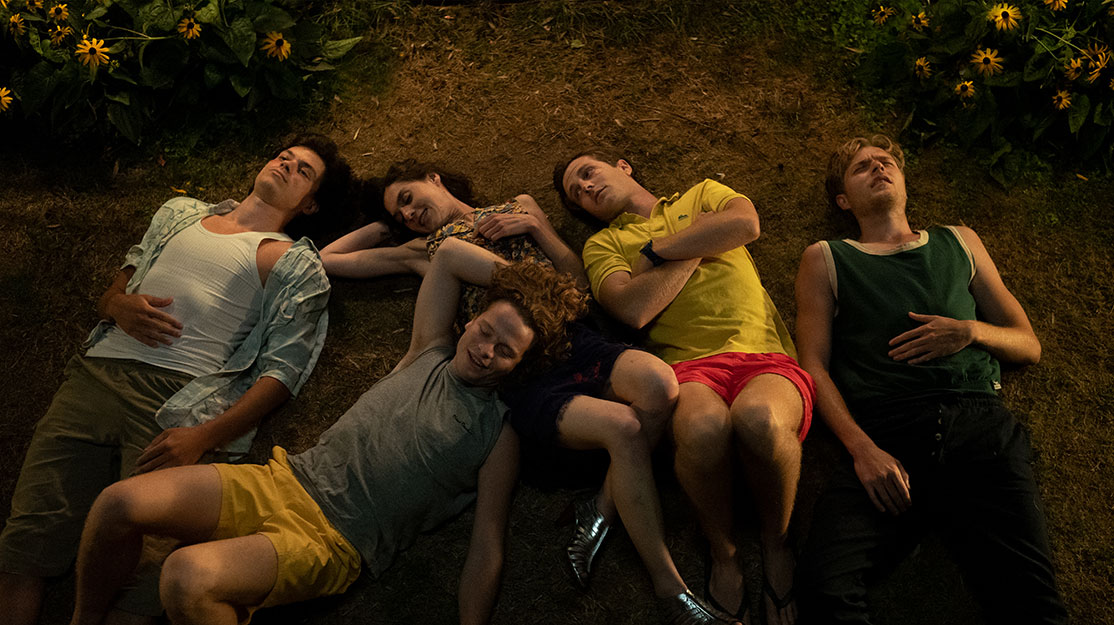 Twee Zomers (Two Summers) creators and writers Paul Baeten and Tom Lenaerts discuss this psychological thriller in which a group of friends reunite 30 years after a tragic accident, leading dark secrets to resurface.

Following their collaboration on Over Water, about a former TV star-turned-cocaine trafficker, writers Paul Baeten and Tom Lenaerts partnered for a psychological thriller about lifelong friends who reunite on the anniversary of a tragic accident.

Twee Zomers (Two Summers) is set 30 years after one member of a friendship group dies while they’re on holiday together. When the group reunite, what was supposed to be a relaxing vacation quickly turns into a nightmare when some of the friends are blackmailed with footage of what happened all those years ago.

Produced by Panenka for Belgium’s VRT and Netflix, the show recently launched around the world on the global streamer after its international premiere at French television festival Series Mania earlier this year. Distributed by France TV Distribution, it will also begin airing on Canal+ in France on June 27.

Here, Baeten and Lenaerts jointly talk DQ through the making of Two Summers, from their long-running writing partnership to the show’s blend of thriller and detective drama.

What are the origins of the project?
After our wonderful collaboration on Over Water, we wanted to make something about two generations, about how people evolve between their 20s and 50s, about how friendships evolve and how people often confuse nostalgia with friendship. It is also about how friendships can be toxic. We wanted to make a psychological drama about how people always remember the version of reality that allows them best to carry on. Our ambition was to bring a human story with the tension of [Belgian reality series] De Mol [The Mole]. It had to be a series with great drive that appealed to both young and old.

What made you decide to work together on the project?
Our friendship and respect for each other’s profession. After working together for almost 10 years, we know how and where we complement each other, and we have full confidence in each other’s areas.

What themes did you want to discuss?
Youthful dreams and ambitions, taking stock at 50, degrees of guilt after a crime and how to deal with that, and accepting or not accepting each other’s mistakes in love and friendship.

What can you tell us about the characters and how we follow them through the story?
The great thing about Two Summers is that we can see how people evolve. We see the characters with their dreams when they are 20 and see what they have become at 50. How someone appears at the start – rich or poor, popular or bullied, natural leader or follower – can sometimes be very different from how someone eventually develops. Yet in a group of childhood friends, the same psychology often continues to apply over the years – until it reaches its limits, as is the case in Two Summers.

How did you develop the series with VRT and Netflix?
Based on our treatments, both Netflix and VRT immediately responded with great enthusiasm.

What was your writing process on Two Summers?
Hard work and digging and doubting enough to make it better – and a lot of walking. Sitting at a laptop all day rarely produces the best scenes. The blood has to flow to make the right connections.

How would you describe the structure of the show?
The series is told from the present with flashbacks to 30 years ago that not only identify the characters but also gradually reveal something about the plot in the present.

How does the series blend elements of a thriller with a detective story?
From the beginning, the aim was to create a compelling narrative. We were looking for a character-driven series that was still plot-driven, in this case more of a ‘what happened’ than a ‘whodunit.’ In addition, we wanted to keep it surprising for the viewer: every episode has to have a few layers so that the series stays exciting until the end.

What is the visual style of the series and how was this achieved?
The story itself is a bit dark so we wanted to keep the setting and colours very light. It’s called Two Summers and that’s how it had to look too. The contrast between the content and the colour is important. It gives oxygen and lightness to the seriousness.
The direction was entirely at the service of the story. No shot was allowed to distract from the content. It was never just aesthetics without something more, which doesn’t mean you shouldn’t embrace beauty, but it should never be an alibi. We opted for as much handheld camera as possible because it can perfectly follow the natural flow of events. Directing is like music in this series: it should not stand out but should serve the story in the most beautiful way possible.

How did you work with composer Dominique Pauwels on the music?
Dominique was involved early on. He was given complete freedom but within certain contours. Just like the colour and the direction, we wanted to bring something different to the music compared with other recent series. We wanted to stay very pure and clean and avoid all electronics. The advantage is that Dominique is classically trained and I asked him to limit himself to ‘chamber music’ with a focus on piano, violin and cello.
Dominique created several musical maquettes that we took with us during the shoot and that could put us in the mood for a scene. We also made all the montages based on these – in other words, not using other film music first. Then Dominique composed final versions to go with the filmed images.

How are locations used in the show?
What makes Two Summers special is the almost unity of place and time. There are only two locations. We searched for them with great care because they had to be top notch. The limitation of locations was not only a production advantage but also created a lot of rest for cast and crew. We didn’t have to lose time with daily moves and could focus on content.

What was your experience on set?
Wonderful. Because of the limitation of locations, we practically camped for a long period of time with the actors on location. Filming in one of the most beautiful houses on the Cote d’Azur was a gift too.

What were some of the challenges you faced in development or production?
Covid-19 pushed part of our shooting period in France back a year, but it also gave us an advantage. We had a year between shooting with the younger cast and the older cast so we could edit the footage of the youngsters and fine-tune our scenes.

Why might the series appeal to international audiences?
The story and themes are universal but our characters are unique, so they give the series a very distinct feel. It deals with both timeless and very topical subjects that we hope will appeal to many people.