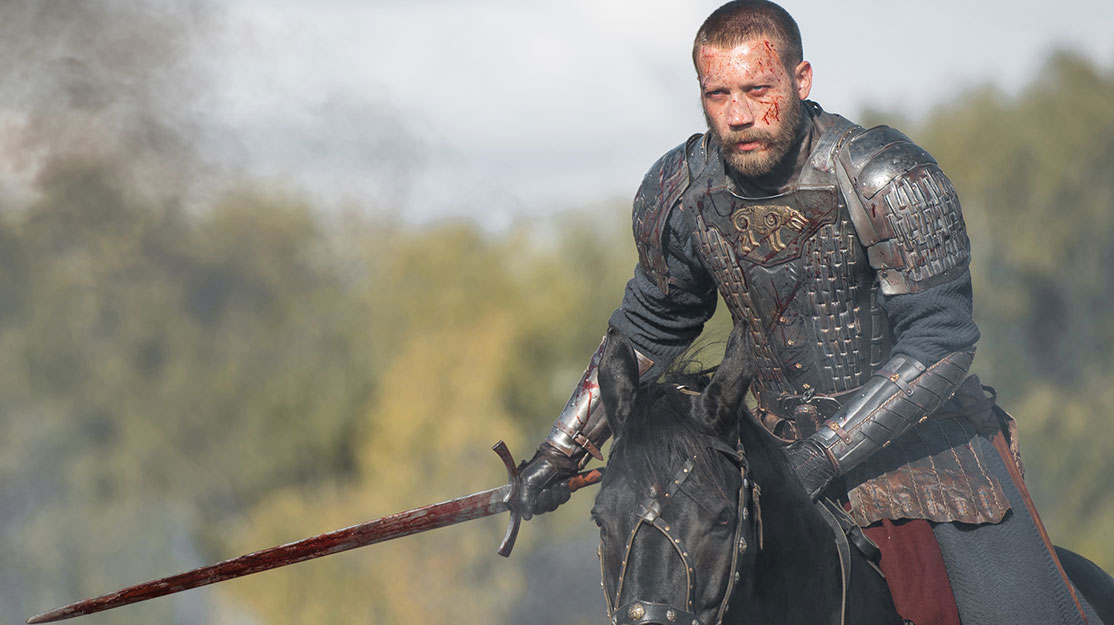 Land of Legends producer Darya Lavrova and director Anton Megerdichev take DQ inside the making of this Russian series that combines historical drama with fantasy.

Set in the 15th century, Russian series Land of Legends blends historical drama and fantasy in a visually eye-catching six-part series. Based on Alexei Ivanov’s novel Heart of Parma, it centres on the clash between Moscow and the Perm lands inhabited by pagans.

At the centre is Russian prince Mikhail, who falls in love with Tiche, the human incarnation of a pagan goddess. Her supernatural abilities grant him control over Perm and the ability to unite the local communities in the Ural Mountains. But when news of Mikhail’s newfound power reaches Moscow, Grand Prince Ivan III sets about to conquer Mikhail and his allies, leaving the prince to question his loyalty to both his love and his country.

Distributed by Beta Film as both a series and a feature film, Land of Legends is produced by Vlad Riashyn and Daria Lavrova for Star Media, Igor Tolstunov for Profit and Anton Zlatopolskiy for TV channel Russia 1. The cast includes Aleksander Kuznetsov, Elena Erbakova, Fedor Bondarchuk, Evgeniy Mironov and Sergei Puskepalis.

What are the origins of Land of Legends?
Lavrova: Many years ago, I read Alexei Ivanov’s novel and was fascinated by the wonderful world it created. It’s a rare thing to find such a colourful atmosphere in a work of fiction. The novel shows the complexities of truth, love and passion, as well as the beauty of Slavic folklore and the depth of Russian history. I immediately approached producer Vlad Ryashin and said it would make an incredible movie. He supported the project right away.

Megerdichev: It was Vlad Riashyn and [fellow producer] Igor Tolstunov who offered me to direct this picture. I was somewhat surprised by the offer, because I’d never done anything like this before. My entire life, I’ve been drawn to things I’ve never done before. As soon as I read the book, I couldn’t stop thinking about this project. What struck me about the novel is how carefully it weaves historical information with elements of magic. It also unpacks the mechanism of state formation extremely well. It is fascinating how different and often-conflicting people come together, form communities and create great civilisations.

Did you take inspiration from any other series or films?
Lavrova: It’s really unlike anything else. Before we even started filming, our visual reference was Game of Thrones. But our film has an absolutely different look. Our Middle Ages are not a fairy tale. We wanted to make it feel real, even if it has elements of everyday magic.

Megerdichev: Apart from Game of Thrones, our film will look slightly like Gladiator and Troy, but only on a very superficial level. Really, we can’t compare it to any other film. If you read the opening pages of Ivanov’s novel, you will see that it’s unique. The plot has elements of political mystery, fantasy and medieval action.

How would you describe the visual style?
Megerdichev: We succeeded in creating the immersive effect of being in the Middle Ages, as if the camera travelled all the way back to the 1450s to 1460s and captured documentary footage.

Lavrova: In the early days of production, Anton said we should avoid the glossy look of some fantasy films. We strove to make our film look as realistic as possible. When you travel through the Ural Mountains, you have a feeling that you are no longer in the real world, but in a different, fairytale-like place. Once you are in this place, it’s so easy to believe that a woman can indeed turn into a lynx.

Why did you cast Alexander Kuznetsov as Mikhail?
Megerdichev: Alexander is an extraordinary person. His contribution has made our film truly unique. At one point, I realised that although I’d seen most of his films, I didn’t remember anything apart from his superb acting. He is a selfless actor who gives each role his all. To prepare for his role in Land of Legends, he had intensive training sessions every single day for more than six months. During filming, he could withstand 20 to 25 challenging takes. He did all his stunts himself.

Jonah the Baptist, played by Evgeniy Mironov, also plays an important role in the story. What can you tell us about him?
Lavrova: He is my favourite character. For me, he is the strongest character in the film. He can get through to the darkest characters. He tries to explain Christianity to pagan communities. Jonah knows religion can’t be forced on people and that they can only believe in the Christian god if he tells them more about him. The way he uses language is fascinating. Even in the most difficult situations, he seems to know exactly what to say. I also think we’ve been spot on with casting – all the actors are perfect for their roles.

The series showcases some striking scenery and landscapes. Where did you film?
Megerdichev: The Ural Mountains are breathtakingly beautiful. The Perm Krai has some of those truly uncharted regions with perfectly untouched nature. Not all of these places are accessible by car, and the infrastructure there is not exactly tourist-friendly. But if you want to get the real sense of something unmapped and mysterious, where a real Siberian bear casually walks out of the forest in the middle of a shoot, you will get it there.

Lavrova: When we were filming in Kamennyy Gorod, a bear was always strolling around the camp. To capture some of those incredible landscapes, we had to walk knee-deep in mud with all the equipment, but it was absolutely worth it.

What were the challenges of working on a production featuring more than 2,000 people?
Megerdichev: The shoot had to be organised very well. But this was not the most difficult part. The real challenge was to create an accurate and truthful image of the Middle Ages. The balance had to be maintained at all times – one step in the wrong direction and you get historical re-enactment actors in cheap costumes. The atmosphere had to be just right. We tried to make it look as historically accurate as possible.

Lavrova: Of course, we were torn between millions of things that had to be done at any given time. We had a large crowd of extras and many difficult battle scenes. Some challenges were truly absurd. At one point, we needed to film a scene with snow, but Moscow was uncharacteristically snowless that month. We couldn’t use snow blowers and adding snow in post-production was outside of our budget. We had to come up with really creative solutions. If I were told I had to do this all over again, I don’t think I would dare.

The series involved many local people from the Ural Mountains. How did they react to the project?
Lavrova: Most people were genuinely touched. This project is about their extraordinary culture. The locals did everything to help us. Some didn’t shave for months to have an authentic look; some extras resigned from their jobs because their employer didn’t give them leave to film a scene.

Megerdichev: The locals were phenomenal actors. They gave their all to the camera and often saw the process of filming as myth-making. For them, cinema is a legend come to life.

Did the pandemic make the work on the project difficult?
Lavrova: We managed to finish filming shortly before the pandemic took hold.

Megerdichev: The pandemic gave me an opportunity to really focus on the editing process. Our team was quick to adapt to remote collaboration and we continued working without interruption. I know it sounds strange but, in a way, the pandemic helped us produce a truly special film.

How might viewers relate to the characters of Land of Legends?
Megerdichev: Every film strives to hold a mirror to its audience. As some people say, ‘If it’s not about me, why would it interest me?’ The protagonist of our film, Prince Mikhail Ermolaevich, is able to preserve his integrity under extreme pressure. He can’t tolerate any form of violence, but it is his destiny to become a deadly warrior. Under these difficult circumstances, a person with a strong moral code stays true to himself.

Lavrova: Mikhail is ultimately a good guy, a medieval pacifist. He tries to live a peaceful life filled with love. It’s a highly unusual character for the medieval world. Our film is about the price of a human life and that it’s always possible to compromise and avoid bloodshed. Whatever is at stake, human life is more important.

You built wooden fortresses, churches, markets and houses on stilts. What happened to them after the filming ended?
Lavrova: We managed to preserve everything we’ve built in the Perm Krai. These constructions became part of local parks and they continue to attract visitors from all over the region.