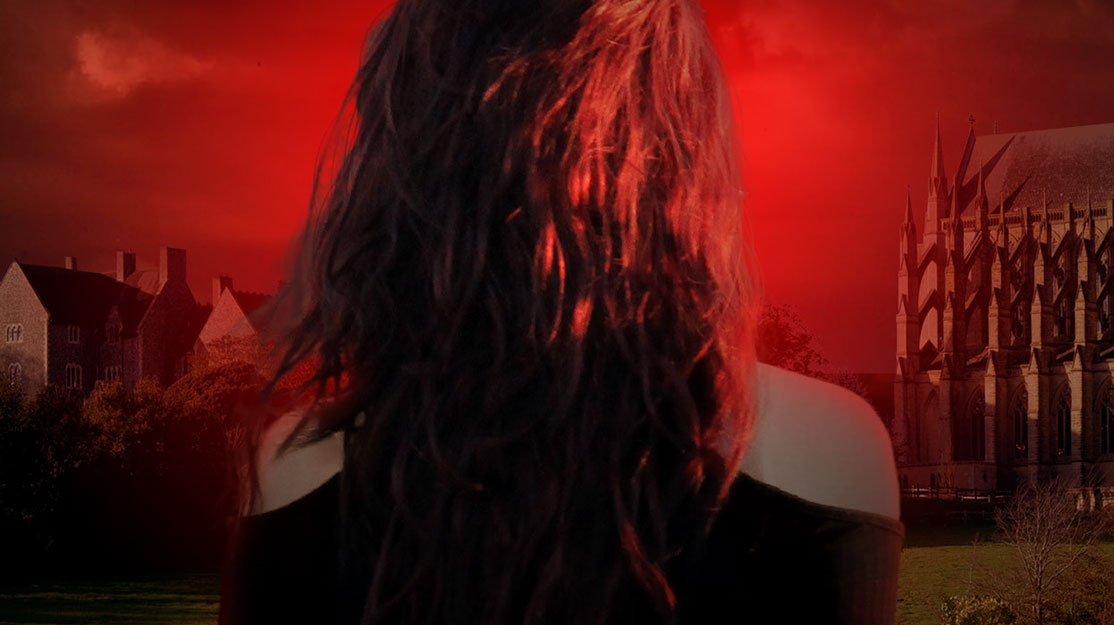 Speak of the Devil

Tuvalu Entertainment and ZDF Enterprises this week announced they had joined forces for supernatural thriller One Bad Apple, in which the Devil seeks to return to Earth and reunite with his teenage daughter. DQ spoke to the creative team behind the series about their ambitions for this female-led drama.

Gripping action and daring adventure will meet supernatural thrills and teen drama in a new female-led series currently in development.

One Bad Apple takes inspiration from Buffy the Vampire Slayer, Clueless, Riverdale, The Omen and Indiana Jones to tell the story of a teenage girl struggling to come to terms with her own identity and the truth behind her parentage, all while she navigates the corridors of an elite school.

The series comes from a partnership between UK producer Tuvalu Entertainment and distributor ZDF Enterprises (ZDFE), with father-daughter writing team Gavin and Rebecca Scott also on board.

Broadcasters are now being sounded out to join the production, following a private screening held by ZDFE for potential buyers at Content London in November 2017.

The story centres on Mercy Emerson, the spoilt teenage daughter of world-famous lifestyle guru Gwyneth Emerson. But unknown to everyone except her mother, Mercy’s father happens to be the Devil.

After enrolling at a respectable boarding school set in the southern England countryside, Mercy begins to take control of the school and the nearby town. The school’s location is also significant, being close to the burial site of the Holy Grail, a powerful artefact hidden long ago after Satan’s last defeat and preventing him from returning to Earth. Mercy must find it and destroy it so her father can regain his power.

“We created the idea for One Bad Apple after we thought it would be a good to have a strong British female drama,” says Tuvalu executive producer Paul Johnson, who compares Mercy to a female Darth Vader. “I loved the feeling of her coming to terms with being a woman while comprehending how to control the minds of other people and control the world.”

German distributor ZDFE is well known for its slate of compelling crime drama, including Scandinavian series such as Forbrydelsen (The Killing) that kick-started the boom for Nordic fiction a decade ago. And now head of drama Robert Franke has identified a gap in the market that One Bad Apple can fill.

“What’s an underserved genre? Something made for the female audience,” he says. “We wanted to find a project that could take this on. Paul had this and I knew it was something special. It was perfect for what we were trying to do as a distributor. We took it from there, we funded development and then Paul found Gavin and Rebecca.”

Johnson looked at 30 different writers and interviewed 10 before the Scotts signed up. “Their ideas, chemistry and eye for captivating story ideas came out and I was hooked,” he explains. “Then I went out to LA in March last year and brainstormed with them and a story editor. We put together the story arc and episode structure and began the narrative journey.”

A month later, Gavin and Rebecca landed in the UK to explore the Sussex countryside, castles, mysterious grounds and ancient churches and take in the spirit of One Bad Apple’s setting. Two episodes have now been written, with storylines for 18 episodes also completed.

“It’s a universal process about discovering who you really are,” Gavin Scott says of the show’s central premise. “That’s what the two female protagonists are doing in the most special way. Mercy has discovered she’s the devil’s daughter, it’s quite a big deal. That’s a parallel for the process of self-discovery. Lydia, the antagonist, has to prevent the devil from coming back. She’s also in the process of finding who she is and how to fulfil that role.

“Paul came up with a brilliant concept but I like to know the complete logic behind it. Something in the cosmos wants to come back to Earth, but something is preventing it and the daughter is the means to do it – that was something we had to brainstorm. We worked it out together.”

Rebecca Scott picks up: “We just took Paul’s great concept and, being father and daughter, having that relationship already, we jumped on it. We got to create our own world. It was limitless and fun and we just bounced ideas. It came really quickly.”

Speaking about the pair’s writing process, Rebecca says it was a case of building a partnership as the project grew. “The first episode we wrote entirely together,” she says. “For the second episode, we wrote different acts and then swapped them. We created everything together and then physically swapped our work in progress.

Gavin, who has worked on series The Young Indiana Chronicles and hit movie Small Soldiers, continues: “This is not just two writers coming together, it’s two generations. It’s a fantastic resource to draw on. I’ve been watching TV since the 1950s, while Rebecca is of the generation that’s making content right now. When we’re brainstorming, having two generations gives us an enormous amount of richness.”

The announcement of One Bad Apple also comes in the wake of the sexual misconduct scandal engulfing Hollywood, and the subsequent Time’s Up and #MeToo campaigns. Rebecca, whose writing, directing and production design credits include Blood Relatives and Murder Among Friends, says she has seen manifold changes across the business in the past year.

“I’ve been a writer-director under the radar,” she explains. “I’ve had to knock on some doors myself but no one was giving me a chance. Now I’ve been working on Goliath, 911 and Scandal. I directed 10 hours last year. I don’t think I would have been able to say that a year ago. Things are changing in the most wonderful way. It’s reflected in projects like this.”

Johnson picks up: “It feels like the timing could not be better for a drama just like One Bad Apple. We certainly weren’t thinking about [the current industry climate] at the genesis of the project but we are happy that women in the entertainment industry [are being heard] and their time has come.

“We have strong female leads and characters throughout. We also have an incredibly talented female writer-director in Rebecca and we think One Bad Apple is a very good example of drama empowering women all over the world.”

With the search for a broadcast partner well underway, Johnson is optimistic that production could begin as early as this autumn, with One Bad Apple debuting at some point in 2019. A few roles have already been cast, with Johnson revealing some are “household names in the UK.” Other parts will be open to non-British actors, owing to the international mix of students and teachers at Mercy’s boarding school.

“We want to make a thrilling drama,” Gavin concludes. “Hopefully this is a thrilling and exciting, eye-opening drama. Once we set it in the English countryside, there’s also a thought there should be an element of wry humour. That shouldn’t be the heart of it. It’s a supernatural psychological thriller.”

Johnson concludes: “Mercy controls people’s minds, which doesn’t require too many special effects. This story is real life, looking at everyday people. There are not a lot of explosions – it’s a grounded drama that’s supernatural in theme but not in nature.”