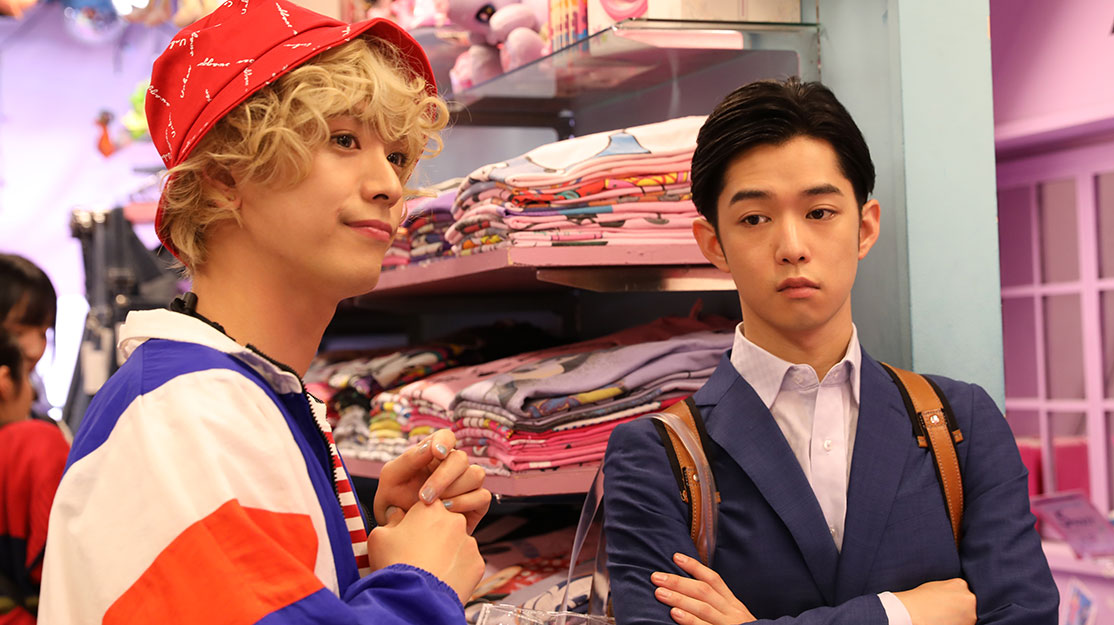 The Japanese phenomenon of ‘kawaii’ comes to television in Nippon TV’s 10-part drama Way Too Kawaii, starring Yudai Chiba. Producer Arisa Mori tells DQ about this millennial craze and how it was used as the backdrop for this fish-out-of-water story.

In 2014, four new words were added to the Collins English Dictionary. Four years on, ‘photobomb,’ ‘selfie’ and ‘onesie’ have become widespread in their use within everyday language.

But the fourth, ‘kawaii,’ remains relatively unknown outside of Japan and fans of Japanese culture. Officially, it is defined as a “Japanese artistic and cultural style that emphasises the quality of cuteness, using bright colours and characters with a childlike appearance.”

The phenomenon, which has become synonymous with Tokyo’s Harajuku district, is now the subject of a 10-part drama called Way Too Kawaii, which comes from Japan’s Nippon TV. The series, aimed at millennials, follows Nankichi (played by Yudai Chiba), a book editor at a major publishing company who suddenly finds himself transferred to a teen fashion magazine.

He struggles to find his way in this new world dominated by strong-willed women. But he gradually becomes inspired by his new job as he learns to love kawaii.

Based on Kozue Osaki’s novel Pretty Ga Osugiru, Way Too Kawaii is written by Shuko Arai and Mako Watanabe, directed by Mitsuru Kubota and produced by Arisa Mori for Nippon TV, which is also distributing the series internationally.

Filming finished in the spring, and the show is scheduled to air this month in Japan in Nippon TV’s weekly Thursday night drama slot, as well as on Hulu Japan, the most popular SVoD platform in the country

Here, producer Mori tells DQ more about kawaii and how she brought this vivid world to life.

How would you describe the story?
This is a career drama series that showcases the hard-working people who create kawaii. A young and elite editor who works for a publishing company was the star of the literary editing department until he finds himself unwillingly transferred to a teen fashion magazine. He works resentfully, butting heads with colleagues where kawaii reigns supreme. As he struggles along his way, he witnesses the professionalism behind it all and sees there is a passionate spirit beneath the glitz and glamour – and romance blossoms.

When did you fist consider adapting the novel and why?
Our goal was to produce a drama for international viewers right from the beginning stages of planning. To make the most of the project, I thought it would be best to feature a concept that is proudly Japanese, and we decided on an original work about the kawaii culture and the people who work at a young and trendy fashion magazine. Also, I found the original title Pretty Ga Osugiru (There’s Pretty Everywhere) to be so catchy that it left an indelible impression on me and became a factor in considering the work.

What attracted you to the story?
There are a lot of people like the main character who are feeling torn because of failing to land their dream job. But a job is not about doing only what you love – I believe people grow through their profession when they experience different kinds of struggles. One of the attractions of this story is its depiction of the pervasive theme in many people’s lives: what makes a job satisfying? Set in the editing department of this trendy fashion magazine, the workplace seems glamorous on the surface, but the people are actually also doing humbling tasks day after day. That contrast is something I find very appealing.

How was the series developed with Nippon TV and Hulu Japan?
Nippon TV is in charge of singlehandedly producing and broadcasting Way Too Kawaii. Hulu Japan, a subsidiary of ours, is not involved in the production. However, we have planned for Hulu to stream the series one hour before our broadcast. We also want to bring the show to the attention of digital-conscious viewers.

How would you describe the adaptation and writing process with Shuko Arai and Mako Watanabe?
The first two episodes were penned by Arai and episodes three to 10 by Watanabe. Before the writing process began, they interviewed people working in the editing departments of Harajuku fashion magazines, as well as models. Arai also went to Harajuku and gathered ideas by talking to people who run clothes shops that are popular among young people. Watanabe worked at a publishing company as a magazine editor until recently and was able to tap into her personal experience. None of us, including the producers, directors, and screenwriters, were experts in Harajuku’s fashion culture so we all learned an incredible amount and were fascinated during the pre-production research and interviews.

How would you describe the look and design of the series, inspired by Kawaii?
Harajuku’s kawaii culture is uniquely pop and colourful. Not simply cute and adorable, it is at times crazy, toxic and original. In order to visually express this, we set incredibly high standards in creating the set for the editing department of the fashion magazine, as well as the clothes and make-up of the models. We even asked some of the actors to dye their hair in flashy colours, wear multicoloured wigs and put other fun things on their heads. It was important for us to show as much of Harajuku’s street fashion as possible, so we also asked real-life fashion stylists for Harajuku fashion magazines to select clothes and accessories for us. As for styling, we put together different patterns to come up with diverse ensembles and made sure the motifs were as colourful as they could be in order to depict a Harajuku world though Way Too Kawaii.

How did you cast Yudai Chiba in the lead role?
I decided to cast him for the main role because one of the producers on this project, Reina Oda (Your Home is My Business, Pretty Proofreader), had worked with Chiba numerous times and she continues to be impressed by his unmistakable acting talent and professionalism. Chiba has a cute look and has starred in many works that portray him as kawaii, so I thought it would be great to have him do something different by playing a stiff editor who hates kawaii. There was a part of me that wanted to see him enter a new frontier in his acting, and it worked out perfectly.

Why do you think this series will appeal to millennial viewers?
We millennials have a very open mind when enjoying content; I don’t think about where it was produced or what nationality the star is, as long as it is entertaining. Moreover, Japanese content has so much potential. This series has an amazing story that viewers of the same age as the lead actor can deeply relate to. What’s more, it is filmed in the holy land of Japanese kawaii culture, Harajuku.
It is home to many shops that sell unconventional fashion, as well as ‘Instragrammable’ and photogenic sweets. The unique Harajuku culture transcends borders and has the power to captivate young people across the world. Each episode of Way Too Kawaii is fast-paced and unfolds in 30 minutes, making it suitable to enjoy on smartphones and other portable devices.

What were the biggest challenges in production?
In Japan, the filming and editing of drama series typically happens in parallel. But because Way Too Kawaii was intended for international viewers from the get-go, we wanted to finish filming four months before broadcast and complete the editing three months before its debut. In so doing, we were able to focus our efforts on the international roll-out from a very early stage and, thankfully, we have already sold the title in nine countries and regions in Asia, where it will be broadcast and streamed virtually at the same time as Japan. We began preparing early for the Asian world premiere in the hope that its international premiere today at Mipcom will pique the interest of viewers in Europe, the US and all other territories. Our aim is to continue with more projects like Way Too Kawaii and develop Nippon TV content for the enjoyment of the global audience.
But all things considered, filming in Harajuku was quite the challenge. Regardless of the day, the streets are packed and bustling with young people and tourists, which at times made it difficult for us to continue shooting. We overcame these hurdles by making adjustments such as minimising the number of filming crew and using compact equipment so that we could shoot and be done speedily. It was challenging but it created quite a unique series, so it was very rewarding.

Why might Way Too Kawaii appeal to international audiences?
With the Olympics coming to Tokyo in 2020, we are experiencing a huge rise in tourism to Japan. Harajuku is visited by tourists from all over the world. To say that ‘kawaii’ can be heard here more than any other place on the planet may not be an exaggeration. I hope that through Way Too Kawaii, people will feel the energy that Harajuku radiates and see how it is the epicentre of all things trendy among the younger generations. Perhaps we can even expect travel channels to get interested in this drama series.
Moreover, this story is not simply about being catchy and unique. As the main character struggles in a new position that feels completely foreign to him, Way Too Kawaii depicts the challenges and joys of work and has all the makings to be a frontrunner in the work-focused drama genre. People across all generations will find something they can relate to in this programme.