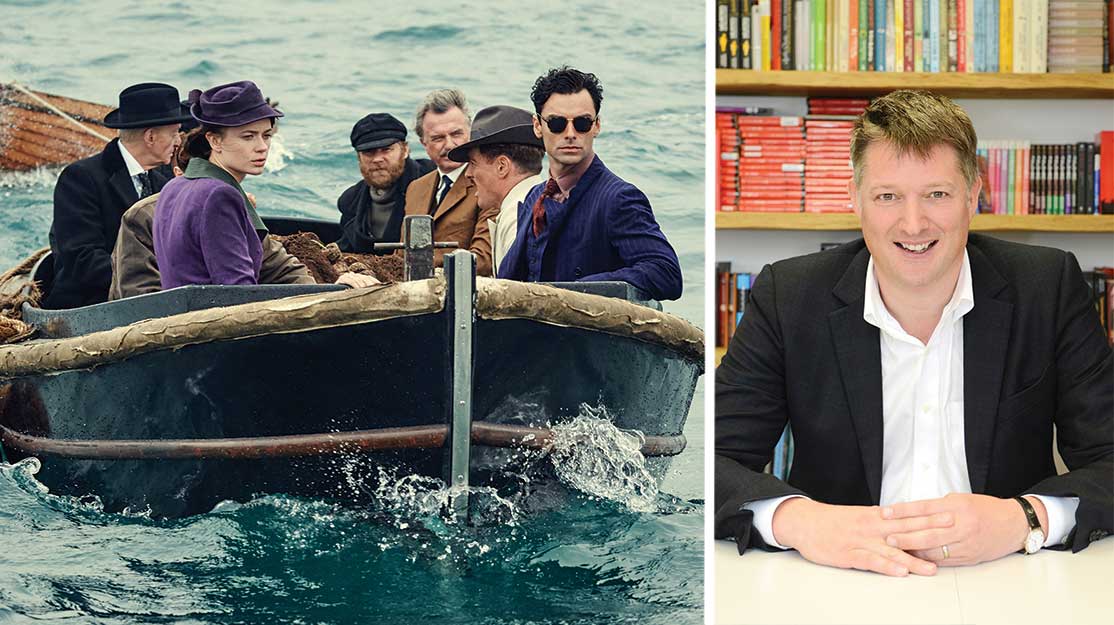 Six of the Best: James Prichard

The chairman and CEO of Agatha Christie Limited and great-grandson of the iconic crime writer reveals his six favourite adaptations of her work, which include some memorable cast members, a big-screen blockbuster and a French remake.

Curtain
The ITV series of Poirot films with David Suchet has been such a huge part of Agatha Christie Limited’s story. The project lasted 25 years and covered every story that existed. I have chosen Curtain, Poirot’s last case, because it is such a powerful story – Poirot declares to a houseful of guests that one of them is a five-time murderer. Every time I read it, it brings a tear to my eye. I thought this production did it justice and was a fitting end to the series in 2013.

And Then There Were None
How could we follow our long-running series of Miss Marple and Poirot with ITV? The answer was this 2015 BBC miniseries, based on the story about 10 strangers drawn to a remote island before they discover there is a killer among them preparing to murder them one by one. Sarah Phelps brought a fresh eye to adapting Agatha Christie – she had not read any of the books before being asked to do this – and added a darkness and seriousness that is present in the books but had not been expressed on TV before.

The Body in the Library
I grew up very much favouring Poirot over Miss Marple. I have re-evaluated this view over the past few years and feel Marple is due a reboot. Joan Hickson for me is the finest iteration of the character there has been. This is the best episode, in which Marple is called to investigate the discovery of an unknown woman found murdered in a family’s library.

Why Didn’t They Ask Evans?
This 1980 adaptation starring Francesca Annis was really the first of the modern television adaptations of Christie, paving the way for everything that has followed. As a 10-year-old when it first aired, its story of two friends who set out to find a killer terrified me. I had nightmares about it for years afterwards. It is therefore possibly wrong to list it as a favourite – I’m not sure I could watch it even now – but it has stuck with me and demonstrates the potential power of Agatha Christie on TV.

Les Petits Meurtres d’Agatha Christie
I don’t know if I could single out an episode, but this French series inspired by Christie’s novels is one of our hidden treasures (except in France, where it is incredibly successful). The series has been going for 10 years now and is a fantastic example of how popular Christie is around the world. It also shows that you can be quite radical in your adaptation, yet still remarkably faithful to both the story and the spirit of Christie.

Murder on the Orient Express
I thought it appropriate to put a bit of Hollywood glamour in here. We had not done a proper movie for a while and I think this 2017 feature reminded people of what can be done. It also illustrated again the extraordinary global reach that my great-grandmother has. The 20th Century Fox film was a massive commercial hit all over the world. The story, in which Poirot (played by Kenneth Branagh) is tasked with finding a murderer aboard the titular train, was retold very faithfully by scriptwriter Michael Green. And Ken’s moustache was clearly the greatest in all England.