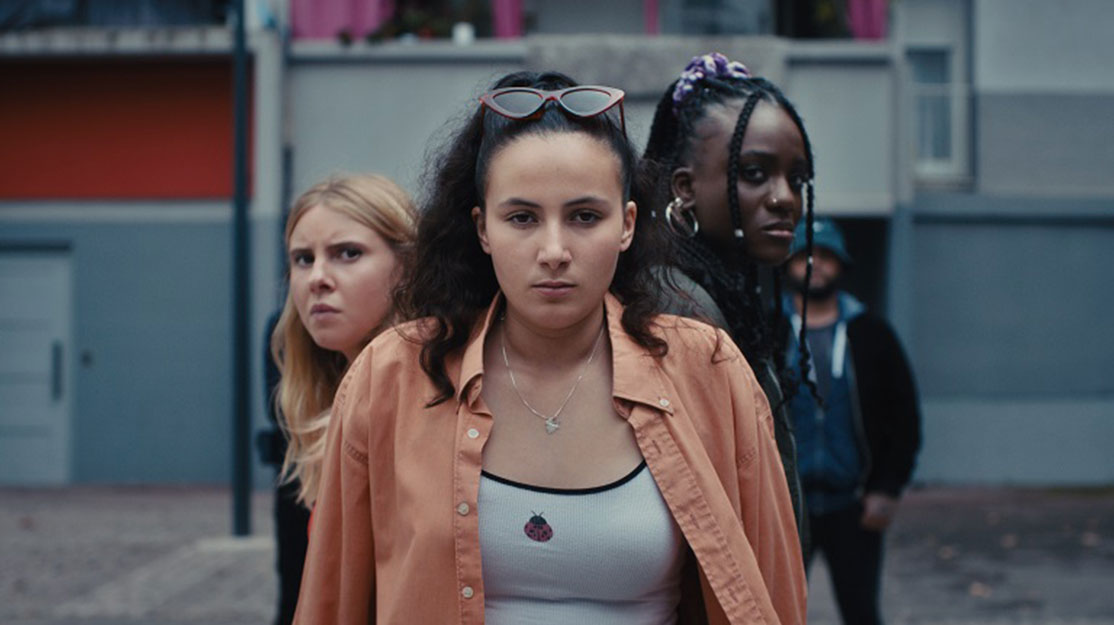 Producer Elizabeth Arnac looks back at the making of French musical drama Reusss (Sisters), the story of three friends who turn detectives after a brutal attack.

With school finished, three best friends are looking forward to a summer of first loves, plans for the future and breaking into adulthood. But things don’t go quite as planned for Hanane, Maïssa and Ambre, the protagonists at the heart of French musical drama Reusss (Sisters).

When Hanane’s brother Djamel is attacked and found unconscious, the trio turn detectives and investigate what happened as flaky boyfriends, overwhelmed parents and ticked-off dealers mean they will have to rely on each other more than ever.

France TV Distribution holds international rights to the series, which had its world premiere at French television festival Series Mania earlier this year.

Here, Lizland producer Elizabeth Arnac reveals the theatrical origins of the project, working with Proof and the themes at the heart of the story.

What are the origins of Reusss?
I saw a musical show, Place des Mythos, at La Villette in Paris. It had more or less the same plot – the story of girls living in a project, who try to understand why the brother of one of the girls has been mugged. Homophobia proved to be the reason behind the attack in that show, as it is in our story.
This musical show had been created by a social worker with teenagers from Ris Orangis, a difficult neighbourhood in the suburbs of Paris. I loved the energy and optimism of the show, despite the heaviness of the background and the subject matter, and wanted to adapt it into a series that would have the same mood and feeling. The plot had to be thoroughly developed and reworked to fit a 10-part, 20-minute format.
I had known Jérôme Larcher for a while and knew his talent and interest in musical comedies. We previously did a TV film together on homophobia (Baisers cachés). I knew he was the right person to work on this project.

Tell us about the main characters and how we follow them through the story.
The plot is constructed around the girls’ investigation into who attacked Djamel, Hanané’s brother. Along with that plot, we discover each girl’s quest for love and how they are going to make choices against their parents’ wills.

What themes did you want to discuss?
The story exposes the main problems that second- and third-generation immigrants’ children deal with in France, including segregation and violence. One of the girls is 100% white but she is also confronted by segregation because she grew up in a bad neighbourhood and doesn’t match the mainstream criteria in France.

How did you develop the series with France TV’s Slash? What kind of show were they looking for?
They asked for a musical series in September 2018 and I remembered Place des Mythos. I worked with Catherine Regula [the writer director of that play] and Jérôme Larcher to adapt it.

Tell us about the writing process.
It took three-and-a-half years. We wanted to have young writers associated with the writing process and it was important to have people who experienced growing up in this type of neighbourhood. It was also very important to avoid clichés often associated with the difficult suburbs of France. Jérôme Larcher headed the writing pool and we also had another senior writer, Philippe Bernard, helping the young authors to construct the plot. Altogether we had 12 writers participating in the development.

How did you work with Proof on the music for the series?
I choose to work with Proof because of his strong background in hip-hop music. I knew we couldn’t deal with more than two music and dance pieces per episode because of our very limited budget, so these two moments were decided very early on. We knew what and who would sing and dance and what would be the content of those songs in each episode. The dialogue writers were encouraged to write the songs, even though we knew Proof and the songwriters would rewrite these once the melodies were created by Proof and his team. But these initials songs helped the songwriters to write meaningful lyrics and songs that would help the plot grow and develop.

Does the series have a distinctive visual style?
I chose the directors because of their experience in directing video clips and adverts. I wanted a very trendy visual style matching the expectancies of the young audience watching music videos.

Where did you film the drama and how are locations used?
The show was shot in Sete [on the outskirts of Montpellier] because the directors and I fell in love with this amazing suburb, both ghetto-like and unreal because of its location by the sea and the canals running through it.

What was your experience like on set?
We shot between two-and-a-half and nine minutes a day. The average was five to six minutes a day, so it was extremely intense. The directors had a very long preparation period, which helped them to foresee every scene. For six weeks before shooting, they worked with the choreographer to help visualise the shoot and for the actors to get to know each other.

Why do you think the series might appeal to international audiences?
I have no clue if this show can travel because the songs are in French and nobody knows if there will be interest in keeping them this way or having the whole thing dubbed. They might not seduce anybody outside of France. This whole project is an adventure and, at each stage, we went ahead not having answers and learning and experiencing as the work developed. The incentive was the love of musicals and their amazing power to divert and make people happy. Don’t we need that more than ever?