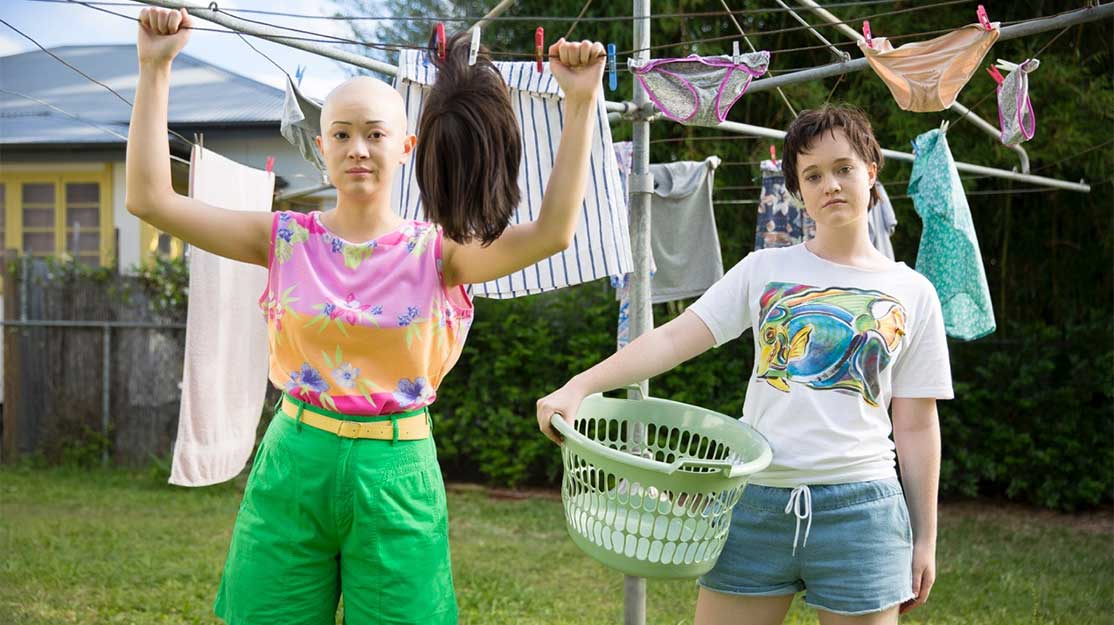 Australian series Homecoming Queens is among the shortform dramas being screened at this week’s Berlinale event. Series producer Katia Nizic tells DQ about the origins of SBS On-demand’s first ever commission and the challenge of producing shortform content.

While shortform web series have traditionally struggled to break out among the sheer volume of longform dramas, there are many signs that this is about to change. Fuelled by the success of series such as vampire-themed Carmila and teen dramas such as Skam –both the Norwegian original on NRK and the US remake for Facebook Watch – more money than ever is being poured into the medium, with writers, directors and producers viewing the format as a way to bring their stories to the screen while showcasing their talents.

That was certainly the inspiration behind Homecoming Queens, a seven-part series commissioned by Australia’s SBS that launched in April 2018. Such is the growing interest around shortform that the drama is now among five chosen to be screened this week as part of Berlinale’s Drama Series Days event. Others include Fat (Argentina), Gender Derby (France), Hotel Paradise (Denmark) and Stateless (Turkey/Germany).

The story of Homecoming Queens begins when, after discovering she has alopecia, children’s television presenter Michelle goes home to Brisbane and arrives on her best friend Chloë’s doorstep. Chloë, who has had her own struggle with breast cancer, welcomes her back openly at first and tries to enlist her help in ticking items off her ‘reverse bucket list,’ now that her chemotherapy has finished – but Michelle is nervous and far from ready to deal with her new illness.

Generator Pictures’ Katia Nizic was approached in February 2016 by director Corrie Chen with a two-page outline for the series created by writers Chloe Reeson and Michelle Law (who plays Michelle on screen). The idea was based on the pair’s own lives – Law suffered from alopecia, Reeson had breast cancer – and they were looking for a producer to take it on. Nizic was immediately drawn to the story and its Brisbane setting, so they got together and began workshopping the series.

By the end of that year, broadcaster SBS and Screen Australia had invested some development funding into the project. And with all seven episodes written, the pilot was shot in January 2017 in the middle of a sweltering heatwave.

“In terms of what [themes] ended up in the finished show, everything we shot in the pilot is in there,” Nizic says. “SBS really bought into it and I pushed them to make a decision in four weeks, which meant we could get on with financing the rest of the show and doing more script development with SBS.”

SBS gave the greenlight in April 2017 and pre-production began that October. “We basically ended up shooting a feature film – the whole series is 85 minutes – with about 18 months’ development. But in other ways, despite all having to work other jobs and do other writing gigs, we were working on it pretty intensely during that time. We had a lot of feedback because we had Screen Queensland, Screen Australia and SBS development support. We put the same level of care into the development as you would a film; we just knew we’d be shooting it with about half the money of a low-budget feature.”

Nizic says Homecoming Queens was always conceived as a shortform series, with self-contained episodes that each advanced the story to its conclusion. On a limited budget, it was also important not to cram too much story into each instalment, with episodes running between nine and 16 minutes.

“In terms of how we developed the show – the number of writers rooms and drafts and feedback we incorporated and how rigorous it was – it was no different from a television series development,” Nizic says. “In fact there may have been more scrutiny because we hadn’t done this before. We went through five or six drafts for each of our scripts in terms of feedback and rewriting. We really wanted this to be a calling card for whatever any of us wanted to do next. We also wanted to make something high quality that would look good if you put it on a TV screen.”

At the heart of the series is Chloe (Liv Hewson) and Michelle’s relationship, and how it changes over the course of the season as they learn about themselves and each other. “We had to get them to a point where their friendship had changed but potentially for the better,” Nizic says of building the story. “So in trying to reverse-engineer that, we were thinking in terms of what’s happening for them in each episode and asking how is it impacting their relationship and how is it moving it forwards or backwards, and figuring out the storylines based on that and giving each episode a beginning, middle and end. It did end up being extremely difficult, and maybe that’s why we had so many drafts.”

Yet despite the emotionally charged subject matter, Homecoming Queens delicately blends a mix of humour and drama, which Nizic credits to Reeson and Lee’s relationship as well as finding the comedy in some incredibly sad situations. “It’s not everyone’s reaction [to the situation] but it’s certainly theirs and I really liked that dark humour when I saw the initial outline for the series,” she adds. “I thought it was an interesting way to tell it and it really works, for Australian humour anyway.”

In production, Nizic notes that SBS kept a keen interest in the series, owing to the fact it was its first online commission. With little room for error on a budget of A$690,000 (US$488,000), every single page of the shooting scripts was committed to film, despite the production one day facing a sudden thunderstorm that forced the crew to move locations after they were forced to evacuate the beach where they had been filming.

“Basically we had a crew of 20 to 25 on any given day and we had quite a few scenes with lots of extras,” Nizic says. “We did have small departments but we just had to choose wisely in terms of people like the art department. We had an art director who was doing all the financial stuff, was on set every day and then made us a ‘Harry Potter’ castle on the weekend. We chose people we’d all worked with before who are multi-talented and knew what kind of job it would be. It’s not that they were unpaid, it’s that they had to go above and beyond.

“There was a challenge getting what we wanted creatively because Brisbane doesn’t have a lot of studios. One of our biggest tasks was finding all the locations we needed. Mostly, we needed to film in houses, but we also got into a hospital training facility that looks like a hospital. We got into this huge bar for the drag show. If we hadn’t been able to get those locations locked down, it would have been a nightmare.”

Though a second season isn’t forthcoming, Nizic says Homecoming Queens turned out to be the show they wanted to make at the outset, pointing to shortform web series as a creative opportunity to take risks broadcasters may not want to stomach with a full-length commission.

“A web series gives an opportunity to people like me who previously just made shorts and want to show what they can do,” she adds. “We worked incredibly hard to make sure SBS were really happy with the finished project and everything went in on time. We over-delivered in terms of marketing materials. It was really important to us that this came out in the best possible light, and SBS have been really happy with it. I think they’d work with us again.”