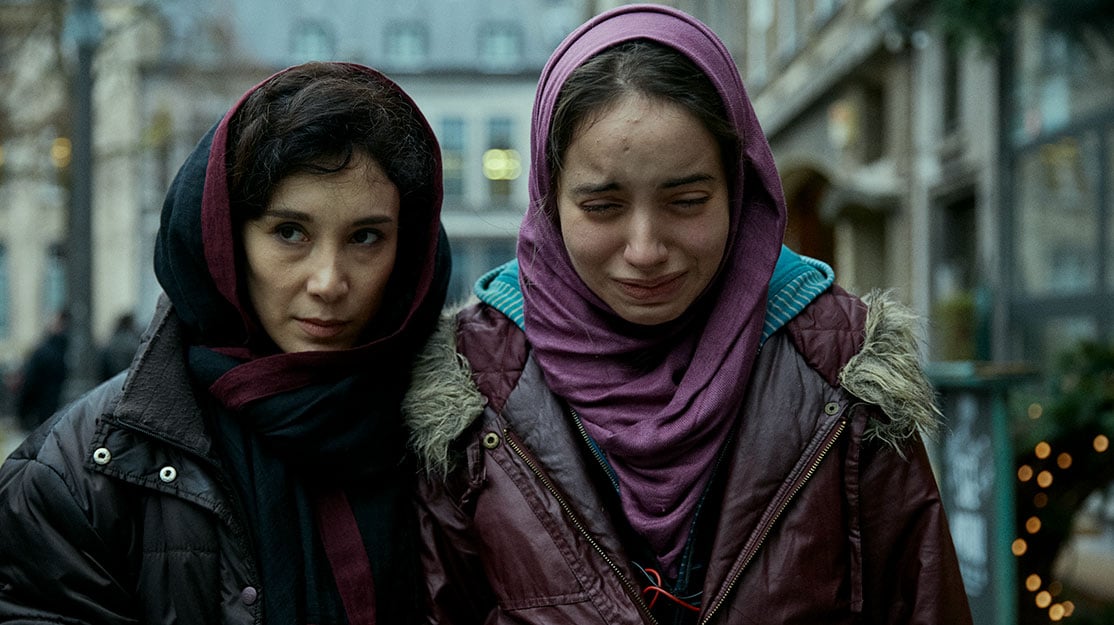 Game of Thrones star Sibel Kekilli unwraps her role in Finnish thriller Bullets, reflects on her time in the HBO smash hit and discusses her hopes for more complex roles for women.

To fans of Game of Thrones, Sibel Kekilli is instantly recognisable as Shae, a prostitute who becomes Tyrion Lannister’s mistress and a handmaid to Sansa Stark. Featuring in the first four seasons of the HBO fantasy epic, the character eventually meets a tragic end at the hands of Tyrion (Peter Dinklage), shortly before he kills his father with a crossbow.

However, the award-winning drama is just part of a 20-year screen career for the German actor, whose other TV credits include Inspector Borowski and long-running crime drama Tatort.

More recently, Kekilli starred in Finnish series Bullets, which became one of local streamer Elisa Viihde’s first original dramas upon its 2018 debut and is now set to launch on Walter Presents in the UK on Friday.

An international thriller set against the backdrops of Helsinki, Belgium’s criminal underworld and the troubled streets of Georgia, Bullets stars Kekilli as Madina, an asylum seeker in Finland who appears to be of interest to the local authorities.

Mari (Krista Kosonen), an ambitious intelligence officer, goes undercover to befriend Madina, who is known as a former recruiter of suicide bombers and was once one of the most wanted terrorists in the world – but had been presumed dead. Mari sets out to win Madina’s trust and discover why she’s returned from the grave and what her intentions are in Helsinki.

Here, Kekilli speaks to DQ about the extent to which viewers can trust Madina, how she prepared for the role by learning some Chechen and why it’s time for female actors to have more complex characters to play.

Can you introduce us to the story of Bullets?
It’s about two women whose paths cross in Finland, where they develop a tricky relationship based on trust and mistrust at the same time. They are very different, and each seems to be locked into her own world. Nonetheless, they have to learn to open themselves up to each other.

Who is Madina and how do we follow her through the story?
Madina is a Chechen woman with some severe traumatic experiences. She lost her husband and her daughter and had to flee from her own country. In order to survive, she is drawn to rather shady people who do not operate only on the legal side and, therefore, she sometimes takes wrong turns in her life.

As viewers, how should we view Madina? Can we trust her or sympathise with her, knowing her past?
From a viewer’s perspective, you will most probably not always have a full understanding of her decisions, but certainly some of her actions do make sense, especially when her past is taken into account. In the end, viewers have to decide whether they can live with her decisions. Life is not black and white; actually, most of it is grey, and there are reasons why she does things the way she does. If you ask me, you should not entirely trust her, but I do believe you can sympathise with her in certain aspects when looking at the whole picture.

How does her relationship with Mari weave through the series?
Madina and Mari do not really trust each other, but they do need each other. Madina, for instance, does not know anyone in Helsinki and she wants to find her daughter, whereas Mari wants to get more information about Madina’s plans. It’s quite a complicated relationship between them. To go further, they have to learn to trust each other in one way or another.

What can viewers expect from the series?
It’s an exciting, complex story of two strong women who are both lost in their own worlds. As it’s a Finnish series and most of it takes place in Helsinki, the show also has a Nordic rhythm – slow, intriguing and dark. And without revealing too much, it has some unexpected turns.

Why were you drawn to playing Madina and how did you approach the role?
First of all, as an actress, it’s rather rare to be offered a complex role like this. Most of the time, women are only present in side stories. And it’s not a role where you only sympathise with her – Madina is a challenging character not only for me but also for the audience, because we – people who live in a free, democratic, open-minded society – do not necessarily understand all her decisions at first. But maybe we can try to understand.
I have read a lot about black widows in the past 10 years because I wanted to understand how women become a suicide bombers or recruiters. I had some stunt rehearsals and gun shooting sessions beforehand and I also tried to learn at least a few words in Chechen, which is anything but easy.

What was your experience filming the series and working with director Pete Riski and co-star Krista Kosonen?
It was great working with them. I knew the Finnish culture a bit because, years ago, I shot a movie there for several weeks, so I was already prepared for rather distanced and quiet people. The general stereotype is a bit true in that sense but they are still lovely, of course.

What were the biggest challenges you faced, either in preparation or on set?
I was very keen on learning some phrases in Chechen because, especially in stressful situations, you fall back to your mother tongue. But not only was finding somebody who speaks English and Chechen difficult, the language itself is so hard. And the Finnish winters may be beautiful, but shooting at night at around -20°C can be really challenging.

What kinds of characters do you like to play?
I love to play diverse, complex roles so that I can translate these kinds of characters with my acting for the audience to understand them. But generally speaking, I would be very happy if there would just be more of those kinds of role offers for female actors. I think the time of actresses just being the cherry on top of the ice cream is over.

International viewers will recognise you from your role as Shae in Game of Thrones. Why do you think Shae was such a popular character and what was it like to play her?
I believe that’s because people saw her being completely loyal to Tyrion. It did not matter to her what he was doing – marrying another girl, for example. She just stood by his side. But at the end when he insulted her, even if it was aimed at protecting her, he crossed the line.
I loved the character. She was not simply black and white, and she had guts. At the end, for Tyrion’s trial scene, I had to work to accept and understand her actions. But eventually [I realised] she had no other choice.

What do you remember most about appearing in the series?
Everything – there is no ‘most.’ That show was so unique and so was my experience with it. From being able to play with marvellous colleagues to friendships emerging out of a working relationship, it was very precious and will always be very special.

How have you been affected by the pandemic? Have you been able to continue working?
Actually, the first few weeks of the lockdown in March last year made me calm and I loved that the whole world slowed down. But now, the longer it lasts, the harder it gets. I haven’t been working for a year now. All my projects were postponed to this year, so I used my free time to renovate my flat and I am constantly discovering Hamburg, my town, in a different way. I take a walk twice a day and discover all the beautiful tiny places I have never paid attention to. I love visiting cemeteries, for example; they’re so peaceful.
Beyond that, I have caught up with some series I never had time for, like Breaking Bad, Chernobyl, Downtown Abbey and The Handmaid’s Tale. But I have to admit my world has become a lot smaller during these times. I miss not only travelling but also being able to see my friends abroad.

What are you working on next?
In early February, I will shoot a lockdown project. It’s going to be an experiment. We will shoot the whole script on one day in a studio but in front of the laptop, so the shooting itself will be a whole new experience for all of us.