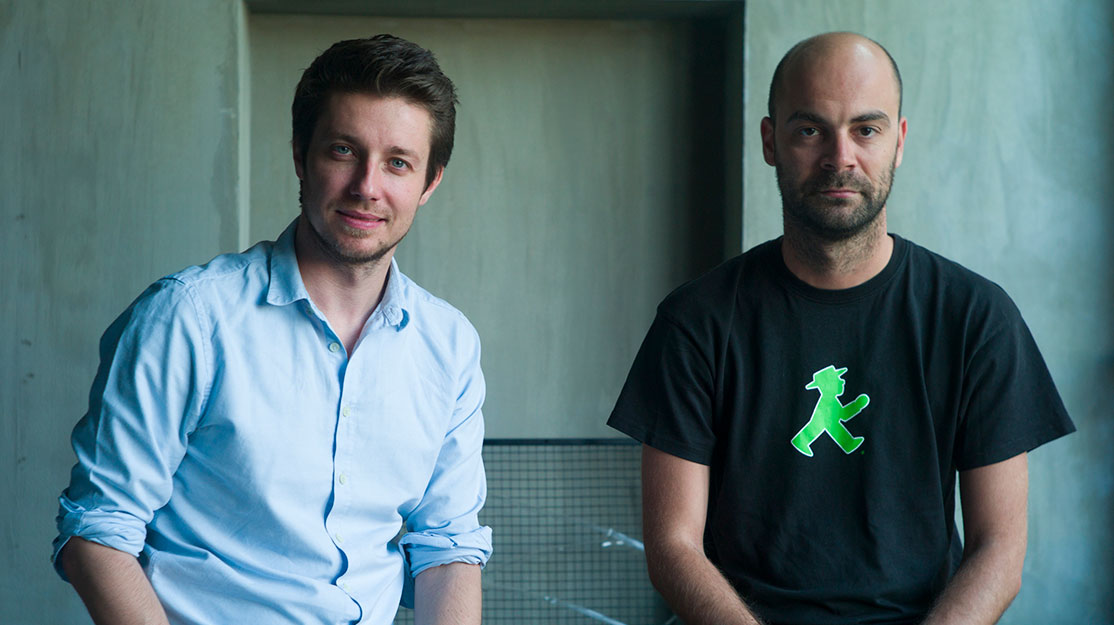 The next project from Goran Stanković and Vladimir Tagić, the creators of popular Serbian dramedy Morning Changes Everything, centres on a pivotal moment in contemporary Serbian history.

Last year, Goran Stanković and Vladimir Tagić found success with their very first TV series, a dramedy named Morning Changes Everything – and the show did just that for the pair of old friends. Their first foray into TV proved hugely popular in Serbia, as well as attracting viewers in nearby Bosnia and Croatia. However, it also made the creators realise they were ready to move on to what they hope will be a bigger, better project. Enter Sabre.

“Instead of doing a second season, for which there was huge demand, we decided to do a new story. Something different to jump out of that genre we were doing and into something a little different,” says Stanković, who is writing and directing the new show alongside Tagić.

Their new series delves into one of the most important events of Serbian history, the 2003 assassination of prime minister Zoran Đinđić. The political thriller will follow a female journalist and police inspector (played by Fargo’s Goran Bogdan) investigating the murder. Stanković’s This & That Productions, which was also behind Morning Changes Everything, is producing.

Tagić weighs in on the impact the assassination had on Serbia, and how they are going about structuring the new show. “It was the most important thing to have happened in Serbia in the past decade or 30 years,” he says.

“Our main focus is to know as much as we can about everything that happened. We’re reading a lot and watching a lot of documentaries and stuff like that, but we are making fiction. So we are taking those elements and making it our own, changing it in order to make it more universal, more authentic to really make it more personal, in a way. That’s what is important for us.”

It was not an accident that Stanković and Tagić found this project on their desk. The success of Morning Changes Everything led the general director of the national broadcaster RTS, Dragan Bujošević, to propose the idea to the pair.

“He told us he was thinking about making something about Đinđić and that he’d offered that story to a bunch of people, but nobody wanted to do it because it’s a really hard topic,” Tagić says. “We started thinking that that’s the perfect thing for us, and we were like, ‘OK, we’ll do it.’”

Stanković and Tagić are still at the early stages of bringing the project to light and are currently in the scriptwriting phase, though they already have the pilot episode in the bag. But they are aware there is a long road to go before Sabre starts to properly take shape and of the possible obstacles they may face along the way.

“In Serbia, development deals are very rare at this point,” Stanković admits. “We are now at the stage where we really need funds to move forward, to do more research, to hire more writers and get to the next stage.”

Luckily, one of these hurdles has already been partly overcome, with Sabre winning the Film Center Serbia CineLink Drama Award at this year’s Sarajevo Film Festival in August, giving Stanković and Tagić €10,000 (US$8,800) to further develop the project. On top of that, the production was recently approved for funding from the EU’s MEDIA programme.

Though the funding award and MEDIA backing will be a load off the production team’s mind, Stanković and Tagić aren’t looking too far down the line and are working progressively to get their project off the ground. They’re keeping a simple but hopeful outlook on the project.

“For us, the most important thing is to really be sure we make the screenplay and the concept as strong as we can, and feel good about it,” Tagić concludes.

tagged in: Goran Stanković, Morning Changes Everything, Sabre, This & That Productions, Vladimir Tagić