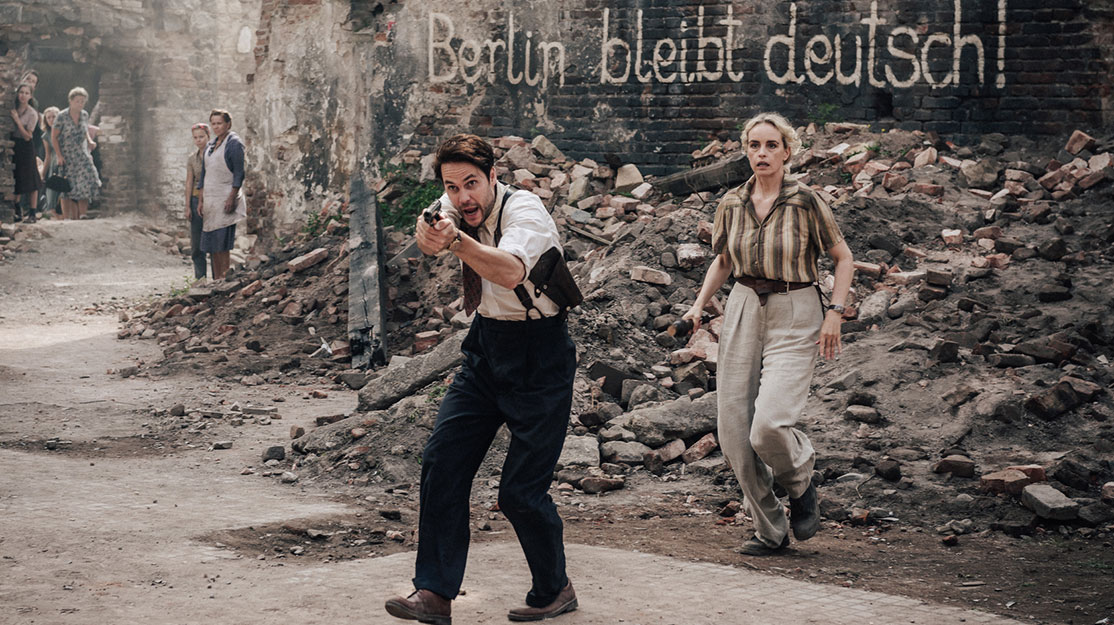 DQ checks out the upcoming schedules to pick out 10 new dramas to watch this October, from Disney’s take on the space race to a Hulu horror anthology and a Swedish small-town thriller. 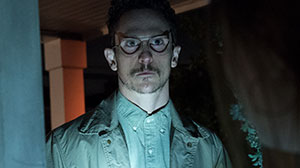 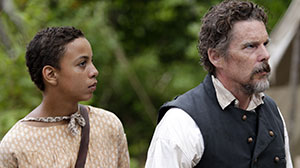 The Good Lord Bird
From: US
Original broadcaster: Showtime
Starring: Ethan Hawke, Joshua Caleb Johnson
Air date: October 4
Also airing: Sky (UK), Stan (Australia)
Adapted from the novel by James McBride, The Good Lord Bird spotlights the complicated racial, religious and gender roles that make up the American identity. Told from the point of view of Onion (Johnson), it follows an enslaved boy who becomes a member of Brown’s motley family of abolitionist soldiers and eventually finds himself participating in the famous 1859 raid at Harpers Ferry. 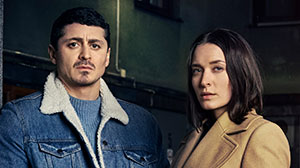 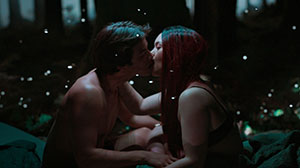 Trickster
From: Canada
Original broadcaster: CBC
Starring: Joel Oulette, Crystle Lightning, Kalani Queypo, Anna Lambe, Nathan Alexis, Georgine Lightning, Craig Lauzon, Joel Thomas Hynes
Air date: October 7
Also airing: SyFy (UK), NITV and SBS On Demand (Australia), Globoplay (Brazil), KinoPoisk (Russia)
Jared (Oulette) is an Indigenous teen struggling to keep his dysfunctional family above water. But when he starts seeing strange things – talking ravens, doppelgängers, skin monsters – his already chaotic life is turned upside down. It turns out he’s inherited magical abilities from his mother, and from someone Jared never even knew existed – his real father, Wade. Jared’s mum hid the truth from him because Wade is not just any dad, he’s also the mythical Trickster – and Wade’s reason for suddenly showing up in his son’s life is centuries in the making. Wade has come back to determine if Jared has inherited his magic, because only one Trickster can exist at a time. The series is based on the book trilogy by Eden Robinson. 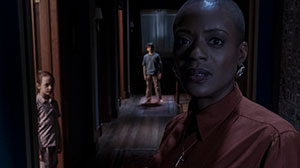 The Haunting of Bly Manor
From: UK
Original broadcaster: Netflix
Starring: Henry Thomas, Victoria Pedretti, Amelie Bea Smith, Benjamin Evan Ainsworth, Rahul Kohli, Amelia Eve, T’Nia Miller
Air date: October 9
From The Haunting of Hill House creator Mike Flanagan and producer Trevor Macy comes the next chapter of Netflix’s The Haunting of… anthology series, set in 1980s England. After an au pair’s tragic death, Henry Wingrave (Thomas) hires a young American nanny (Pedretti) to care for his orphaned niece and nephew (Smith and Ainsworth), who reside at Bly Manor with the estate’s chef Owen (Kohli), groundskeeper Jamie (Eve) and housekeeper Mrs Grose (Miller). But all is not as it seems at the manor, and centuries of dark secrets of love and loss are waiting to be unearthed in this chilling gothic romance. At Bly Manor, dead doesn’t mean gone. 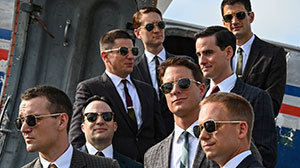 The Right Stuff
From: US
Original broadcaster: Disney+
Starring: Patrick J Adams, Jake McDorman, Colin O’Donoghue, James Lafferty, Aaron Staton, Michael Trotter, Micah Stock
Air date: October 9
This eight-episode show, based on the book by Tom Wolfe, tells the story of the Mercury 7, America’s first astronauts, and the early days of the US Space Program. At the height of the Cold War in 1959, newly formed NASA is given the monumental task of putting man in space as seven military test pilots are plucked from obscurity and forged into heroes before they achieve a single heroic act. 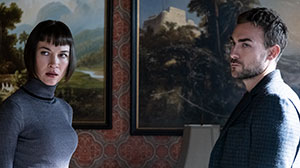 Helstrom
From: US
Original broadcaster: Hulu
Starring: Tom Austen, Sydney Lemmon, Elizabeth Marvel, Robert Wisdom, Ariana Guerra, June Carryl, Alain Uy
Air date: October 16
A Hulu original, Helstrom follows the complicated dynamic between Daimon (Austen) and Ana Helstrom (Lemmon), the son and daughter of a mysterious and powerful serial killer, as they track down the worst of humanity, each with their own attitude and skills. The 10-part series comes from Marvel Television and is based on the Marvel Comics characters Daimon and Satana Hellstrom.

Beartown
From: Sweden
Original broadcaster: HBO Europe
Starring: Ulf Stenberg, Aliette Opheim, Tobias Zilliacus, Miriam Ingrid, Oliver Dufaker
Air date: October 18
The small community of Beartown is slowly losing ground to the ever-encroaching trees surrounding it, but with the junior ice hockey team having a shot at winning the national semi-finals, all the dreams of the locals now rest on the shoulders of a handful of teenage boys. This heavy burden becomes the catalyst for a violent act that will leave a young girl traumatised and a town in turmoil as accusations travel through Beartown, leaving no resident unaffected. The five-part drama is based on the novel of the same name by Fredrik Backman (A Man Called Ove). 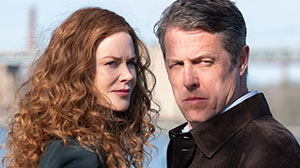 The Undoing
From: US
Original broadcaster: HBO
Starring: Nicole Kidman, Hugh Grant
Air date: October 25 (Delayed from May 10)
Also airing: Sky (UK), Fox (Australia)
Grace and Jonathan Fraser (Kidman and Grant) are living the only life they ever wanted for themselves until, overnight, a chasm opens in their existence, with a violent death and a chain of terrible revelations. Left behind in the wake of a spreading and very public disaster and horrified by the ways in which she has failed to heed her own advice, Grace must dismantle one life and create another for her child (Noah Jupe) and her family. Created by David E Kelley (Big Little Lies), The Undoing is directed by Susanne Bier (The Night Manager). 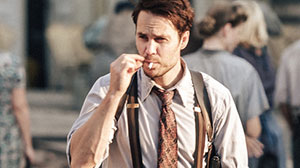