DQ checks out the upcoming schedules to pick 10 new dramas to watch this November, from an Emily Blunt-led Western and a sequel to classic fantasy film Willow to a Korean crime thriller and an epic historical drama from the creators of Dark. 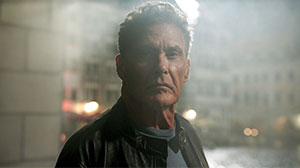 Ze Network
From: Germany
Original broadcaster: RTL+
Starring: David Hasselhoff, Henry Hübchen, Maximilian Mundt, Lisa-Marie Koroll, Athena Strates, Anja Herden, Maike Jüttendonk, Serkan Kaya, Max Befort, Urs Rechn, Cosima Shaw and Bela B Felsenheimer
Launch date: November 1
A blend of action-comedy and off-beat spy thriller, Ze Network stars Hasselhoff as a heightened version of himself in a fast-paced, mind-bending story full of dark humour. The story sees Hasselhoff cast in a new theatre play in Germany, a decision that plunges him into the centre of an international conspiracy of former Cold War assassins while all around him the fabric of reality appears to break down – leaving the star, and viewers, unsure what is real.
Watch the DQ TV interview 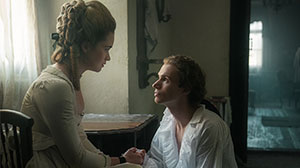 Dangerous Liaisons
From: November 6
Original broadcaster: Lionsgate+ (fka Starzplay)
Starring: Alice Englert, Nicholas Denton, Lesley Manville, Carice Van Houten, Kosar Ali, Hakeem Kae-Kazim and Mia Threapleton
Launch date: November 6
Described as a bold prelude to Pierre Choderlos de Laclos’ classic 18th century novel of the same name, this series focuses on the origin story of how his characters, the Marquise de Merteuil and the Vicomte de Valmont, met as passionate young lovers in Paris on the eve of the revolution. Driven to right the wrongs of their past, the young couple’s survival depends on their skills of seduction and manipulation of not only the French nobility but of each other.
Watch trailer 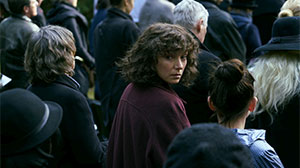 Souls
From: Germany
Original broadcaster: Sky
Starring: Birgitte Hobmeier, Aaron Kissiov, Julia Koschitz, Lili Epply, Aleksandar Jovanovic, Selam Tadese, Godehard Giese, Abak Safaei-Rad, Derya Dilber and Laurence Rupp
Launch date: November 8 (Germany), November 9 (UK)
In Stockholm, pregnant pathologist Allie tries to prevent her husband, pilot Leo, from flying to Berlin. In Berlin, Linn joins a cult whose members want to believe in life after death. And in a hospital in the middle of Germany, Hanna wakes up after a serious car accident and wonders how her 14-year-old son Jacob managed to save them both from drowning. When Jacob later claims to remember a past life as the pilot of a missing passenger plane, he changes the fate of all three women.
Watch trailer 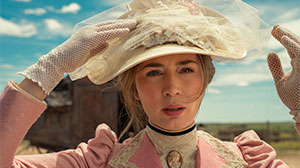 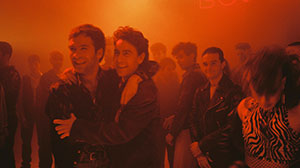 La Ruta (The Route)
From: Spain
Original broadcaster: AtresPlayer
Starring: Àlex Monner, Claudia Salas, Ricardo Gómez, Elisabet Casanovas and Guillem Barbosa
Launch date: November 13
A Spanish drama set in the 1980s and 1990s, following the journey of a group of friends from Sueca and the time they spent together along the famous Ruta del Bakaloa in Valencia, home to some of the biggest nightclubs in the country. 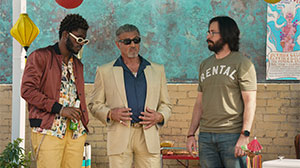 Tulsa King
From: US
Original broadcaster: Paramount+
Starring: Sylvester Stallone, Andrea Savage, Martin Starr, Jay Will, Max Casella, Domenick Lombardozzi, Vincent Piazza, AC Peterson, Garrett Hedlund and Dana Delany.
Launch date: November 14
From Taylor Sheridan (Yellowstone) comes this series following New York mafia capo Dwight ‘The General’ Manfredi (Stallone), who has just been released from prison after 25 years and unceremoniously exiled by his boss to set up shop in Tulsa, Oklahoma. Realising that his mob family may not have his best interests in mind, Dwight slowly builds a crew from a group of unlikely characters, who help to establish a new criminal empire in a place that, to him, might as well be another planet.
Watch trailer 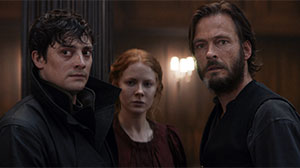 1899
From: Germany
Original broadcaster: Netflix
Starring: Lucas Lynggaard Tønnesen, Miguel Bernardeau, , Clara Rosager, Anton Lesser, Emily Beecham, Aneurin Barnard, Mathilde Ollivier, Andreas Piestschmann and Alexandre Willaume
Launch date: November 17
From Dark creators Jantje Friese and Baran bo Odar comes this highly anticipated English-language thriller set in 1899, as the migrant steamship Kerberos heads west from Europe with a group of passengers united by their hopes and dreams for the new century and their future abroad. But their journey takes an unexpected turn when they discover another migrant ship adrift on the open sea. What they find on board will turn their passage into a horrifying nightmare.
Watch trailer 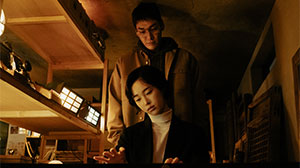 Somebody
From: Korea
Original broadcaster: Netflix
Starring: Kim Young-kwang, Kang Hae-lim, Kim Yong-ji and Kim Su-yeon
Launch date: November 18
A software developer and her friends get caught in a web of murder and crime involving the dating app she built and a mysterious man lurking close by.
Watch trailer 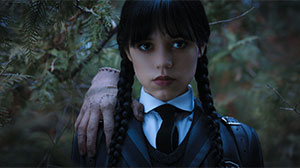 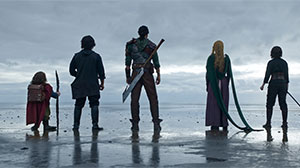 Willow
From: US
Original broadcaster: Disney+
Starring: Warwick Davis, Ruby Cruz, Erin Kellyman, Ellie Bamber, Joanne Whalley, Rony Revolori and Amar Chadha-Patel
Launch date: November 30
An epic period fantasy series based on the classic 1988 feature film that told the story of an aspiring magician and an infant girl destined to unite the realms, who together helped to destroy an evil queen and banish the forces of darkness. Now, in a magical world where brownies, sorcerers, trolls and other mystical creatures flourish, the adventure continues as an unlikely group of heroes set off on a dangerous quest to places far from home, where they must face their inner demons and come together to save their world.
Watch trailer