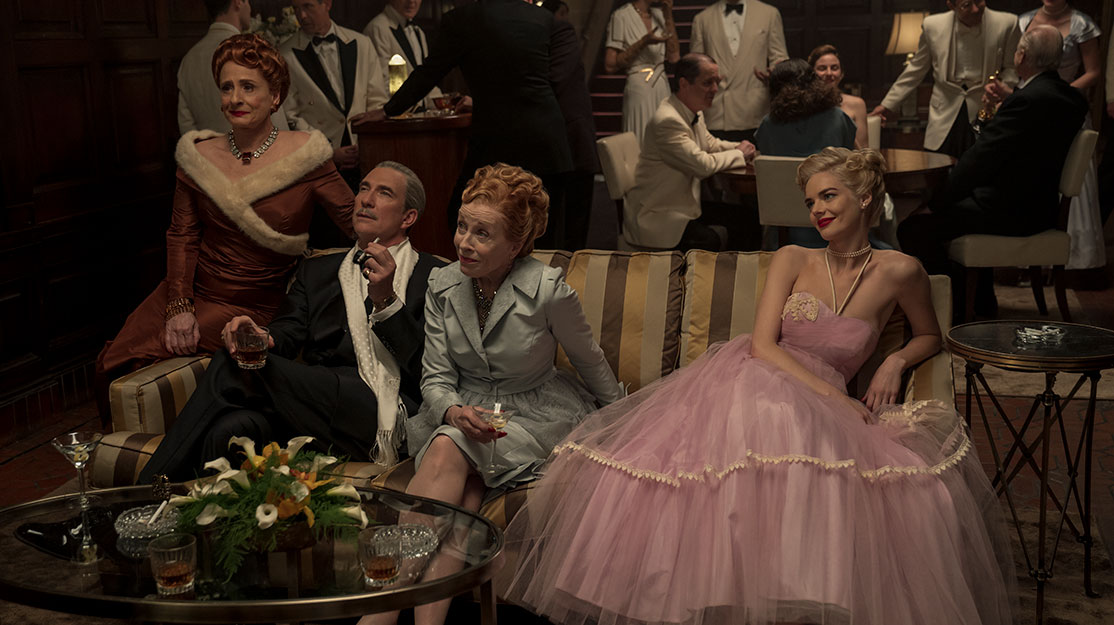 DQ checks out the upcoming schedules to pick out 10 new dramas to watch this May, from American Horror Story creator Ryan Murphy’s love letter to Tinseltown to the eagerly awaited sci-fi thriller Snowpiercer. 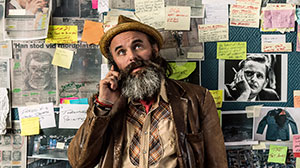 We Got This!
From: Sweden
Original broadcaster: SVT and SVT Play
Starring: Schiff Musarra, Olle Sarri, Alexander Karim, Anki Bengtsson, Sandra Andreis
Air date: May 1 (SVT Play), May 3 (SVT1)
Described as The Big Lebowski meets true crime, We Got This! stars creator Musarra as George English, an American living in Sweden who finds a way to pay off his tax debt: claim a SEK50m  (US$4.98m) reward to solve the 1986 murder of Swedish prime minister Olof Palme. He is unaware of evil forces lurking in the dark – but are they ready to meet him? 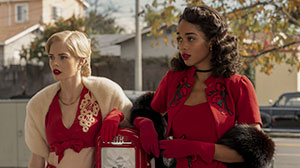 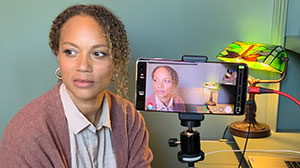 Isolation Stories
From: UK
Original broadcaster: ITV
Starring: Sheridan Smith, Robert Glenister, Tom Glenister, Darren Boyd, Angela Griffin, David Threlfall, Eddie Marsan
Air date: May 4
A series of four short dramas depicting life in lockdown during the coronavirus pandemic, produced by Jeff Pope (Little Boy Blue). Smith is Mel: alone, heavily pregnant and fed up with life, she faces having to go through birth without the married father of her child – who has chosen to stay with his wife and family – and without her own family, who have given her the cold shoulder. Father and son Robert and Tom Glenister play Ron & Russell. The former is ill with the virus and is confused about where he is and what’s happening to him, while Russell is trapped and isolating with him.
Boyd and Griffin star in the third story, Mike & Rochelle, in which the worst fears of paranoid, self-absorbed hypochondriac Mike have come true and his psychiatrist Rochelle must try to talk him down from the precipice. Finally, Karen sees a grandad (Threlfall) resolves to bring his broken family together, passing by his son-in-law’s house on the way to the grocery store and stopping outside their window to lark about and make his grandkids smile. But his son-in-law (Marsan), still suffering after being left by his wife Karen, doesn’t welcome these daily visits. 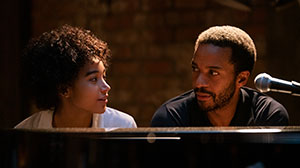 The Eddy
From: US
Original broadcaster: Netflix
Starring: André Holland, Joanna Kulig, Tahar Rahim, Leïla Bekhti, Amandla Stenberg
Air date: May 8
The eight-episode drama takes place in the vibrant multicultural neighbourhoods of modern-day Paris, where a once celebrated New York jazz pianist, Elliot Udo (Holland), is now the co-owner of struggling club The Eddy. From the club, he manages the house band, fronted by lead singer and Elliot’s on-again-off-again girlfriend Maja (Kulig). As Elliot learns that his business partner Farid (Rahim) may be involved in some questionable practices at the club, secrets begin to come to light that have also been concealed from Farid’s wife Amira (Bekhti). And when Elliot’s troubled teenage daughter Julie (Amandla Stenberg) suddenly arrives in Paris to live with him, his personal and professional worlds quickly start to unravel as he confronts his past, fighting to save the club and protect those closest to him. 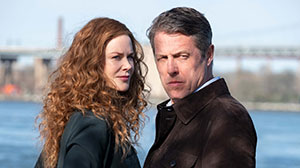 The Undoing
From: US
Original broadcaster: HBO
Starring: Nicole Kidman, Hugh Grant
Air date: May 10
Grace and Jonathan Fraser (Kidman and Grant) are living the only life they ever wanted for themselves until, overnight, a chasm opens in their existence, with a violent death and a chain of terrible revelations. Left behind in the wake of a spreading and very public disaster and horrified by the ways in which she has failed to heed her own advice, Grace must dismantle one life and create another for her child (Noah Jupe) and her family. Created by David E Kelley (Big Little Lies), The Undoing is directed by Susanne Bier (The Night Manager). 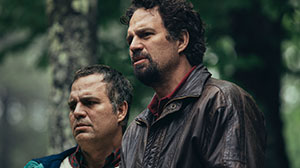 I Know This Much is True
From: US
Original broadcaster: HBO
Starring: Mark Ruffalo
Air date: May 10
Why have one Mark Ruffalo when you can have two? This six-part limited series sees the actor play identical twins Dominick and Thomas Birdsey in a family saga that follows their parallel lives in an epic story of betrayal, sacrifice and forgiveness. I Know This Much is True
is based on Wally Lamb’s novel of the same name and comes from writer and director Derek Cianfrance. 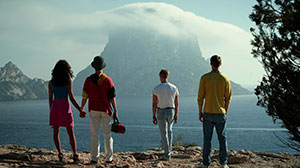 White Lines
From: Spain/UK
Original broadcaster: Netflix
Starring: Laura Haddock, Marta Milans, Juan Diego Botto, Nuno Lopes, Daniel Mays, Laurence Fox, Angela Griffin
Air date: May 15
When the body of a legendary Manchester DJ is discovered 20 years after his mysterious disappearance from Ibiza, his sister returns to the beautiful Spanish island to find out what happened. The quest leads her through a thrilling world of dance clubs, lies and cover-ups, forcing her to confront the darker sides of her own character in a place where people live life on the edge. The series is a collaboration between La Casa de Papel (Money Heist) creator Álex Pina and The Crown producer Left Bank Pictures. 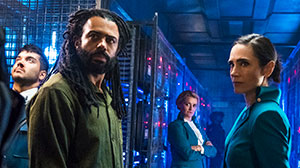 Snowpiercer
From: US
Original broadcaster: TNT
Starring: Jennifer Connelly, Daveed Diggs
Air date: May 17
The highly anticipated sci-fi thriller, based on the French graphic novel series and Parasite director Bong Joon Ho’s 2013 film, is set seven years after the world has become a frozen wasteland, with the remnants of humanity inhabiting a perpetually moving train that circles the globe. Against a background of simmering class warfare, social injustice and survival politics, former detective Andre Layton (Diggs) is called upon by the train’s head of hospitality, Melanie Cavill (Connelly), to solve a murder. The show has already been renewed for a second season. 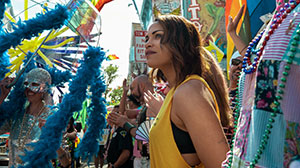 Hightown
From: US
Original broadcaster: Starz
Starring: Monica Raymund, James Badge Dale
Air date: May 17
From executive producer Jerry Bruckheimer and writer Rebecca Cutter, Hightown is a crime drama set in beautiful but bleak Cape Cod that follows one woman’s journey to sobriety, overshadowed by a murder investigation. Jackie Quiñones (Raymund), a hard-partying National Marine Fisheries Service agent, has her free-wheeling life thrown into disarray when she discovers a body on the beach and becomes convinced it’s up to her to solve the murder. 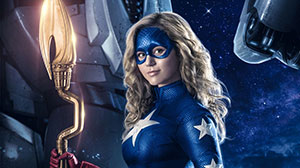 Stargirl
From: US
Original broadcaster: DC Universe, The CW
Starring: Brec Bassinger, Luke Wilson, Amy Smart
Air date: May 19
The latest series inspired by DC comics, Stargirl follows high-school sophomore Courtney Whitmore (Bassinger) as she inspires an unlikely group of young heroes to stop the villains of the past. It reimagines Stargirl and the very first superhero team, the Justice Society of America, and is based on the character created by showrunner and comic book writer Geoff Johns in 1999, inspired by the death of his sister in a 1996 plane crash.

tagged in: Hightown, Hollywood, I Know This Much is True, Isolation Stories, Snowpiercer, The Eddy, The Undoing, We Got This!, White Lines