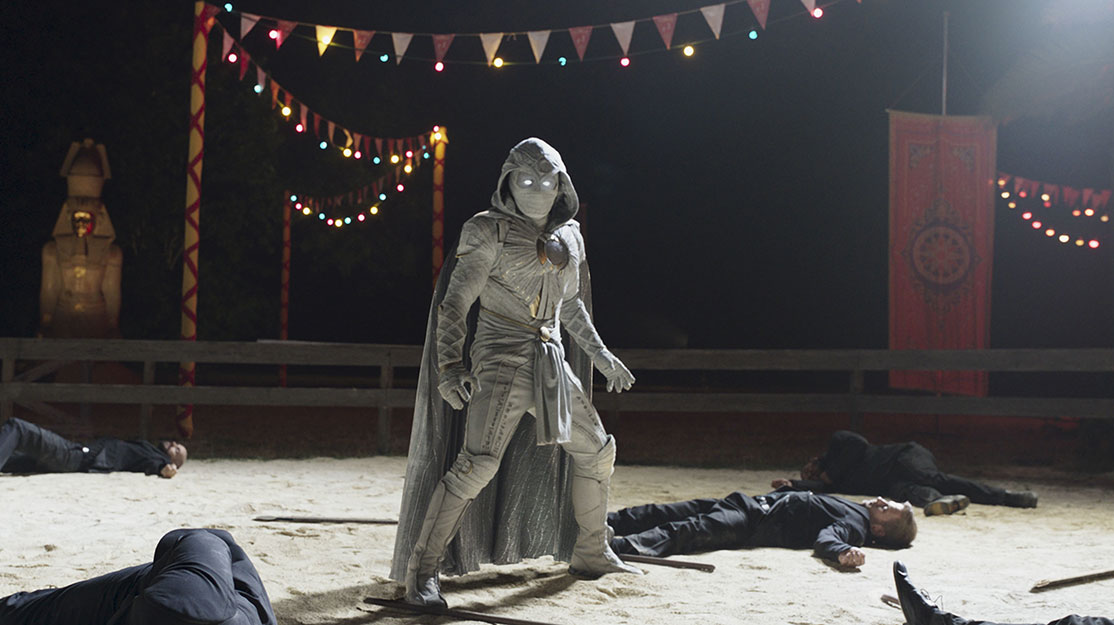 DQ checks out the upcoming schedules to pick out 10 new dramas to watch this March, from a British supernatural crime thriller and an Italian prison drama to a sprawling Korean family saga and a long-awaited video game adaptation. 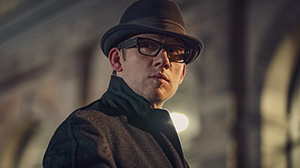 The Ipcress File
From: UK
Original broadcaster: ITV
Starring: Joe Cole, Lucy Boynton and Tom Hollander
Air date: March 6
Based on the famed novel by Len Deighton, this espionage thriller brings spy Harry Palmer to the small screen following Michael Caine’s leading turn in the 1965 film of the same name. Here, Cole plays Palmer, who finds himself caught between East and West during the Cold War. The show opens in 1963. Palmer is a British army sergeant in Berlin on the make. But when the law catches up with him and he is sentenced to spend eight years in a military jail, he is offered a way out by becoming a spy and using his connections to trace the man suspected of kidnapping a British nuclear scientist. 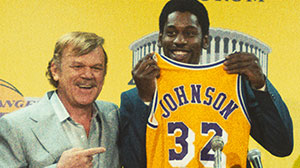 Winning Time: The Rise of the Lakers Dynasty
From: US
Original broadcaster: HBO
Starring: John C Reilly, Quincy Isaiah, Jason Clarke, Adrien Brody, Gaby Hoffmann, Tracy Letts, Jason Segel, Julianne Nicholson and Hadley Robinson
Air date: March 6
After ESPN and Netflix enjoyed one of the hits of 2020 with basketball documentary The Last Dance, which focused on Michael Jordan’s final season with the Chicago Bulls, HBO is following up with this 10-part dramatisation of the professional and personal lives of the 1980s Los Angeles Lakers – a team that defined an era both on and off the court. 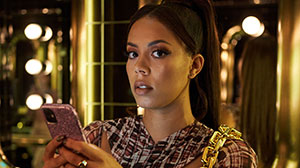 Mood
From: UK
Original broadcaster: BBC
Starring: Nicôle Lecky, Lara Peake, Jessica Hynes, Paul Kaye, Mia Jenkins, Jordan Duvigneau, Flo Wilson, Jordan Myrie, Jason York, Chantelle Alle, Ebony Aboagye and Mohammad Dalmar
Air date: March 1
Actor, writer and singer-songwriter Lecky brings her Royal Court play Superhoe to BBC Three in this six-part series told in part through the songs created by protagonist Sasha (Lecky). Sasha wants to be a major recording artist, but right now she’s a bedroom artist: spending her days smoking weed, stalking her ex-boyfriend (Duvigneau) on Instagram and avoiding her mum (Hynes), her step-dad (Kaye) and sister Megan (Jenkins). When she is kicked out of her family home, Sasha is forced to fend for herself, sofa-surfing with local dealer Saleem (Dalmar), until she moves in with party girl Carly (Peake), who introduces her to the exciting world of social media influencing. But Sasha finds herself struggling to escape a world that is darker and more complex than she could have imagined. 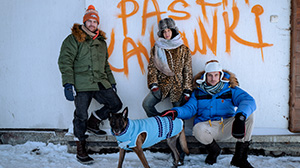 Funeral for a Dog
From: Germany
Original broadcaster: Sky
Starring: Alina Tomnikov, Friedrich Mücke, Albrecht Schuch, Ina Geraldine Guy, Daniel Sträßer and Anne Ratte-Polle
Air date: March 17
Based on the novel of the same name by Thomas Pletzinger, this fictional series follows journalist Daniel Mendelkern (Schuch) as he travels to Italy for an interview with celebrated writer Mark Svensson (Mücke). Intrigued by Mark’s story of a group of friends who travel from South America across the Arctic to New York on September 11, ending with a catastrophic loss, Daniel begins to recognise the people from Mark’s novel and soon makes a shocking discovery. 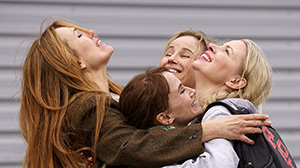 Lust
From: Sweden
Original broadcaster: HBO Max
Starring: Sofia Helin, Anja Lundqvist, Julia Dufvenius and Elin Klinga
Air date: March 18
In parts both outrageous and openly honest, this comedy is about four middle-aged women in Stockholm struggling to keep their libidos alive in a sexually frustrating world. When Anette (Helin), a public health researcher, conducts a study titled Sex is a Highway to Health, she and her friends start to question their own sex lives and begin to wonder how the decadent Swedish Sin has been replaced by the mundane realities of Thursday sex, careers, kids, marriage, divorce and the never-ending struggle to stay young, fit and sexy. 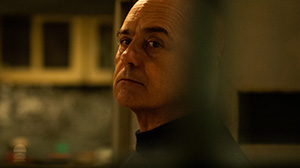 Il Re (The King)
From: Italy
Original broadcaster: Sky
Starring: Luca Singaretti, Isabella Ragonese, Anna Bonaiuto, Barbora Bobulova and Giorgio Colangeli
Air date: March 18
This eight-part series sees Zingaretti play controversial prison boss Bruno Testori, who rules the San Michele penitentiary with his own set of laws. When his kingdom is at risk of crumbling, Bruno will have to fight the most difficult of wars. 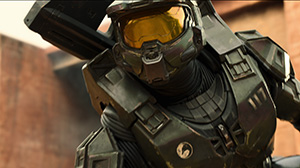 Halo
From: US
Original broadcaster: Paramount+
Starring: Pablo Schreiber, Natascha McElhone, Jen Taylor, Boheme Woodbine, Shabana Azmi, Natasha Culzac, Olive Gray, Yerin Ha, Bentley Kalu, Kate Kennedy, Charlie Murphy and Danny Sapani
Air date: March 24
Already renewed for a second season, this live-action series is based on the Xbox game that first launched in 2001. Set amid an epic 26th century conflict between humanity and an alien threat known as the Covenant, Halo promises to blend deep personal stories with action, adventure and a richly imagined version of the future. Schreiber plays the Master Chief, Spartan-117, McElhone is Dr Halsey, the brilliant but conflicted creator of the Spartan super soldiers, and Taylor reprises her role from the Halo game series as Cortana, the most advanced AI in human history and potentially the key to saving the human race. 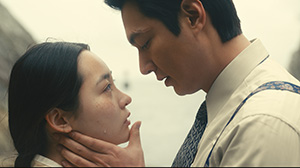 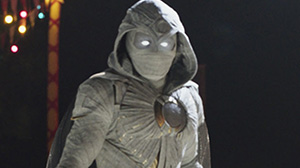 Moon Knight
From: US
Original broadcaster: Disney+
Starring: Oscar Isaac, Ethan Hawke and May Calamawy
Air date: March 30
Marvel’s latest live-action series introduces Steven Grant (Isaac), a mild-mannered gift-shop employee who becomes plagued with blackouts and memories of another life, leading him to discover he has dissociative identity disorder and shares a body with mercenary Marc Spector. As Steven/Marc’s enemies converge upon them, they must navigate their complex identities while thrust into a deadly mystery among the powerful gods of Egypt. 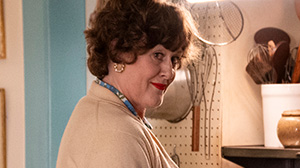 Julia
From: US
Original broadcaster: HBO Max
Starring: Sarah Lancashire, David Hyde Pierce, Bebe Neuwirth, Brittany Bradford, Fran Kranz and Fiona Glascott
Air date: March 31
Inspired by the life of Julia Child (played by Lancashire), this series charts the life of the famous chef who pioneered television cookery programmes with her long-running series The French Chef. At its heart a portrait of a loving marriage with a shifting power dynamic, the story is also set against the backdrop of a pivotal time in US history with the emergence of public television, feminism and celebrity.

tagged in: Funeral for a Dog, Halo, Il Re (The King), Julia, Lust, Moon Knight, Pachinko, The Ipcress File, The Rising, Winning Time: The Rise of the Lakers Dynasty