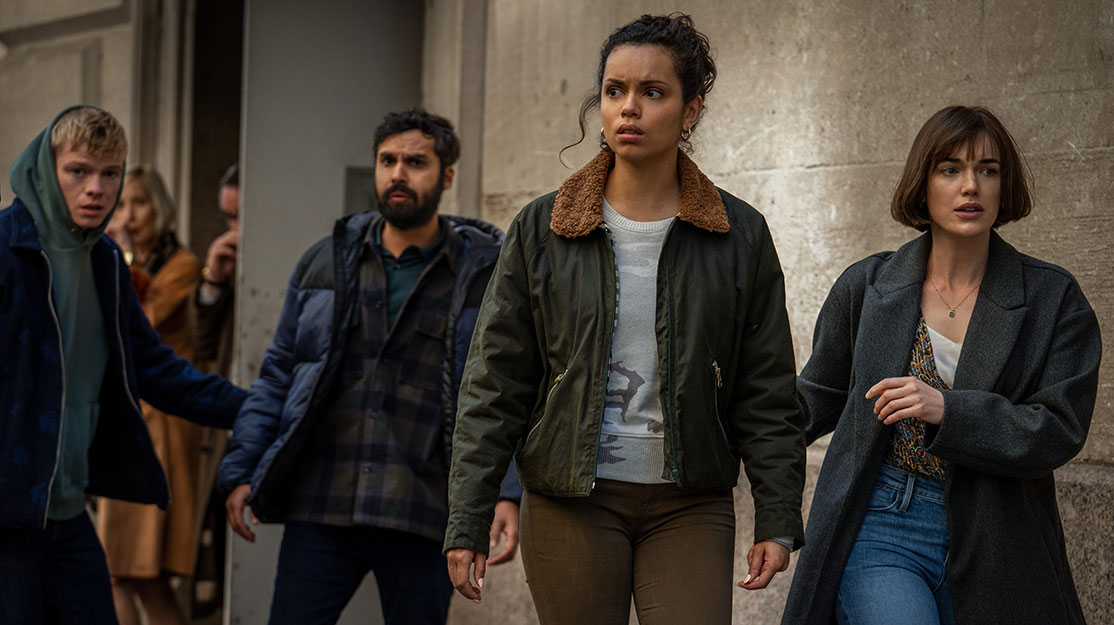 DQ looks at the schedules to pick out 10 new series to watch this February, from the return of a Danish political drama and a US adaptation of an Israeli thriller to a UK literary adaptation and a fresh take on a beloved 90s sitcom. 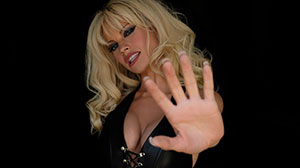 Pam & Tommy
From: US
Original broadcaster: Hulu (US)
Starring: Lily James, Sebastian Stan, Nick Offerman, Taylor Schilling and Seth Rogen
Air date: February 2
Additional broadcasters: Disney+ (worldwide)
Set in the ‘Wild West’ early days of the internet, this series, inspired by a true story, sees stars James and Stan undergo dramatic transformations to play Pamela Anderson and Tommy Lee. When a sex tape is stolen from the couple’s home by a disgruntled contractor (Rogen), the video went from underground bootleg-VHS curiosity to full-blown cultural obsession when it hit the Web in 1997. Described as a love story, crime caper and cautionary tale rolled into one, the eight-part limited series explores the intersection of privacy, technology and celebrity, tracing the origins of our current Reality TV era to a stolen tape seen by millions but meant to have an audience of just two.
Watch trailer 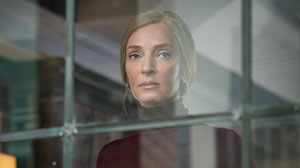 Suspicion
From: UK
Original broadcaster: Apple TV+
Starring: Uma Thurman, Kunal Nayyar, Noah Emmerich, Georgina Campbell, Elkes Gabel, Elizabeth Henstridge, Tom Rhys-Harries and Angel Coulby
Air date: February 4
When the son of a prominent American businesswoman (Thurman) is kidnapped from a New York hotel, the eye of suspicion quickly falls on four seemingly ordinary British citizens who were at the hotel on the night in question. As they find themselves in a trans-Atlantic cat and mouse race to evade the combined forces of the National Crime Agency and the FBI and prove their innocence, who is really behind the mysterious abduction, and who is only guilty of being in the wrong place at the wrong time? Suspicion is based on the Israeli series False Flag.
Watch trailer 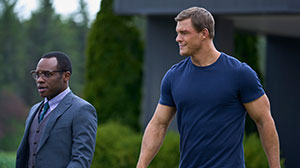 Reacher
From: US
Original broadcaster: Prime Video
Starring: Alan Ritchson
Air date: February 4
Based on the novels by Lee Child, the show follows Jack Reacher, a veteran military police investigator who has recently entered civilian life. Reacher is a drifter, carrying no phone and the barest of essentials as he travels the country and explores the nation he once served. When he arrives in the small town of Margrave, Georgia, he finds a community grappling with its first homicide in 20 years. The cops immediately arrest him and eyewitnesses claim to place Reacher at the scene of the crime. While he works to prove his innocence, a deep-seated conspiracy begins to emerge, one that will require Reacher’s keen mind and hard-hitting fists to deal with.
Watch trailer 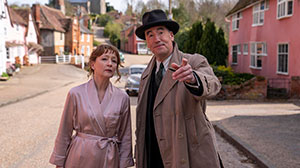 Magpie Murders
From: UK
Original broadcaster: Britbox UK
Starring: Lesley Manville, Tim McMullan, Daniel Mays, Pippa Haywood, Michael Maloney and Conleth Hill
Air date: February 10
Inspired by the novel of the same name by Anthony Horowitz, this crime drama with a twist spans two time periods and features multiple characters in different guises. Manville stars as Susan Ryeland, the editor for infamous, best-selling mystery writer Alan Conway (Hill). When she receives an unfinished Conway manuscript, featuring his hugely popular detective Atticus Pünd (McMullin) but there’s no sign of the author himself, she is set on a path with little idea that it will change her life forever.
Watch trailer 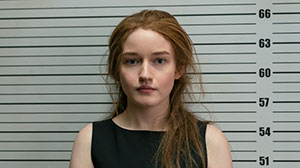 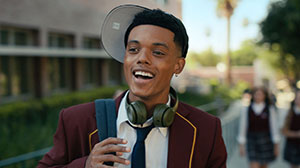 Bel-Air
From: US
Original broadcaster: Peacock
Starring: Jabari Banks, Adrian Holmes, Cassandra Freeman, Olly Sholoton, Coco Jones, Akira Akbar, Jimmy Akingbola, Jordan L Jones and Simone Joy Jones
Air date: February 13
Set in modern-day America, Bel-Air is a dramatic take on 90s sitcom The Fresh Prince of Bel-Air, executive produced by that show’s star, Will Smith. The series once again charts Will (Banks)’s complicated journey from the streets of West Philadelphia to the gated mansions of Bel-Air but takes a deeper dive into the inherent conflicts, emotions and biases that were impossible to be explored in a sitcom format, while still delivering swagger and nods to the original show.
Watch trailer 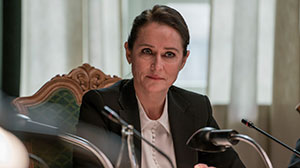 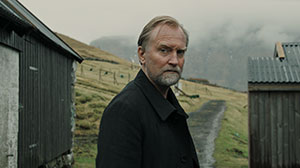 Trom
From: Faroe Islands
Original broadcaster: Viaplay
Starring: Ulrich Thomsen, Maria Rich and Olaf Johannessen
Air date: February 13
A crime thriller that was the first series ever to be filmed in the Faroe Islands, Thomsen plays journalist Hannis Martinsson, who receives a video message from animal rights activist Sonja á Heyggi, who claims she is his daughter and also fears for her life. When he returns home to the Faroe Islands, he discovers Sonja has disappeared, leading to a search that involves the local fishing community, a prominent activist group and the island’s most prominent businessman. The series is based on the novels by Jógvan Isaksen.
Watch trailer (in Swedish) 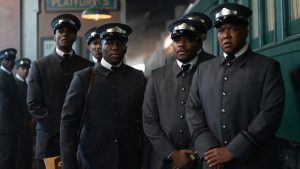 The Porter
From: Canada
Original broadcaster: CBC
Starring: Aml Ameen, Ronnie Rowe Jr, Mouna Traoré, Oluniké Adeliyi, Loren Lott and Alfre Woodard
Air date: February 21
Inspired by real events and set in the roar of the 1920s, this eight-part series follows the journeys of an ensemble of characters who hustle, dream, cross borders and pursue their ambitions in the fight for liberation – on and off the railways that crossed North America. Highlighting the moment when railway workers from Canada and the US joined together to give birth to the world’s first black union, the action focuses on the black community in St Antoine, Montreal – known at the time as the ‘Harlem of the North.’
Watch trailer 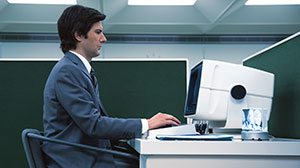 Severance
From: US
Original broadcaster: Apple TV+
Starring: Patricia Arquette, Adam Scott, John Turturro, Britt Lower, Zach Cherry, Dichen Lachman, Jen Tullock, Tramell Tillman, Michael Chernus and Christopher Walken
Air date: February 18
From director and executive producer Ben Stiller, Severance follows Mark Scout (Scott), who leads a team at a company where employees have undergone a severance procedure, which surgically divides their memories between their work and personal lives. This experiment in ‘work-life balance’ is called into question as Mark finds himself at the centre of an unfolding mystery that will force him to confront the true nature of his work – and of himself.
Watch trailer