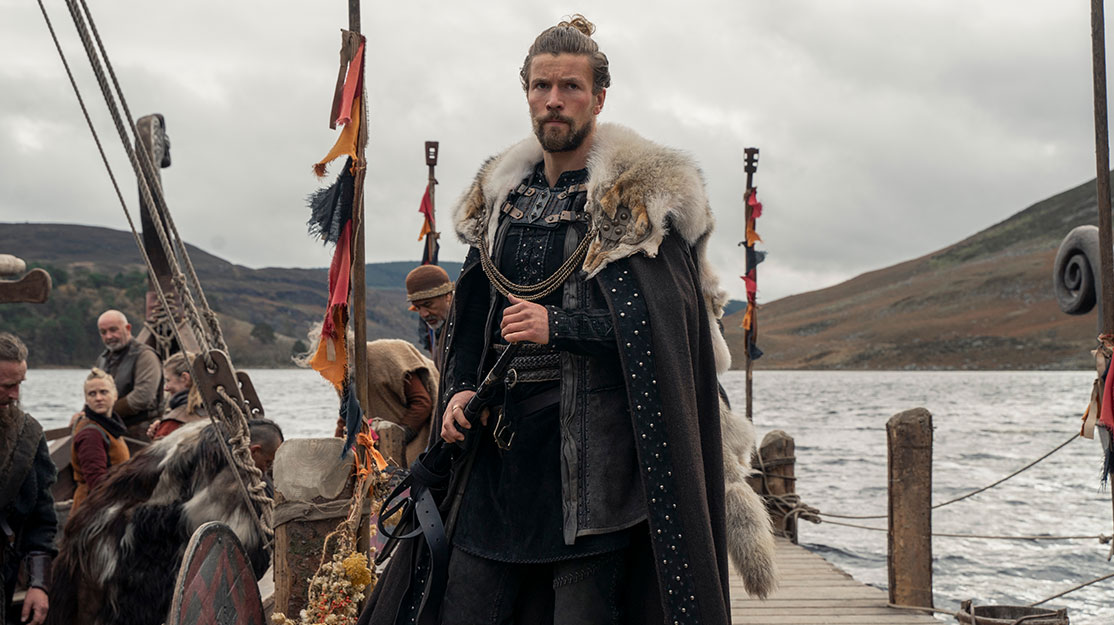 DQ looks ahead to 2022 and picks out 20 new dramas expected to air over the coming year, from Game of Thrones spin-off House of the Dragon and Amazon’s The Lord of the Rings to a thriller set on an oil rig and the follow-up to Sally Rooney adaptation Normal People. 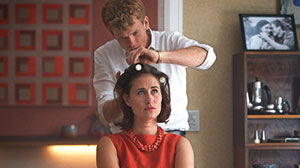 Carmen Curlers
From: Denmark
Original broadcaster: DR
Starring: Morten Hee Andersen, Maria Rossing, Lars Ranthe, Rosalinde Mynster, Mille Lehfeldt, Christian Tafdrup, Fanny Bornedal, Nicolai Jørensen and Signe Edgolm.
Due to air in autumn 2022, the latest drama from Danish pubcaster DR is inspired by real-life events. It tells the story of how a small invention became a worldwide success and turned life in a 1960s provincial town on its head. At the centre of the story is entrepreneur Axel (Andersen), whose electric hair-curling device played a part in a cultural and economic revolution for women as they began going out to work. 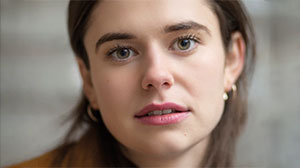 Conversations With Friends
From: UK
Original broadcasters: BBC Three (UK), Hulu (US)
Starring: Alison Oliver, Sasha Lane, Joe Alwyn and Jemima Kirke.
From the team behind BBC Three and Hulu’s smash-hit adaptation of Sally Rooney’s Normal People comes this series based on the same author’s debut novel. The story follows college student Frances (Oliver, pictured) as she navigates a series of relationships, such as with ex-girlfriend and best friend Bobbi (Lane) and husband-and-wife Nick (Alwyn) and Melissa (Kirke). When Nick and Frances begin an intense, secret affair, it pushes the bond between Frances and Bobbi to the limit. 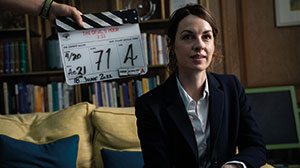 The Devil’s Hour
From: UK
Original broadcaster: Prime Video
Starring: Jessica Raine, Peter Capaldi, Nikesh Patel, Meera Syal, Alex Ferns, Phil Dunster, Barbara Marten, Thomas Dominique, Rhiannon Harper-Rafferty, John Alastair and Sandra Huggett.
The Devil’s Hour is the time between 3am and 4am – specifically 3.33am – when unexplainable things can occur. In this six-part thriller, Lucy Chambers wakes every night at exactly 3.33am, her eight-year-old son is withdrawn and emotionless, her mother speaks to empty chairs and her house is haunted by echoes of a life that isn’t hers. When her name is connected to a string of brutal murders, she will finally find the answers she has been looking for. 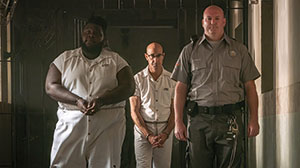 Inside Man
From: UK
Original broadcasters: BBC, Netflix
Starring: David Tennant, Dolly Wells, Lydia West and Stanley Tucci.
From Dracula and Sherlock writer Steven Moffat comes this four-part miniseries that follows a prisoner on death row in the US, a vicar in a quiet English town and a maths teacher trapped in a cellar, who cross paths in an unexpected way. 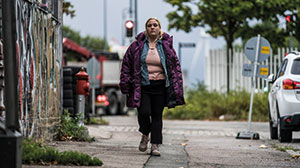 Elvira
From: Denmark
Original broadcaster: Viaplay
Starring: Sara Klein, Peter Plauborg, Anton Hjejle, Bodil Jørgensen and Marijana Jankovic.
The Chestnut an and Ride Upon the Storm producer SAM Productions is behind this series, which stars newcomer Klein in the role of Denmark’s unlikeliest detective. Based on novels by Anne-Sophie Lunding-Sørensen, this offbeat drama introduces Elvira (Klein), a receptionist in a brothel owned by her childhood friend – and policeman – Køster. When a prostitute vanishes, Elvira starts her own investigation, which leads to dramatic consequences and unexpected emotions. 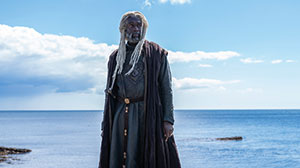 House of the Dragon
From: US
Original broadcaster: HBO
Starring: Emma D’Arcy, Matt Smith, Steve Toussaint, Olivia Cooke and Rhys Ifans.
The hugely anticipated spin-off from Game of Thrones promises to be one of the television events of 2022. Based on George RR Martin’s Fire & Blood, the series is set 200 years before the events of Thrones and tells the story of the members of the dragon-riding House Targaryen. As Smith’s character Prince Daemon Targaryen explains in the trailer: “Dreams didn’t make us kings, dragons did.” 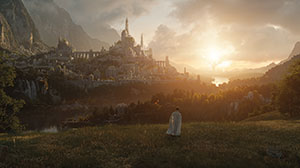 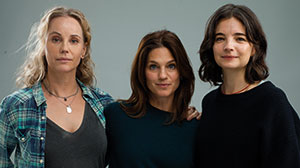 Limbo
From: Sweden
Original broadcaster: Viaplay
Starring: Sofia Helin, Rakel Wärmländer and Louise Peterhoff.
Filmed on location in Stockholm, Limbo opens when a late-night phone call changes everything for Ebba (Wärmländer), My (Helin) and Gloria (Peterhoff). The news that their respective sons have been involved in a serious car crash puts their friendship and priorities to the ultimate test, and with Ebba’s son Jakob hovering between life and death, the three women find themselves in a devastatingly uncertain situation – in limbo. 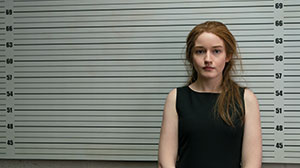 Inventing Anna
From: US
Original broadcaster: Netflix
Starring: Anna Chlumsky, Julia Garner, Arian Moayed, Katie Lowes, Alexis Floyd, Anders Holm, Anna Deavere Smith, Jeff Perry, Terry Kinney and Laverne Cox.
Grey’s Anatomy creator Shonda Rhimes follows up her smash-hit Netflix series Bridgerton with her next show for the streamer, this time based on a New York Magazine article by Jessica Pressler. The plot centres on a journalist with a lot to prove as she investigates the case of Anna Delvey (Garner), the Instagram-legendary German heiress who stole the hearts of New York’s social scene – and stole their money as well. But as Anna and the reporter form a dark, funny, love-hate bond, Anna awaits trial while the reporter tries to answer the question: who is Anna Delvey? 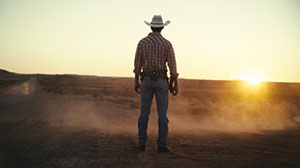 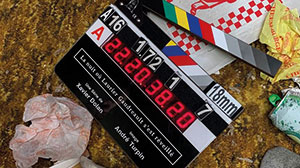 The Night Logan Woke Up
From: Quebec
Original broadcaster: Canal+ (France)
Starring: Julie Le Breton, Magalie Lépine-Blondeau, Éric Bruneau, Patrick Hivon, Julianne Côté and Xavier Dolan.
The Night Logan Woke Up is the first series from award-winning filmmaker Dolan, who writes, directs, produces and stars in this French-language thriller. Based on Michel Marc Bouchard’s psychological stage play, the story opens in the early 1990s when Mimi and her brother Julian form an inseparable trio with Logan, until a terrible incident one night splits the two families apart and sets the former friends on different paths. Thirty years later, Mimi returns home and is reunited with her estranged brothers, and long-buried secrets return to the surface. 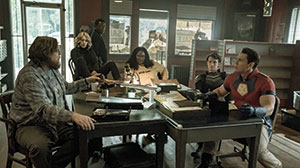 Peacemaker
From: US
Original broadcaster: HBO Max
Starring: John Cena, Danielle Brooks, Freddie Stroma, Jennifer Holland, Steve Agee, Chukwudi Iwuji and Robert Patrick.
Inspired by James Gunn’s 2021 film The Suicide Squad, the series will explore the origins of Cena’s eponymous character, a compelling, vainglorious man who believes in peace at any cost, no matter how many people he has to kill to get it. 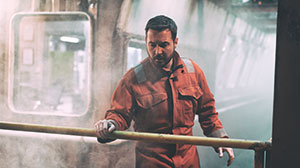 The Rig
From: UK
Original broadcaster: Prime Video
Starring: Iain Glen, Emily Hampshire, Martin Compston, Rochenda Sandall, Owen Teale, Richard Pepple, Mark Bonnar, Calvin Demba, Emun Elliott, Abraham Popoola, Stuart McQuarrie and Molly Vevers.
Partly filmed on a real oil rig in Scotland, this thriller follows the crew of the Kinloch Bravo rig stationed off the Scottish coast in the dangerous waters of the North Sea. When the workers are due to be collected and returned to the mainland, a mysterious fog rolls through before the rig is hit by massive tremors and they find themselves cut off from all communication. As the crew endeavour to discover what’s driving this unknown force, a major accident makes them question who they can really trust. 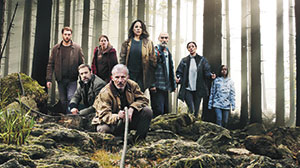 The Rope
From: France
Original broadcaster: Arte
Starring: Chrysta Théret, Jeanne Balibar, Suzanne Clément, Jean-Marc Barr, Richard Sammel and Jakob Cedergren.
Deep in the Norwegian forest, staff at the Helligskogen scientific observatory are filled with excitement at the news they have been given the green light to finish their research. But something has disturbed the work: the discovery of a seemingly endless rope, which has appeared on the edge of the forest, apparently abandoned, prompting enough curiosity to cause six members of the team to follow it in an attempt to find the rope’s end… or its beginning. 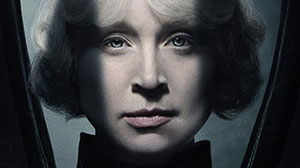 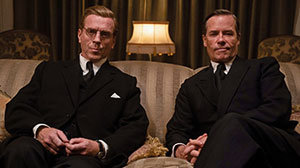 A Spy Among Friends
From: UK
Original broadcasters: Britbox UK and Spectrum Originals (US)
Starring: Damian Lewis, Guy Pearce, Anna Maxwell Martin, Stephen Kunken and Adrian Edmondson.
Based on the book by Ben Macintyre, the six-part limited series set at the height of the Cold War tells the true story of Nicholas Elliott (Lewis) and Kim Philby (Pearce) – two spies and lifelong friends, one of whom was betraying the other all along. 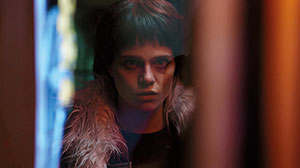 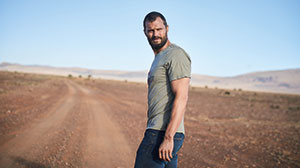 The Tourist
From: UK/Australia
Original broadcasters: BBC (UK), HBO Max (US), Stan (Australia), ZDF (Germany)
Starring: Jamie Dornan, Danielle Macdonald, Shalom Brune-Franklin, Ólafur Darri Ólafsson and Alex Dimitriades.
From the writers of Liar and Angela Black comes this six-part character-driven thriller in which Dornan plays ‘The Man,’ a Brit who finds himself in a cat-and-mouse chase across the Australian outback and later wakes up in hospital, hurt but alive, with no idea of who he is. With mysterious figures still chasing him, he begins his search for answers. 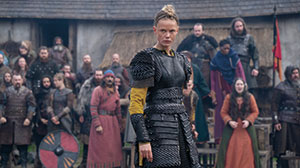 Vikings Valhalla
From: US
Original broadcaster: Netflix
Starring: Leo Suter, Frida Gustavsson and Sam Corlett.
A follow-up to long-running series Vikings, this series is set in the early 11th century. It chronicles the legendary adventures of some of the most famous Vikings who ever lived – from Leif Eriksson and Freydis Eriksdotter to Harald Hardrada and William the Conqueror – as they fight for survival in an ever-changing world. 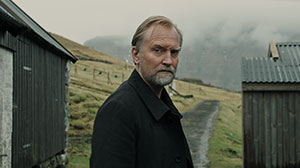 Trom
From: Faroe Islands
Original broadcasters: Viaplay (Nordics), ZDF (Germany), Arte (France)
Starring: Ulrich Thomsen, Maria Rich and Olaf Johannessen.
The first series ever filmed in the Faroe Islands, Trom is based on Jógvan Isaken’s crime novels about journalist Hannis Martinsson. The story begins as Hannis (Thomsen) reluctantly returns home to investigate the case of a missing woman, who had earlier left him a message claiming to be his daughter and saying her life was in danger. When the woman’s body is discovered in the sea, Hannis and local police investigator Karla Mohr (Rich) set out to discover what happened.

tagged in: A Spy Among Friends, Carmen Curlers, Conversations With Friends, Elvira, House of the Dragon, Inside Man, Inventing Anna, Limbo, Mystery Road: Origins, Peacemaker, Souls, The Devil’s Hour, The Lord of the Rings, The Night Logan Woke Up, The Rig, The Rope, The Sandman, The Tourist, Trom, Vikings Valhalla