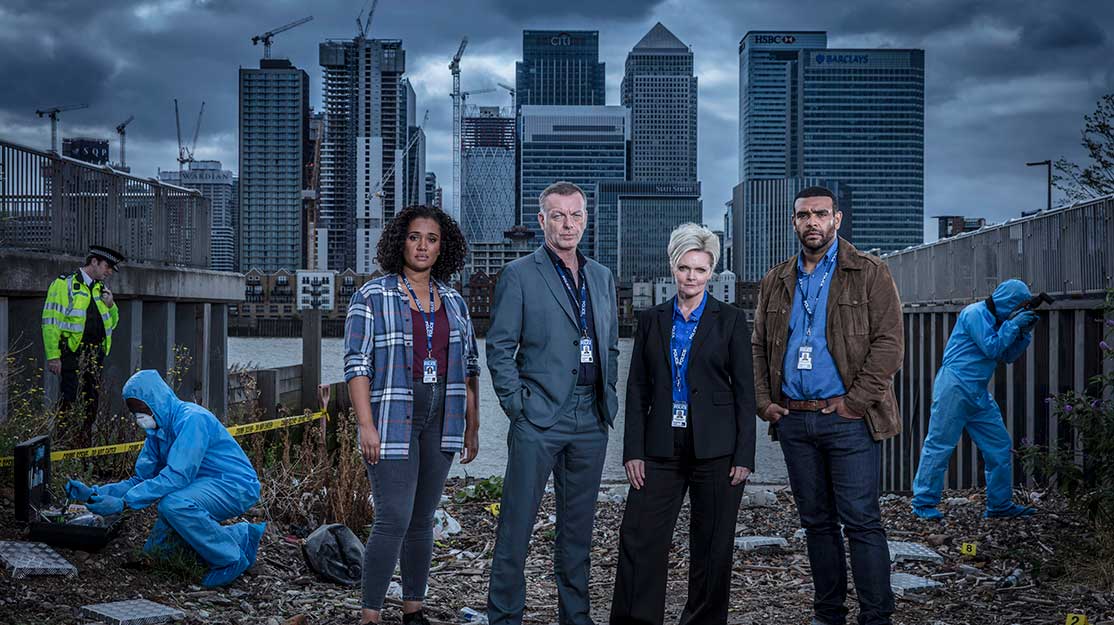 The rise of streaming services such as Netflix and Amazon Prime Video has, in part, been responsible for television series shifting away from episodic procedural storytelling towards long-running serialised dramas. Stories no longer have to wrap up within a single episode, offering writers, directors and actors the chance to take a deep dive across 10 to 13 hours.

Yet one online platform, US streamer Acorn TV, is bucking the trend with London Kills, its second original programme and first straight-to-series commission. Acorn has ordered two five-part seasons of the British show, which dramatises the experiences of a team of top murder detectives in London, focusing on a different murder in each episode while also featuring a serialised story involving the lead detective’s missing wife.

“There’s a substantial international appetite for English-speaking crime procedurals that isn’t being catered to by the UK broadcasters. Straightforward murder-of-the-week doesn’t get commissioned anymore for various reasons,” says London Kills creator and head writer Paul Marquess, who was also responsible for Channel 5’s improvised crime drama Suspects. Acorn had bought Suspects to the US and, knowing the interest in procedural crime dramas among the platform’s Anglophile audience, Marquess pitched the streamer the idea for London Kills.

“I’ve had the title for a long time – I’ve known what the show was,” he says. “I’ve wanted to do a murder procedural in London for a long time, I like murder procedurals, I wanted to shoot in London and shoot as much of the city as I could, and so the whole thing came together. Obviously I’ve made a few cop shows in the past [such as The Bill, Crime Stories and MIT: Murder Investigation Team] but it felt like the one I wanted to make now. And they really liked it.”

“There is a demand for English-speaking crime procedurals and we’re having problems procuring these types of programmes internationally. What we said was instead of having to run around trying to find additional coproduction money, we come in and match the Acorn investment and all of a sudden we have a greenlight,” Franke recalls. “That was important because we wanted London Kills as fast as possible. It was just like all the stars aligned.”

With the commission announced in March 2018, filming began in June and the series was subsequently launched to potential international buyers with a premiere screening at C21 Media’s Content London last November. Less than 12 months on from its order, London Kills launches in the US on Acorn TV today.

“What I hear when I talk to our buyers is they say they’re looking for something that is low commitment for the viewer,” Franke says of ZDFE’s decision to back the series. “Horizontal storylines mean viewers are committed for the whole show. What we see is a lot of people like to have something they can enjoy for an episode or two, and that’s exactly what a crime procedural provides. There has been a misconception in the market about what kind of buyers are actually buying these shows. They haven’t gone away.”

It’s a sentiment shared by Marquess, who compares the current situation to a period when he worked at global production giant Fremantle and many people believed talent shows were on the wane. That, he remembers, was not long before Pop Idol first aired in the UK in 2001, with the show going on to reinvent television singing competitions around the world.

“I’ve been in television long enough to see things come and go. People really like crime-of-the-week shows and the thing about London Kills is it’s also a serial story,” he explains. “That element is low in the mix compared to other [serialised] shows, but it’s there and it connects you with the detectives. But the show does give you that weekly satisfaction that a lot of the audience really like. Anecdotally, I’m finding more and more people are saying to me they would like a beginning, middle and an end. These shows are not particularly sexy or fashionable but it doesn’t mean they’re not good and the audience doesn’t like them.”

London Kills, a coproduction between Acorn Media Enterprises and Marquess’s PGMTV, saw the creator bring together Sarah-Louise Hawkins, Sally Tatchell and Jake Riddell to write the series, after he had written the pilot.

Having worked with Marquess on Suspects, Hawkins says she found the pilot script “absolutely compelling” and quickly began pitching potential cases to feature as the ‘story of the week’ in the writers room.

Marquess says his background in soap operas such as Coronation Street means he prefers a collaborative writing process. “I write very reluctantly. Lots of people are better writers than I am, and a problem it would take me a day to solve on my own in my office, I can solve in two minutes in a room with some good writers,” he notes.

“It was a totally crucial part of the process and it pays off in spades. The more you bring the writers into the room, the more you sit and talk together, you all know what you’re doing. Twenty years ago, I went to LA and sat in some writers rooms there and have never looked back.”

Episode one begins with the discovery of a body hanging from a tree in a park overlooking the city, while another story, penned by Hawkins, opens with a corpse found underneath a garden patio. “It turns out three years ago it was buried when it was a student house, and the detectives then unpick what happened,” she says. “Some people start with the death first, but I find if you find some kind of emotional hook, that’s the thing I have first and everything else comes after that. Also, when you’re able to work with complete freedom and someone allows you the latitude to work that way, you can see how it ends up as such an enjoyable experience,” she says of working with Marquess.

Marquess notes that these days, most television detectives are “dead, reincarnated or wearing an interesting hat. Everything has to be really quirky.” The team at the heart of London Kills – played by Hugo Speer (Britannia), Sharon Small (Mistresses), Bailey Patrick (Bodyguard) and Tori Allen-Martin (Unforgotten) – are decidedly lacking in fancy headgear, nor do they have any recent deaths to overcome. That’s why he says London Kills is a series that simply lives up to its title.

“It’s not wildly quirky. All the detectives are actually alive. There is, I hope, a very compelling serial story kicking along underneath it,” he says. “Ultimately, I hope it reflects my fascination with the real versions of what detectives do. And we all love a good murder mystery. It doesn’t have to be dressed up in Agatha Christie clothes. There isn’t, to my mind, an equivalent UK murder-of-the-week series being shot at the moment that’s just that, and that is OK. People really like that.”

Marquess likes his productions to be shot hard and fast, with a single episode filmed in five days via three cameras operating at once. “I took this idea to Hugo, thinking, ‘You’re not going to want to do this.’ But Hugo loved it. He said it was like acting on the stage because the directors and actors work together, put it on its feet, we shoot it with three cameras and then we move on. It’s bloody exciting actually. I am famously impatient. I still think it’s slow! But compared to everything else, it’s an express train.”

Shooting this way offers “huge dividends,” Marquess says, including the fact actors are spared from continuous retakes. There is still that safety net of redoing a scene if it doesn’t work first time around, but otherwise the team can move swiftly on.

“We’re able to do it because the cameras are small and lightweight,” Marquess adds. “We don’t have to light it because they’re really light-sensitive. I couldn’t have done this 20 years ago but now I can. The edit is also less stressful now and more limber so you can make it work. I love it. I’m pitching shows that are bigger budget but, if I could, I’d shoot everything like this because you end up with much more electricity and energy.”

The remarkably long heatwave enjoyed by the UK last summer took its toll on the crew during filming. Marquess admits it makes the series simmer on screen, though the finished product stands in contrast to the rain-soaked London he had envisioned when he wrote the pilot. The 10-week production schedule, as opposed to the more common 30 weeks, also meant making the show was incredibly tough, but that the crew could see the finish line from the start.

“We shoot five days a week, not six or seven, so the actors get two days off to recover and learn what’s next,” he says of the schedule. “As a process, I think it works really well. We had a great building in Whitechapel where we had our production offices and our set. In each episode there’s something iconic of London, but we also shot around the East End, which is a great area to shoot in.”

From an international perspective, Franke adds that London Kills is very much in tune with what ZDFE believes is missing from the UK. “We were happy Paul was able to do something [financially] competitive with a great story that looks good. It is a show that delivers. It’s not gimmicky. It’s very straightforward and it just gives the people what they want to see.”