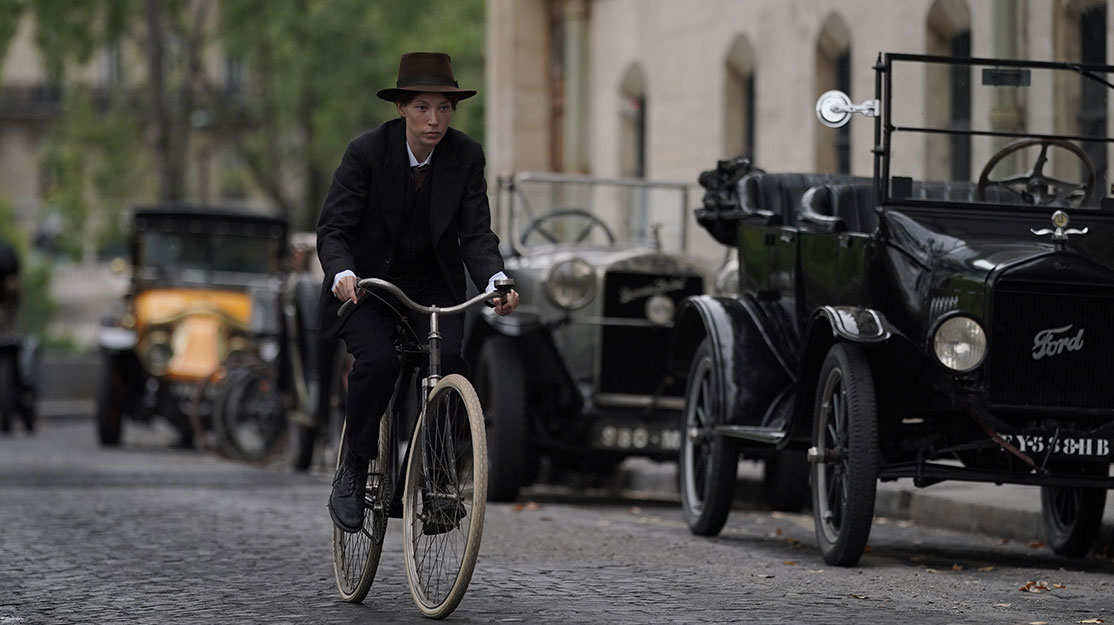 Since it landed on Netflix after first launching on France 2 in 2015, French comedy Dix Per Cent (Call My Agent) has become an international hit, following the professional and private lives of four agents working in a Paris talent agency.

Now, for its latest series, producer Mother Production is travelling back in time to the 1920s for gender-switch crime drama La Garçonne.

Coproduced with Gedesel Productions, it stars Laura Smet as Louise Kerlac, who dresses up as a man and takes on her brother’s identity to join the Police Criminal Task Force. Having witnessed a murder that is now being pinned on her, infiltrating the police and becoming Detective Antoine Kerlac is the only shot Louise has to expose the incident that destroyed her life and her family.

Once she joins the squad, Louise is faced with a series of murders of young models, while also adopting a second alter ego as the flamboyant Gisele in order to slip into the Parisian bohemian nightlife and protect her true identity.

“The idea was to create a show that would connect to today’s audience and the themes we face today,” Valentin tells DQ. “Initially we thought of the 1930s, but the 30s are so sad. We thought we had to begin at the roots of what happened then, and that is 1920, when a new generation came up.

“We wanted to create a new world and to interrogate the genre, because you had many stories at the time of female doctors going to the [First World War] front posing as men, or of soldiers deserting as women. At that time, women were fighting for their rights, and it was also a very interesting period because you had so many creative, international people in Paris.”

“Paris was the capital of the world,” continues fellow producer Larger. “Maybe one of the common points it has with Call My Agent – what we like to do at Mother Production – is to introduce playful and unique characters who resonate with today’s issues and who will identify a genre like a crime story. We did that in comedy with Call My Agent and we hope it’s also well done for La Garçonne. It’s also a show for France 2, so it’s for a general entertainment network, but we wanted it to also work for SVoD platforms. We wanted to please younger audiences, so we’re trying to broaden the audience of France 2.”

La Garçonne brings together two very different worlds in the form of the Parisian art scene, which was populated with people such as Ernest Hemingway and Coco Chanel, and the police. “What’s fun in the story is [Louise] discovers her brother may be linked to a series of crimes in the art world,” Larger notes.

Having worked with Smet previously on Call My Agent – she plays a version of herself in the third episode alongside her real mother, Nathalie Baye – the producers made her their first choice for Louise, who learns more about herself throughout the series by pretending to be a man.

“She’s an ambulance driver, she’s very active during the war. But after the war is finished, the women have to go home – it’s not fair!” Smet says of her character. “Her brother was wounded during the war and becomes an addict. There’s a connection with her brother, she wants to protect him from his ghosts. But she doesn’t sleep – I’m exhausted! I’m totally schizophrenic playing Antoine and Gisele as well as Laura.

“Gisele is a very feminine character and it was more difficult for me to play Gisele than the man; I don’t know why. I worked with a coach on the male character but there was no VFX or make-up. It was fantastic. I just had short hair and a hat. It helped me not to have any artifices – I’m just a girl as a man. I tried to deepen my voice, but that’s it.”

Louise also becomes entangled with a love interest – a situation that is further complicated by the fact that she first meets him while pretending to be Antoine.

There were fewer complications filming the series, which debuts on France 2 later this year. Valentin notes: “The beauty of it is we have shot everything in real locations in Paris, from the banks of the Seine to mansions. Of course, we use VFX on top, but we shot everything in Paris.”

La Garçonne marks distributor Entertainment One (eOne)’s first French-language acquisition, and Noel Hedges, executive VP of acquisitions, has been following the project for more than four years since he first met Valentin.

“He started talking about La Garçonne and I was like, ‘That sounds really good.’ We just kept tabs on it and here we are.”

Hedges admits he was offering feedback on the series “before I had any right to,” and then once eOne was on board, he provided support on casting.

“I liked the gender-swap concept in a detective show. I’ve sold loads of detective shows over the years and it’s a solid TV genre,” he says. “I love the fact the audience will get into that. It’s set in the 1920s so it’s also got a really cool modern concept at play. It’s playing with identity and all those bigger themes, wrapped in a period drama.”

Hedges says La Garçonne is also a good example of modern French drama, showcasing the dynamism of series coming from the country. “The market has definitely evolved. They like crime, and the quality of French drama has improved over the past 10 years. France has a huge film heritage and they’re seeing the same migration to TV we’ve seen elsewhere.”

As for international viewers, La Garçonne will appeal to lovers of “quality period detective shows with an interesting hook,” says Hedges, adding: “It’s got all the production values that you want from a show set in 1920s Paris. It’s a really, really vibrant time. There’s lots of drama – and lots of potential for intrigue.”