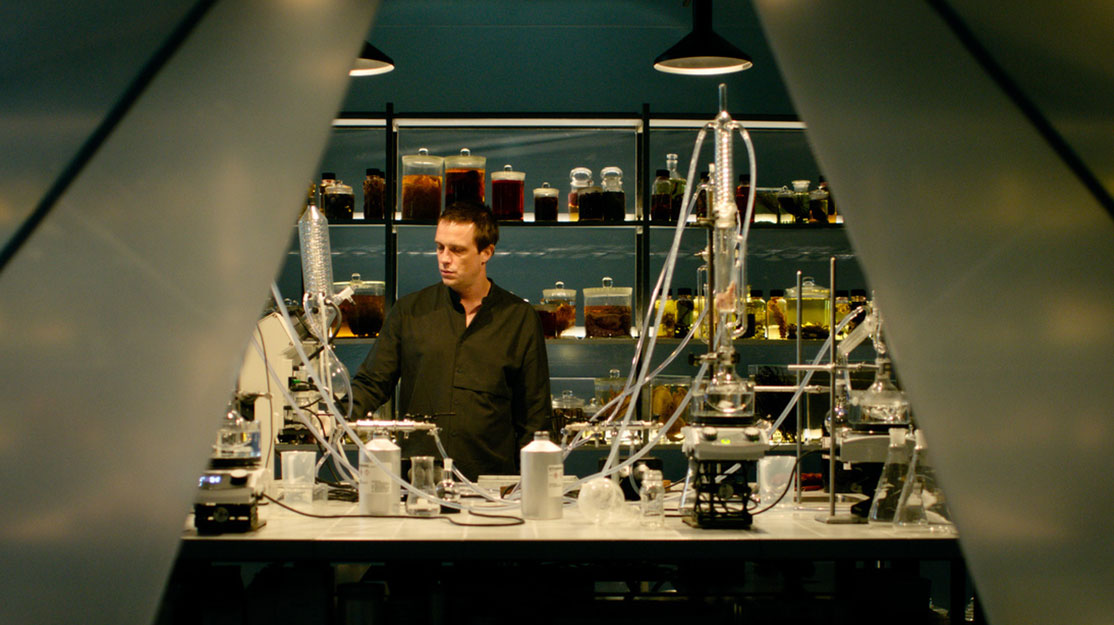 Scent of a killer

Constantin Film producer Oliver Berben tells DQ about making Parfum (Perfume), an inventive German crime drama for ZDFneo and Netflix that uses both the book and film on which the show is based as plot points.

While book and film adaptations are key cornerstones of the television drama market, it’s rare that the existence of the source material is acknowledged within the show on which it is based.

But this is the case with German series Parfum (Perfume), with both the book and film that inspired the series appearing during the story, providing clues that help the detectives solve the mystery at the heart of this particularly gruesome crime drama.

Perfume begins with the discovery of the body of a woman on the Lower Rhine river, whose hair – pubic and axillary – have been removed. The investigators, played by Friederike Becht, Wotan Wilke Möhring and Juergen Maurer, then come across five people who knew the victim from their time at boarding school together.

It transpires that the group were interested in human scents, having been inspired by Patrick Süskind’s real-life 1985 novel Perfume: The Story of a Murderer. To help understand the case, the lead profiler subsequently reads the book and watches the 2006 feature adaptation that was directed by Tom Tykwer and starred Ben Whishaw, Alan Rickman, Rachel Hurd-Wood and Dustin Hoffman.

Here, producer Oliver Berben from Constantin Film breaks down the making of the series and talks about how the original book and the movie became integral to the plot of the drama.

What are the origins of the project?
The show originates from the idea of exploring, in a serial form, the fundamental premise of the novel and the movie of the same title: How far can humans be manipulated through their sense of smell? Constantin Film had acquired the film rights and produced Tom Tykwer’s adaptation of the novel, which became an international success. But with the serial, we wanted to take the historical ‘story of a murderer’ to another level and transfer it to our time.

What were your first impressions of the book?
I read the novel more or less when it first came out, as a teenager, and was completely overwhelmed by it. Perfume is one of the most fascinating and obscure books I know; it’s complex and intriguing, like a strange perfume. Süskind made me – and so many other people around the world – think about odours and scents in a very different way.

How did the novel and the movie inform the series?
They both served as inspirational starting points and as a reference throughout the series. They turn out to be a key element of the investigation. The novel, in particular, forms part of the backstory of our modern-day protagonists: They read the book when they were at boarding school together in the 1990s, and it inspired them to start experimenting with smells, like Süskind’s protagonist Grenouille in the early 18th century. The profiler who investigates the actual murder case, in the present, reads the book and watches the movie in order to learn about the possible motives behind the crime.

How are they related and why did you decide to take this route, rather than a straight adaptation or remake?
Tom Tykwer’s 2006 movie is a congenial adaptation of Süskind’s novel, in every sense. We did not see the point of trying to copy or simply repeat this approach in a TV show more than a decade later. Instead, we thought it would be interesting to ask ourselves: What makes this story so fascinating and relevant to us today? How can it be translated from 18th century France to our own world, where smells and perfumes are being perceived differently but may still have the same power over people’s emotions and behaviour?

What was writer Eva Kranenburg’s process?
Eva started developing the idea for the show, the plot and the characters in close collaboration with me, and continued to write a concept that we closely discussed and worked on as a team over the course of several months. The process of writing the scripts for the six episodes was also aided by Philipp Kadelbach, the director, at a later stage.

How was the series developed with ZDFneo?
ZDFneo series are typically supervised, in the development stage, by a commissioning editor from ZDF. For Perfume, this was Günther van Endert, with whom we had worked on a number of great projects before, so there was a lot of mutual trust and understanding. Günther knew the scripts from a relatively early stage and really liked them.

When did Netflix join the show?
Netflix was on board from the very beginning. I explained the idea to Kai Finke [Netflix’s director of German-language content acquisitions and coproductions] in the early development stage and he was on board from day one. We found a deal together that could do justice to the complexity of the book, which had been translated and sold around the world, and also meet the needs of the broadcaster and a worldwide streamer on the other side.

How does Perfume stand apart from other crime series?
Perfume is unlike other crime series in that it combines a thrilling modern crime story, a deep psychodrama and a seemingly esoteric topic such as the mystical power of smell. It is also unusually original in terms of its visual and narrative style: beautiful but bleak, psychological but also extravagant, fantastical and hyper-realistic at the same time. We tried to create something without using existing patterns or paragons, something with its very own look and feel.

How are the detectives portrayed?
Our main character, Nadja Simon (Friederike Becht), is a young profiler. She leads the investigation but finds herself in a constant power struggle with the prosecuting attorney, Grünberg (Wotan Wilke Möhring), with whom she is having an affair. Köhler (Juergen Maurer), a detective with the local police, supports Nadja’s unorthodox investigation techniques and tries, unsuccessfully, to get closer to her.

What did director Philipp Kadelbach bring to the drama?
As a director with a clear vision and a legendary talent for working with actors, Philipp brought immense creative input to the series. Without his obsession – with every small detail as important as the entire production – Perfume would never have happened.

Where was the series filmed and how did locations influence its look?
Perfume was filmed on location at the Niederrhein, a rural/suburban region in the far west of Germany, between Cologne and the borders to Belgium and the Netherlands. The landscape is mostly flat and rather bleak, characterised by potato fields and pervaded by slip roads, power poles and run-down industrial areas. But in between, you come across small spots of surprising beauty: an old castle, the ruins of something in a blooming forest, a small river, a patch of moor.
This area, with its vaguely ‘lost’ feel, was the perfect setting for our show, whose protagonists are isolated – located nowhere, so to speak. The landscape also fits the look we were trying to create, with its focus on a kind of beauty that keeps oscillating between loveliness and gloom, between perfection and devastation, between a brutal present and the nostalgic transfiguration of the past.

Why did you think Perfume would appeal to both German and global viewers?
Now that the series has come out [it debuted in November 2018 on ZDFneo and in December worldwide on Netflix], it is very exciting for us to see that German viewers and audiences around the world are reacting so strongly to it. Perfume has turned out as we had hoped – it is unlike anything people have seen before, and it has a sort of suction effect, a tight grip. So we are not surprised but very happy that it provokes and fascinates so many people at the same time, in so many different countries.