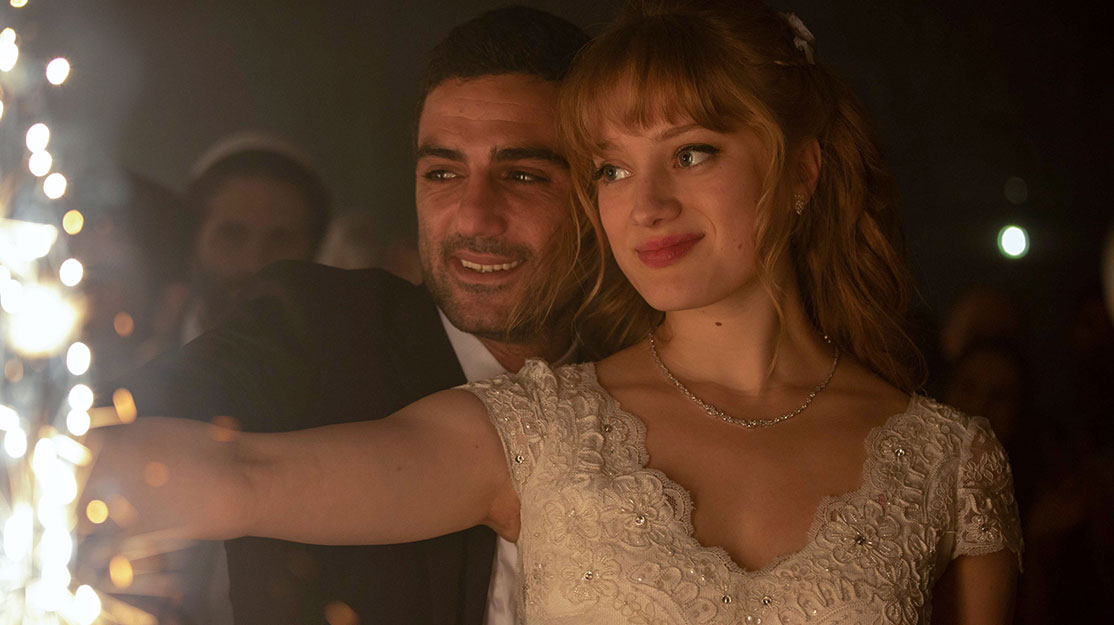 Possessions director Thomas Vincent talks about key scenes in the first episode of the French-Israeli thriller, which combines crime, mystery and the supernatural. The series is produced by Haut et Court TV and Quiddity for Canal+ and Yes TV, and distributed by StudioCanal.

At a thunderous wedding reception, more than 300 people are clapping and cheering as the bride and groom prepare to cut the cake. Suddenly, the lights go out – and when power is restored, the groom is dead and the blood-soaked bride is holding a knife.

But Natalie (Nadia Tereszkiewicz), a French woman living in Israel, claims she is innocent and as the police begin their investigation, she receives support from Karim, the deputy consul from the French embassy. As he explores Natalie’s mysterious past, Karim must decide whether she is vulnerable or manipulative.

The opening moments of French-Israeli drama Possessions might leave viewers with no doubt as to Natalie’s guilt, but scenes following her through the various stages of her extravagant wedding leading up to the groom’s death create room for questions marks over her guilt.

Director Thomas Vincent (Bodyguard) says the wedding is the type of scene that takes a huge toll on the logistics of filmmaking. “For this scene, the difficult thing was to properly balance the description of an Israeli wedding and the reality of it for a French audience and also to be able to dive into Natalie’s mental state. It’s something we worked on in the script, on the set and then in the edit. Finding the right balance to this was essential.

“This show is not about a wedding. We had to get just enough [footage] but not too much, because very quickly we had to go into her mind. What was interesting was not only how to realistically depict an Israeli wedding, but also how to depict how Natalie feels about it. In the edit, we really worked a lot around this because very early on we are with her. We’re already in her mind and we can tell that something’s wrong, something’s odd. What is it?

“The show is very much about that feeling of an unsettling strangeness. Is it reality or is it a dream? Gradually we dive into that until the murder, and even that is not filmed in a very straightforward, realistic way.

“It’s shown completely through how she feels, not what actually happens. We almost don’t see what happens. It’s about what it does to her. This is really the starting point of the whole show. A lot of it is about that mystery. How does she feel about it? Is she happy? What is going on? That unsettling strangeness goes through the whole show. It’s reality as if it were a nightmare. It’s making that mystery come alive.

“We’re dealing the cards with which we’re going to play afterwards, and finding the right balance there was an essential part of work in editing episode one. We’ve been discussing a lot about how much should we give away and not give away.

“There’s another scene that is also very important in episode one, with Karim and Natalie’s mother, who is burning everything that has come into contact with her daughter. She’s superstitious and it makes sense to her but nobody else. It’s filmed on the edge of the city and on the other side is the desert. That scene, with one foot in the normal world of the city and the other in the unknown, really encapsulates the show. It shows where the show is going to play, on the edge. We let the audience in on this woman’s madness through Karim’s point of view and it sets up the story. Are you out of your mind or is the world crazy?

“These scenes give you all the keys to know what the story is about. It’s about Natalie’s secrets. It’s about the question of is it fantastic or real, and it’s about family. Then there’s Karim, the outsider, who is our way in to the story, and it develops along those lines. It grows bigger and bigger and goes deeper and deeper. In those scenes, we deal all the cards we’re going to play with.”