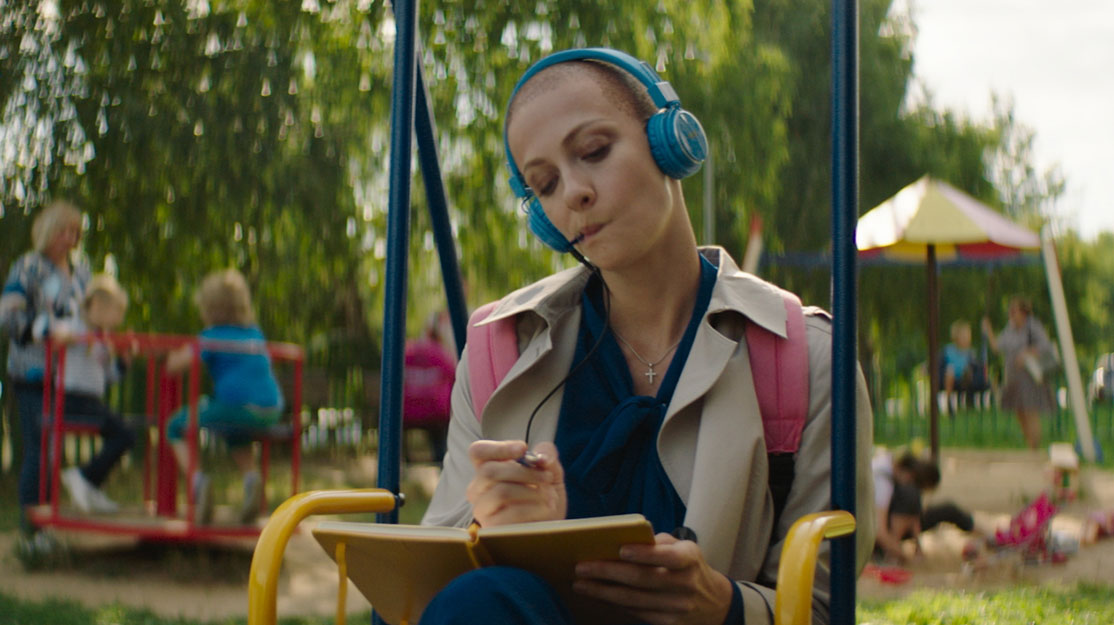 257 Reasons to Live stars Polina Maksimova and Egor Koreshkov and creator Alexey Lyapichev tell DQ about this Russian dramedy in which a terminal cancer patient looks to complete her extensive bucket list.

While actors are often given the chance to learn new skills when preparing for roles, not many will have enjoyed quite so many different experiences for just one series as Polina Maksimova.

As the star of Russian dramedy 257 Prichin Chtoby Zhit (257 Reasons to Live), Maksimova had to shoot scenes involving bungee jumping, performing with the Bolshoi Theatre, speaking Spanish and salsa dancing as her character Zhenya seeks to complete an extensive bucket list compiled following her cancer diagnosis.

After three years of fighting the illness, Zhenya is unexpectedly told her cancer is in remission. But what should be the happiest day of her life turns sour when her boyfriend immediately dumps her, her work colleagues are irritated to her see her return and her self-obsessed sister won’t give up the money she raised for her treatment. Zhenya then turns to an old notebook filled with 257 wishes and strives to tick everything off her list.

“Zhenya is very open to life. She loves life and is the only normal person in the series, because all the other characters are consumed by their own lives,” explains Maksimova, who won the best performance award for her part in the show at French television festival Canneseries last month. “She opens their eyes to some of the human aspects of living.

“When I read the screenplay, I was drawn to it immediately and I was very happy to portray such an important message. As actors, we are taught we should tell something to the world through our roles, and I hope I managed to do that.”

However, as soon as Zhenya determines to complete her bucket list, she is immediately run over by Konstantin who, like Zhenya’s friends and family, appears to have lost his grasp of basic humanity.

“It’s a rare occasion where such a dramatic story is told in such a light, happy form, and it’s so inspirational,” says Egor Koreshkov, who plays Konstantin in the series, which recently entered its second season in Russia.

“Konstantin seems to have forgotten how to live; he just exists. Meeting Zhenya gives him back this lost feeling, which is the love they start to feel for each other. My character decided to live in a material world and be emotionless, and the only thing he uses in his life is sarcasm. He’s not open to the world in any way, and his meeting with Zhenya changes it all. First he gives Zhenya a shock by hitting her with a car and then she gives him a shock in turn.”

While Koreshkov describes the moment his co-star had her hair cut off to play Zhenya as  “pretty difficult – it was emotional,” Maksimova says: “It was difficult for me as a girl but it was normal for me as an actress. It’s just normal. If you need to play the role without your hair, you need to cut your hair.”

Distributed by Germany’s Beta Film, the series is produced by Yellow, Black and White, Russian streaming platform Start and Super Production. Creator and writer Alexey Lyapichev says the storyline was deeply personal to many members of the cast and crew whose families have been touched by cancer, and he and the writing team spent 18 months developing a story that could find a balance between comedy and drama.

“We wanted to make something that would help people who suffer from cancer or who have struggled with it, to help them find something to continue their lives,” he explains. “[Zhenya] wants a new life and this new life will be very bright, very shiny. But we’re also trying to show that life is not just blue skies and sunshine. It’s life, and a lot of things Zhenya has to struggle with are still waiting for her.”

The show’s blend of comedy and drama was aided by the casting of Maksimova, who is best known as a comedy actor. “In our series, she shows she’s also a professional dramatic actress,” Lyapichev notes. “The combination of these two things gave us a lot of comedy, not like a sitcom but in a realistic way. We tried to do it and you have to decide if we were successful or not.

“It’s very interesting with the contrast between the comedy and the drama because it’s about cancer, so we had to find that balance. That [genre] is not common for our country. That is something new.”

After a successful first season, the show was recommissioned by Start, with both seasons comprising 13 half-hour episodes. Writing took place while Russia was in a coronavirus lockdown earlier this year, with filming then carried out between July and September once production was able to start up again.

Writing the series “is a really difficult process,” Lyapichev admits. “One day you think you have found a lot of stories that mean a season could not just be 13 episodes but 30 or 40, and then the next day you find they’re not that good. It’s a difficult process but it’s interesting. The second season was easier because we found our characters. And with Polina and Egor, we found how they can act and how they speak, so in that way it was a little bit easier. But it took a lot of time and a lot of work to make both these seasons.”

Now with hopes for a third season, Lyapichev says viewers have been drawn to the realism in the series and won over by the kindness Zhenya shows to other characters, no matter how horrible they might be to her.

“They found the line between humour and drama,” he says. “We really hope people all over the world will find this situation common to them. It’s not all about Russians. We hope it will resonate with viewers worldwide.”