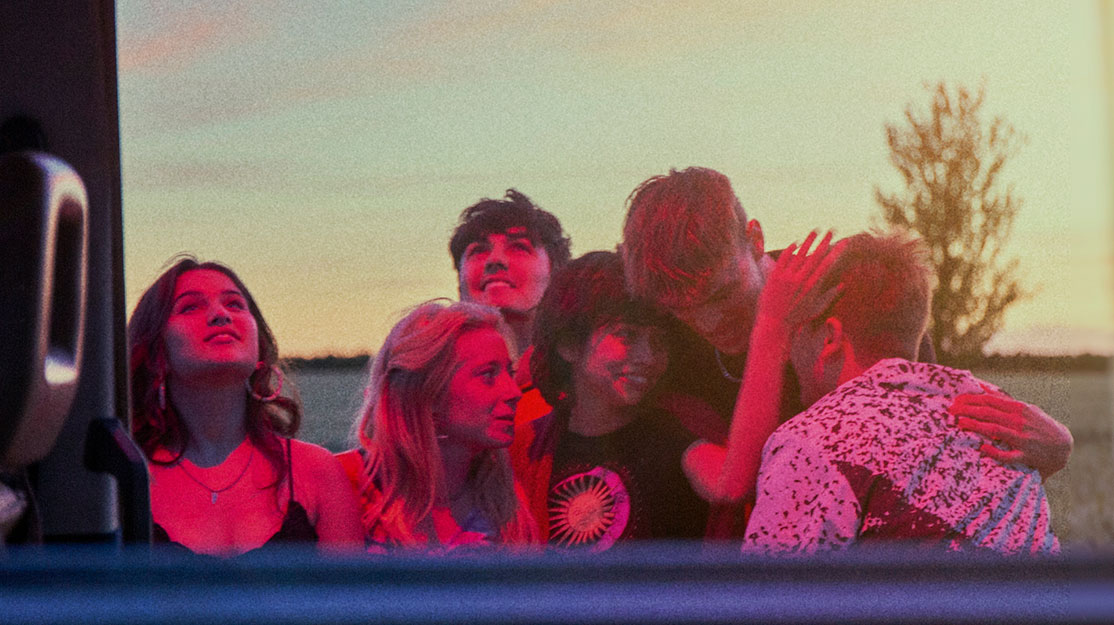 Spanish drama Cómo mandarlo todo a la mierda (How to Screw it All Up) follows a group of friends searching for freedom on a spontaneous road trip. Creators Jaime Olías and Pablo Sanhermelando talk risk-taking and speaking to Gen Z with the HBO Max series.

In a television world where backing original ideas can be a risky business, nothing about how Spanish drama Cómo mandarlo todo a la mierday (How to Screw It All Up) landed on HBO Max can be considered standard practice.

Intrigued by the premise of this coming-of-age story about a group of teenagers on a road trip to nowhere in particular, Madrid-based producer Boomerang TV took the decision to back creators Jaime Olías and Pablo Sanhermelando before a broadcaster was even attached to the project.

It was only when filming had wrapped that a meeting was held with HBO Max in Spain, and the streamer subsequently came on board to boost the show in post-production and bring the series to its global audience as a Max Original.

“It was a risk, and all thanks to Boomerang TV. They decided it was a good idea, the madness we were proposing, and decided to trust us,” Sanhermelando tells DQ. “It gave us all the freedom in the world, which is one of the characteristics of this project, and it has been the key to ensuring the final result is better.”

“Talent is scarce, there’s not much of it around,” says Miguel Salvat, HBO’s commissioning editor of original programming in Spain. “But opportunities are scarce as well, and sometimes they find each other. This is one of these times when they took the risk and then we assumed the risk because there were answers to all our questions. Yes, there was a risk, there’s always a risk, but there are ways of limiting the risk. If you know why you get up in the morning, there’s no risk.”

Written and directed by Olías, How to Screw it All Up tells the story of a group of friends who hit the road without any destination in mind – but they may just end up finding themselves on the way.

Viewers follow events from the perspective of Alba, a girl who is having trouble fitting in at her new school. Desperate to escape her difficult home life, she is crushed to learn that her end-of-year school trip has been cancelled, ruining her chances of running away.

But by chance, she discovers a group of classmates have the perfect plan: to pretend to their parents that the trip is still on, steal a van belonging to one of their brothers and take a three-week road trip – one without a plan, no set route and where their only intention is to live on their instincts. There are just a few rules: no posting on social media, always keep moving and, most importantly, no going back.

The origins of the project, which was the subject of a case study at French television festival Série Series earlier this month, cannot be found in one place or in a single idea. Instead, How to Screw it All Up is a heady, intoxicating blend of the creators’ desire to shoot a road movie couple with the idea of freedom, particularly for a group of teenagers out of school. “We just added up all these elements to create the original premise of the series,” Olías says.

Initially, viewers follow Alba as she becomes caught up in troubles relating to her family’s debts, leaving her desperate to flee her home. When she catches wind of her classmates’ plan to embark on their own trip, she is initially rejected but later convinces them to let her join them.

Through the series, the focus will remain fixed on Alba, “but in subsequent episodes we will learn more about the other characters and the relationships between all the others and their evolution through the story,” Olías says. The young cast is led by Naira Lleó as Alba, alongside Malva Vela (Irene), Gabriel Guevara (Fran), Óscar Ortuño (Javi), Nadia Al Saidi (Isa) and Sergi Méndez (Marcos).

Olías created the story arcs with Sanhermelando before he wrote the scripts himself – a period that coincided with the start of the Covid-19 pandemic. “It was not comfortable, but it was a gratifying process because it was very clear in our mind what the objective was,” he notes. “The scripts were very clear on the parts of the trip but we did not know where they would actually travel. We spent a long time scouting along part of the eastern coast of Spain around Valencia. We finally decided to use a specific bit of that coast for practical reasons.”

While the creators hail from the Carabanchel neighbourhood of Madrid, in central Spain, the series saw them relocate to the eastern Mediterranean coast near Valencia, to a city called Cullera, where the teens begin their road trip along the coast. The middle section of their journey was filmed around Toledo, south-west of Madrid, while the end of the series, which is supposed to be set in northern Spain, was shot in the hills and mountains of Sierra Norte, north of Madrid.

While How to Screw it All Up isn’t based on a single idea or experience, Olías says everything in the series comes from some part of his own life. “Anything you write about has something to do with your own experiences, although the obstacles the characters in the series have to face are not the same I have faced,” he explains. “The feelings they feel are somewhat similar to my own personal experience. All of the characters have little bits of myself, even things I’m ashamed of and things people don’t know I have experienced in my life, so there’s quite a lot of myself in the characters.”

When Olías and Sanhermelando first started discussing their ideas for the series, their overriding feeling was that it should be as naturalistic and truthful as possible. “All the obstacles [the characters face] are typical of their generation,” Olías continues. “All the characters feel they lack freedom and also feel they are more adult than they actually are. For grown-ups, these obstacles – like where to charge your cellphone, ‘I don’t have money for fuel’ or ‘we don’t know where to spend the night’ – are tiny things you don’t have to think of. But for them, these tiny things become big obstacles and big dramas.”

HBO got involved once filming was completed. “This is not the typical process for us,” Salvat says. After seeing some of the finished cuts, HBO considered picking up the series first as a simple acquisition and then as a Max Original after Salvat began interrogating the material and the creators.

“All the answers to our questions were the right ones, so we said, ‘Look, stop for a minute, let’s think what we could add to make this even better,’” he recalls. “We discussed it with them, we changed everybody’s plans, and this is the outcome – and we’re very happy with it. They didn’t reshoot; it was mostly in post-production [where HBO contributed], making things better and allowing them to put more muscle into the music.

“Music is very important in this series. It’s part of this concept of being truthful and being as realistic as possible, for a generation that is many miles away from my own experience and some miles from their own experience, because we’re portraying 17-year-olds here. Their obsession was to speak their language, the language these guys use. And you can see that in the 4:3 aspect ratio of the show, the way the camera follows the characters and the way it’s edited. It’s not the way I’m used to but, at HBO, we don’t make series for me.”

The theme of freedom didn’t just extend to the story, or even to Olías and Sanhermelando, says Salvat. “Underneath, there’s a second layer – the freedom Jaime gave to the actors themselves, because their contribution – some of them are well known, some are not known at all – in the series is paramount here. He had to rewrite dialogue and tons of things because they corrected him to make it more truthful. This is quite unusual. There are many things that are unusual.”

The now-uncommon 4:3 aspect ratio is a big part of How to Screw it All Up’s unique visual style, which was also aided by the use of vintage clothes for the costumes, analogue cameras, handheld filming techniques and bleached, grainy-looking frames.

“We asked ourselves what are the elements and attributes that define Generation Z and we decided to put them all together to speak their language,” Olías says. “All these elements were not my choice; it’s the choice this generation is making on the go, such as 4:3, the type of clothes they wear, the music and analogue cameras, that type of thing. If we decided to talk about this generation and be truthful to it, we needed to use their means, not our means.”

Making the series, which debuted on HBO Max earlier this month, has been a challenge “both in development and during the shoot itself because we had to shoot very quickly and move around many places,” says Sanhermelando, who also exec produces the show. “It was also a challenge in post-production because it was a long period of time, and Jamie also did part of the editing because of the huge quantity of raw material we had to work with. The last challenge was the process of adding the music, the soundtrack, which is made up of many songs.”

For a long time, the show’s working title was Nomads, which Olías says sums up the characters in the series and the challenges facing them. “I wanted to talk about freedom and all the turning points during the trip, and how these turning points change the personality of the characters once they get back home,” he says. “It’s a period of life we like to talk about because change is constant. It’s a good setup for an explosive drama.”

tagged in: Boomerang TV, Cómo mandarlo todo a la mierda, HBO, HBO Max, How to Screw it All Up, Jaime Olías, Pablo Sanhermelando