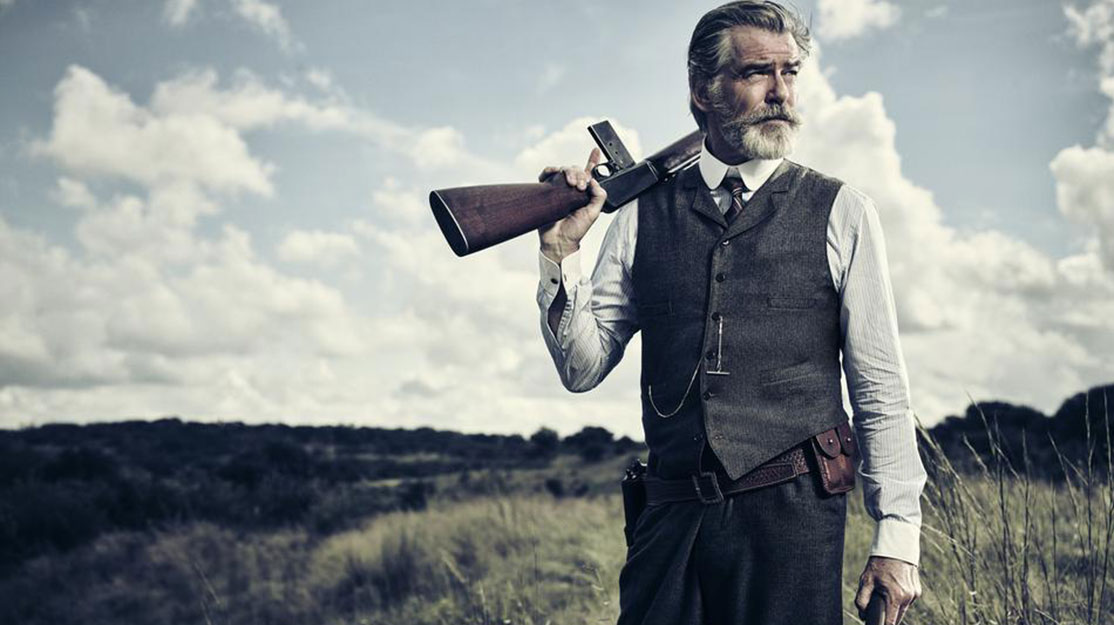 Thirty years after calling it quits on NBC detective drama Remington Steele, Pierce Brosnan is making his return to television.

The James Bond star headlines AMC’s 10-part oil drama The Son, which premiered at SXSW in Texas and will launch on the US cablenet on April 8.

“I’d been looking at TV,” Brosnan says. “There are a lot of great actors working there and I wanted to be part of that.”

Brosnan took over the lead role from Jurassic Park star Sam Neill, who left the project due to personal reasons last summer. The move marks a return to television for Brosnan, who starred in the aforementioned NBC series from 1982 to 1987.

“I came in at the 11th hour so it really was a baptism by fire,” Brosnan explains, adding that the timing was fortuitous: he was set to shoot a movie in Russia that fell apart. “I read the script on a particular weekend and I just connected to the work, it was a great read.”

The series – based on Philipp Meyer’s book of the same name — is a multigenerational epic told over many decades. Brosnan plays Eli McCullough, a ruthless Texas oil man raised by the Comanche.

“All the ingredients, the whole tapestry, just felt good to me,” Brosnan says. “I’m a father, I’m a grandfather, I know about the loss of life, I know about being an immigrant and moving to a new land.

“It was the writing, the lyricism of it, the humanity of it, the brutality of it. That, and desiring some need to come back to TV. It’s just all sensing and intuition at the end of the day.”

Showrunner Kevin Murphy says the series will be “a very evenhanded exploration of cultural collisions.”

Being a divided nation, he adds, “is not a new thing. If we can get people talking about, historically, the Comanche versus whites, about Mexicans versus Texans, if you understand that the gulf is there, then you can start the conversation about how you build bridges to get over it.”