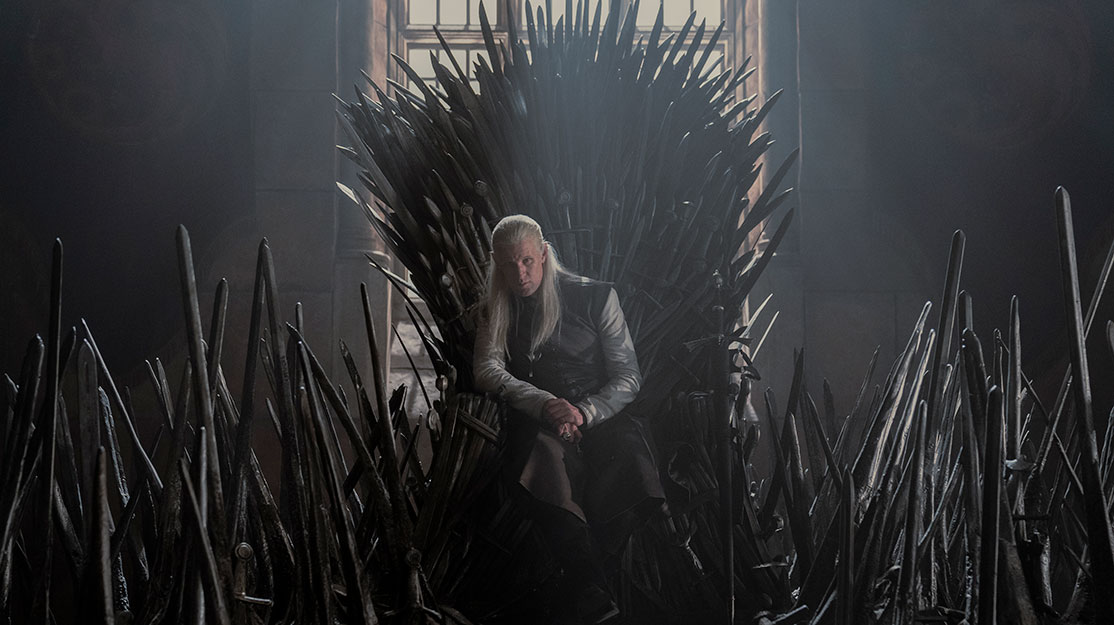 Rise to the Throne

Ryan Condal, co-creator of House of the Dragon, reveals how he breathed life (and fire) into the eagerly awaited Game of Thrones prequel, which focuses on the Targaryen family 200 years before the events of the original series.

Handpicked by George RR Martin to co-create the first Game of Thrones (GoT) prequel to make it to series, Ryan Condal’s credentials as a die-hard Thrones fan cannot be questioned.

Given the strong reaction to the final season of GoT, which left fans of the show critical of numerous creative decisions made by showrunners David Benioff and DB Weiss regarding the plot and character arcs, a safe pair of hands was needed for next instalment in the franchise.

An in-depth knowledge of Martin’s books, on which HBO’s mega-hit saga is based, convinced the fantasy author that Condal was the right person with whom to develop a new show. It appears to be a wise choice, with Condal looking and sounding every inch the hardcore fan when it comes to everything GoT. He even wears a GoT t-shirt on his day off from promoting House of the Dragon, which launches on August 21 on HBO, HBO Max and other broadcasters around the world.

Speaking to DQ at the European premiere of the eagerly anticipated series in Amsterdam, Condal says he, Martin and his House of the Dragon co-showrunner, director Miguel Sapochnik, spent a long time deciding how to approach the first of numerous planned spin-offs in the franchise.

The new series takes viewers deep into the world of Westeros and explores the Targaryen family – the all-powerful dragon riders who are the seemingly invincible rulers of the Seven Kingdoms some 200 years before the events that captivated global audiences in Game of Thrones.

“One of the challenges put before Miguel and me was what to make the same and what to expand and evolve and make different,” Condal says of following GoT. “It’s a challenge because you’re inhabiting the same world that David and Dan dramatised and that George wrote about, but it’s a much-different time.”

Condal says an “interesting facet” about House of the Dragon that sets it apart from the original show is that while GoT was about multiple families in a giant geopolitical conflict, the prequel is more akin to a complex Shakespearean family drama. Viewers will witness bitter rivalries, jealousy, lust, the quest for power and betrayal tear the Targaryens apart and threaten to destroy a dynasty that has ruled unchallenged for a century, as its male leaders do everything they can to avoid seeing a woman on the throne.

“It’s very much the story of two women who find themselves thrust into positions of power against the backdrop of a patriarchy that gives them that power only sparingly and very resentfully,” says Condal. “The trick is hitting the sweet spot of making it the same but making it different. Certain things have to be the same, like the castles, but others have to feel different because you want to communicate that 200 years have passed in the original Game of Thrones.”

For one thing, the Iron Throne, which plays such a pivotal part in both series is shown closer to its original form – grander, more imposing – and its deterioration by the time of GoT points to the events that will be depicted in House of the Dragon.

“This is a more decadent era. Something changed over time to reduce that throne to the iconic silhouette we know from the original series,” says Condal. Like with any prequel, fans of the original series will know the ending, to an extent, so it was Condal’s task to join the dots, using portions of Martin’s 2018 book Fire & Blood as jumping-off points.

“It started with the task of writing one 60-page script. George selected me for the job, put me before HBO, and they said go ahead and give this thing a shot. When George and I sat down, the first thing we did was talk about the book and the story and what that first episode needed.

“In our first two or three days of sessions, we broke the back of the pilot, trying to figure out where to iris in on this story, which story to tell, what is the thing that has to hook everybody. To HBO’s credit, they saw the vision we had from the beginning.”

A lot has changed in the TV industry since GoT first arrived over a decade ago in 2011, and Condal hints that the spin-off will be more diverse than the original, partly due to where it is set.

“You want to immerse people into a world that they recognise and that feels the same. George himself always said that Kings Landing [the capital of the Seven Kingdoms] in particular is a very diverse place because it’s a major port city, with a lot of traders coming in and out. But that doesn’t mean the Targaryen dynasty is.

“It’s really important to have diverse representation on screen but in a way that holds true to the world George established in his books and Dave and Dan established in the original show. It’s definitely a balance to walk,” Condal says.

Meanwhile, those who were perhaps left cold by GoT or felt overwhelmed by the thought of binge-watching all 70 hours of the original show may find House of the Dragon an ideal gateway into the world of Westeros. “Anybody who has seen the original series or read the books will have an easier time immersing themselves into the world. But we specifically designed the pilot to be welcoming to a new audience,” says Condal.

“You can’t just have this be an inside joke, so to speak, for Game of Thrones fans, otherwise you’re not doing your job. You have to welcome in a new audience that’s maybe only casually engaged. It’s the job of any pilot to immerse people in an organic way that makes them feel like they can follow it and know what’s going on.”

The showrunner, writer and executive producer, who prior to House of the Dragon co-created, exec produced and showran USA Network series Colony for three seasons, is well aware of the huge weight of expectation on the prequel ahead of its release.

As such a fan of both Martin and GoT, however, Condal sees finally being part of the franchise as “a huge privilege and also a great responsibility due to all the expectation.”

With House of the Dragon reportedly costing around £16m (US$19.4m) per episode, Condal credits a gigantic production team of 2,000 people with creating the epic series, which is set to be the first of numerous other spin-offs planned in the franchise.

“The job of any producer or showrunner is to surround yourself with people who can do things you can’t do and entrust them with responsibility to go in and collaborate to make the best show possible. No TV show or movie is made by one singular entity. This auteur theory is nonsense to me because it is a village. In this case, it’s seven villages that go into the making of the show.”