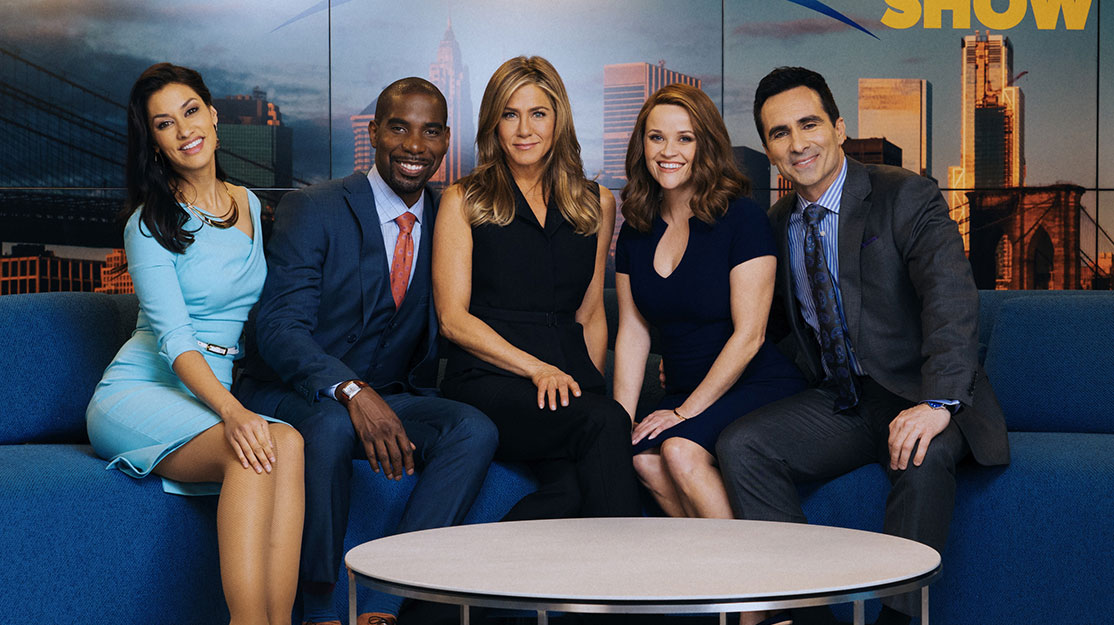 Michael Ellenberg, the former head of drama at US premium cablenet HBO, is looking to build his Media Res production company with more big-budget shows for streamers following the success of Apple’s The Morning Show.

It’s somewhat ironic that as traditional television execs fret about tech companies coming to destroy their business plan, Apple launched its streaming service with a drama about a staple of broadcast and cable news networks – The Morning Show.

The project grew out of Media Res, the production outfit set up by Michael Ellenberg after he left his job as head of drama at premium US cablenet HBO. His timing turned out to be perfect, with a number of streaming players coming online looking for the sort of big-budget, premium drama he wanted to produce launching soon after.

Media Res is not only behind Apple TV+’s The Morning Show but is also working on an adaptation of Min Jin Lee’s New York Times bestselling novel Pachinko for the tech giant.

“We were fortunate that there were a number of networks in the business of high-end series – we had a number of suitors,” Ellenberg says of his debut project. “Helping to launch a new network and service seemed like a once-in-a-lifetime opportunity.

“The biggest change there has been in the business is there are now more homes for premium series and storytelling opportunities. The explosion of innovative work you see in the US shows isn’t through one single commissioner anymore. As a seller, what’s most exciting is that when you’re putting something together that you feel is exciting and unique, you feel fairly confident someone is going to get it.”

TV drama has had a prolonged fascination with news rooms, both newspaper and television, producing some brilliant shows – the BBC’s original State of Play – and some slightly less so – Aaron Sorkin’s uber-Sorkin cringe-fest The Newsroom. It was an area that had fascinated Ellenberg and came straight to mind when thinking of his new company’s fledgling slate.

“I’d always been a fan of the morning shows and interested in them,” he says. “In an era when America seems to want to rip itself apart, I thought it was interesting to take a look at these shows as one of the last things trying to appeal to the entire country. Everybody else has kind of given up trying to appeal to the coasts and Middle America, the cities and rural communities. What’s it like starting every day trying to represent an idea of what America is and what America should be thinking about?”

Brian Stelter’s 2013 book Top of the Morning: Inside the Cutthroat World of Morning TV provided further inspiration and the idea began to germinate.

“Every few years in the US, a high-profile female anchor in one of these shows goes through some horrible high-profile public spectacle where she’ll be ripped apart in the press,” Ellenberg says. “Some of the most powerful women in America have been brought to heel. I wondered whether there was an axis between the unique pressure of representing an American family and the pressures brought to bear on these amazing women anchors.”

Having worked with Ellenberg on HBO’s Big Little Lies, Witherspoon and Aniston quickly signed up to the new project, which has been renewed for a second season. “They saw the same things I saw in the project – social ideas to explore and cultural ideas to explore,” he says. “We also engage in what it means to live in the public eye. These are two of the most beloved women in the country and the ideas were very personal to them, so they were keen to explore them.”

Although Media Res has worked exclusively with Apple to this point, the company’s ‘three-year plan’ is to become an independent supplier to all the big players, similar to the way Nicole Clemens has set up Paramount Television (Jack Ryan, 13 Reasons Why, Catch-22).

“The state of change in the industry is so rapid it’s hard to have more than two-year timelines,” Ellenberg says. “We’re looking to be the leading indie studio supplying sophisticated, contemporary, provocative drama and other series.

“We want to expand into unscripted and other genres, and do more international series. Both as a business matter and creative matter, we find ourselves drawn to international stories, so we’ll do more of those.”

He’s also keen to take advantage of audience willingness to embrace foreign-language content. “We’ll maybe look to do some more foreign language. We’re doing some of that with Pachinko and you’ll see us do more of that,” Ellenberg says.

“What’s pleasantly surprising is how intrepid audiences have become. Their hunger for new and different storytelling is more avant garde, adventurous and curious. They’re pushing studios, creatives, producers to be that much more innovative and creative.”