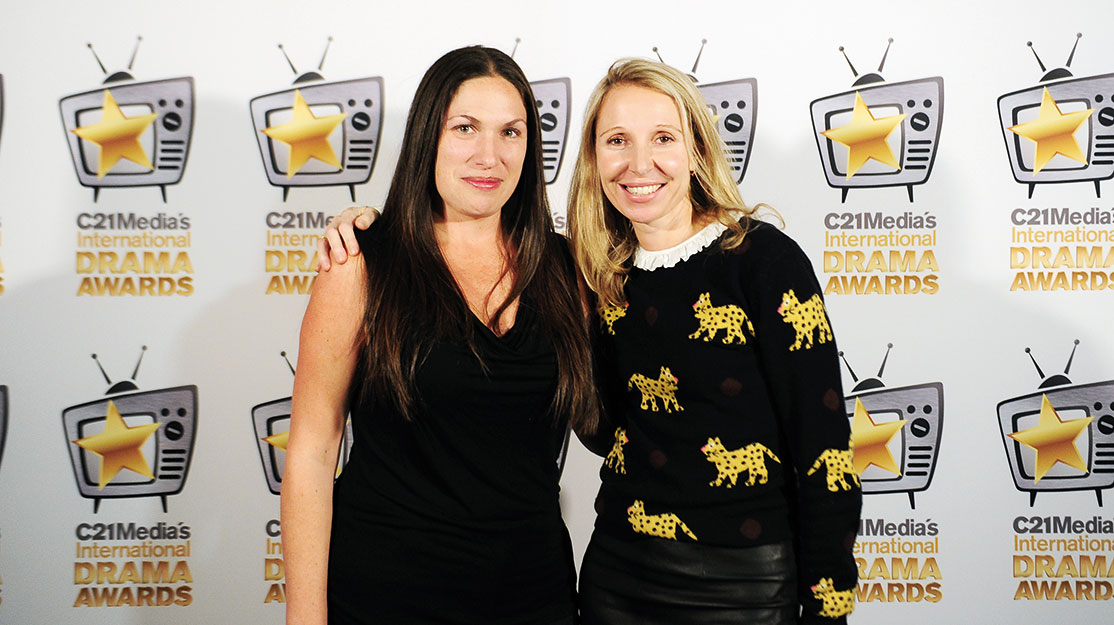 A year on from winning the C21 Drama Series Script Competition at Content London, Michele Giannusa is on the write track. She tells DQ about the origins of her winning project and offers her advice to this year’s finalists.

It is one year on from the moment Michele Giannusa’s name was called out as the winner of C21’s Drama Series Script Competition 2017. In the intervening 12 months, she has worked with global producer and distributor Entertainment One (eOne) to develop her script and has pitched her series to broadcasters and SVoD platforms including Fox and Netflix.

But for the writer, that winning moment still remains all too unbelievable, much like everything that has happened since. “It was so surreal,” she recalls. “I never went to Content London thinking I would win, I just thought it was a good opportunity and I was really happy to be able to do it. The actual pitch part was very scary and not something most typical writers do – we’re quite isolated and don’t talk to tons of people! I also wanted to make sure I was giving a bit of personal story to let people know how the project came about. So when they called my name, it was really one of the most amazing feelings.”

Giannusa (pictured above left alongside eOne’s Polly Williams) says she was amazed at how people responded to her script, with a constant stream of Content London delegates approaching her to talk about it. “This was a five-minute pitch and I felt like there was this personal touch for people. There’s nothing I want more than to be able to make this show, and it feels like we’re getting closer to that possibly happening.

“As a writer, you just want people to respond to your work and feel like they get it and see something in the story that connects them to their own lives. Once I knew I won, I felt, ‘I think I have a chance to make this show.’ It was one of the most incredible feelings ever.”

Her winning script, Ripple, follows four different people going through different stages of grief – one character loses his wife suddenly, another is going through a divorce, one suffers a miscarriage and the fourth has lost their job. It was an emotional state shared by Giannusa when she first conceived the idea, having come out of a “brutal” divorce shortly before she moved to LA.

She found comfort in a support group, something that is also featured in Ripple, which examines how people can find support from strangers. As the plot progresses, “it shows how we can be hopeful and things can start to turn around,” Giannusa explains. “That’s the biggest part of the pilot for me, and that’s where it came from.”

Her prize for winning the competition was a deal with eOne. She worked with Jeff Boone, eOne’s global scripted development manager (now head of development for Jane Tranter and Julie Gardner’s transatlantic production company Bad Wolf), who Giannusa says became her “partner” on the project.

“We went into meetings with production companies, we did pitches together with networks,” she says. “He has to get the accolades because he was constantly checking in. We were always on the same page. Jeff never made me feel intimidated or felt he had to speak for me. He let me do my thing. There was a lot of respect there for each other and, having had other experiences with people from other companies, it’s not always the case. Sometimes you get someone you don’t pair with so well. I’m very grateful to have had someone who initially just believed in the project and who saw exactly what I wanted to do.”

With the project now being considered by several networks and streaming services, Giannusa would likely be paired with an experienced showrunner to steer the drama through production should it be picked up to series. “I just want to be as involved as I can be,” she says. “For the most part, writers want to run their own show. I just want to learn from someone who’s been in the business, who knows what they’re doing and can appreciate what I’m trying to do with this show.”

Originally from New York, Giannusa has lived in LA for the past four years. She has an agent, recently signed a manager and has been busy with meetings about potential writers room opportunities that crop up with the avalanche of new series debuting in the US every autumn. Prior to the C21 Drama Script Series Competition, Giannusa had also won a place on an NBCUniversal’s Writers on the Verge scheme, as well as becoming a finalist in similar competitions organised by HBO, Disney/ABC and Fox.

She has several other scripts in development, but while Ripple is very much about friendships turning into family, Giannusa’s other properties look at a different aspect of family – siblings. Ladies of Cambridge is about four sisters who, 10 years earlier, suffered the shock of their father killing their mother and then himself. Now these women, aged between 19 and 22, are facing separating from each other for the first time.

The second project, Lucid, deals with a father suffering from Alzheimer’s disease and his adult children who are dealing with their past.

“There’s always an underlying grief tone in the things I write because I’m really fascinated by the way people handle it,” Giannusa says. “Every one of us is going to face it at some point. Do you accept what it is or try to fight it and prolong the whole experience?”

But while the subject matter might be dark, for the writer, these series are all about creating characters who are relatable, whatever situation they might face. “I just love writing characters and what makes them tick,” she says. “Any time you watch something, if you’re disinterested 15 minutes in, the guarantee is it’s because the characters are not written well. You just don’t care about them. My goal is to make you want to tune in next time. Are you going to care enough to want to know what’s going to happen? Grief is a theme but it’s just about the characters.”

From more than 200 entries, five new finalists have been chosen for the C21 Drama Series Script Competition 2018, produced in association with Script Angel. They will pitch their scripts during this year’s final today before the result is announced during C21 Media’s International Drama Awards tomorrow. The winner will collect a US$10,000 prize and development option through C21 WritersRoom.

Giannusa’s message to this year’s finalists is, simply, open up to the whole experience, rather than focusing on the pitch itself. “I went in, did my best and then let it go. Because once you do the work, once you’ve written the script, once you go up there and do your thing, at that point just let it go and be able to take it in,” she says.

“There were many times through the competition where I would stop and be like, ‘I need to take in the fact I’m in London talking to people about a television show I wrote and, regardless of the outcome, appreciate the fact I’ve got here.’

“There are so many writers I know who work for decades and just don’t get a break. If you’ve got there and you’ve got to that competition, that’s huge.

“Appreciate the fact that has happened because that means something and it certainly should help to validate your writing and let you know you’re on the right track. Just don’t have expectations. Go and take it in.”