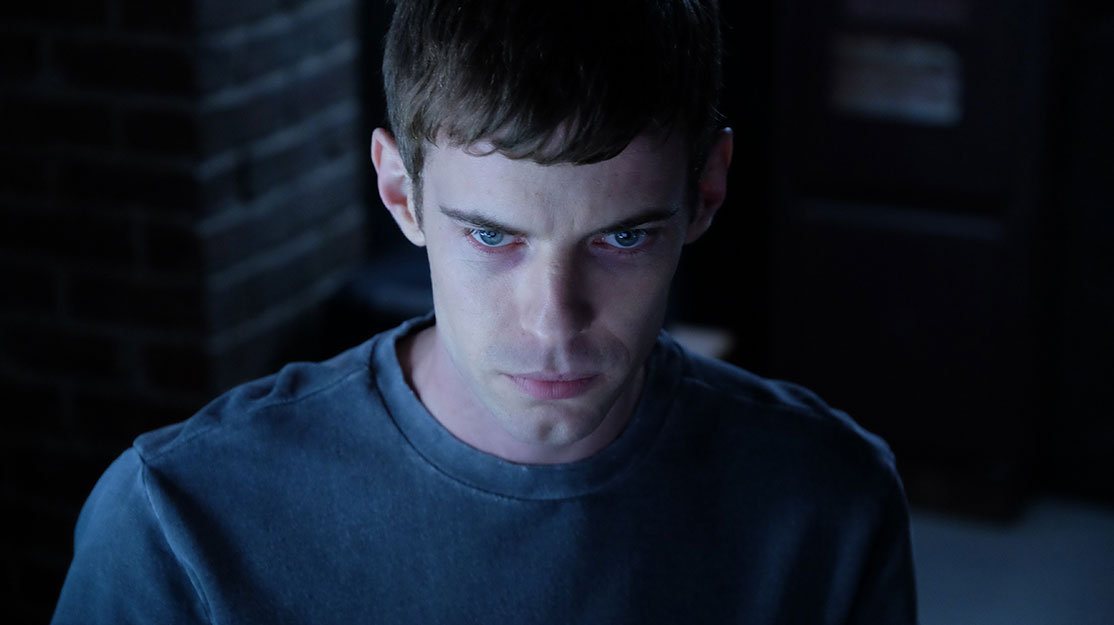 Return of the King

As Spike launches its adaptation of The Mist, DQ explores how TV and film versions of Stephen King’s work have become more popular and prolific than ever.

The title of this piece is something of a misnomer as, especially over the last few years, Stephen King’s literary creations have rarely been absent from either or TV or cinema screens.

With a TV and film career spanning 41 years since the release of Carrie in 1976, the author shows no sign of stopping, with around two-dozen verified screen projects in various stages of development, production and completion since 2014 alone.

King is a phenomenon, especially when compared with other writers in what can loosely be described as the horror genre.

His contemporaries such as the late James Herbert (The Secret of Crickley Hall, BBC1, 2012), Dean R Koontz (Odd Thomas, 2013), Whitley Strieber (Hunters, Syfy, 2016) and Clive Barker (Hellraiser, 1987) have largely failed to achieve a similar level of exposure on screen.

Indeed, the only real challenger to King’s crown has been Neil Gaiman, who has thrived in both TV (American Gods for Starz, Likely Stories for Sky Arts) and film (Stardust, Beowulf, Coraline and How to Talk to Girls at Parties), with his co-created Sandman comic book character also used as the basis for Fox’s hit series Lucifer (2015).

As could be expected with such a fecund author with attendant TV/film adaptations, the success of King’s properties on screen is mixed.

Looking at book-to-movie adaptations, reportedly his own favourites are Stand by Me (1986), The Shawshank Redemption (1994) and 2007’s The Mist.

Unsurprisingly, the rule appears to be the better the director, writer and cast, the better the Stephen King movie, although this doesn’t explain the failure of the aforementioned Dreamcatcher, which flopped despite the presence of Lawrence Kasdan (Silverado/The Big Chill) as director, William Goldman (All the President’s Men) as writer and a talented cast that included Damian Lewis (Wolf Hall), Morgan Freeman (The Shawshank Redemption) and Timothy Olyphant (Justified).

This year sees a step change in film adaptations with the big-budget version of King’s The Dark Tower, a fantasy blockbuster starring Idris Elba and Matthew McConaughey, which unusually, is also planned to kickstart a TV series in 2018 linked to the film.

Presumably the series version of The Dark Tower (in which Elba is said to return) will depend on the box-office performance of the movie this August, which means production will have to proceed at a fair clip to meet a 2018 transmission date.

If so, it’s an atypical move, with the only analogous example in recent years being the apparent budget-prompted plan to have the final film in Veronica Roth’s Divergent series, Ascendant, redesigned as a TV movie, which has apparently now been cancelled due to the rights expiring last month.

Another King would-be blockbuster will be the first part of a movie take on It (previously a 1990 ABC TV miniseries with Tim Curry), popularly – although evidently erroneously – linked with kicking off the notorious ‘clown scare’ trend of 2016.

Netflix has bought into the Stephen King brand, with two movies to be released on the service this year.

Among the numerous upcoming movie adaptations of King’s works are reputed to be Doctor Sleep, The Breathing Method, The Stand (also a popular ABC 1994 TV miniseries), The Jaunt, In the Tall Grass, The Long Walk, Revival, My Pretty Pony, The Ten O’Clock People, The Things They Left Behind and Joyland, plus remakes of Pet Sematary and Firestarter.

As the years have progressed, King’s TV works have acquired a more sophisticated veneer, a million miles away from the (relatively) cheap and cheerful adaptations of the 1990s.

Consequently, reviews have tended to become increasingly positive since his TV shows began to take themselves more seriously, in the process attracting bigger-name talent such as James Franco and Chris Cooper in 11.22.63.

As with King’s movies, due to the sheer volume of work, there’s going to be variance in quality, with still watchable miniseries such as Salem’s Lot (CBS, 1979), It and The Stand holding up relatively well, aided by especially spot-on casting of their respective villains.

Thus, we had James Mason (Straker) and Reggie Nalder (Barlow) in Salem’s Lot, Tim Curry (Pennywise) in It and Jamey Sheridan (Randall Flagg) in The Stand.

On the other side, the pointless TV remakes of The Shining (ABC, 1997) and Salem’s Lot (TNT, 2004) showed that people didn’t know enough to leave well alone.

As is widely known, King was prompted to take a second crack at The Shining due to his disappointment at Stanley Kubrick’s 1980 take on the book.

This year will see three TV adaptations of King’s novels. To some acquainted with the movie, Spike’s eagerly anticipated 10-episode version of The Mist, which launches tomorrow, will have a tough time measuring up to Frank Darabont’s 2007 bleak big-screen classic. The series’ reported US$23m budget compares to US$18m for the movie.

Also coming up is JJ Abrams’ Castle Rock (Hulu’s second Abrams-produced King tale after 11.22.63), which is set in the fictional Maine community familiar from many of his novels and the onscreen credits of Rob Reiner (director of Stand by Me)’s production company of the same name.

In a similar fashion to Dickensian (BBC1, 2015-16), the show will feature characters from the various King ‘multiverse’ stories that have a nexus in the town.

And coming down the pike, apparently, are TV series based on King’s Grand Central, Ayana, Sleeping Beauties (written with his son Owen) and sinister government agency-focused The Shop, which features in his novels Firestarter, Langoliers, Tommyknockers and The Stand.