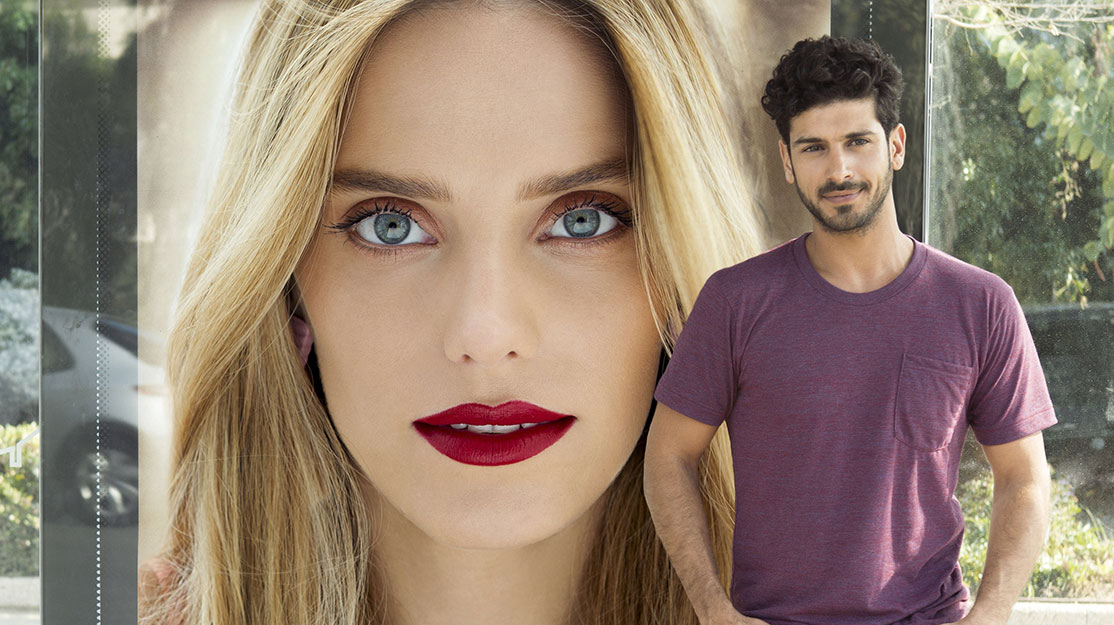 Remade Abroad: The Baker & The Beauty

Israeli romantic drama The Baker & The Beauty is getting a US makeover. Peter Traugott, executive producer and president of Keshet Studios, tells DQ about adapting the show for American audiences.

Traugott had long sought a way to bring the idea behind the film – two people from vastly different worlds falling in love – to television. And his move to launch Keshet Studios, the US production arm of Israeli distributor Keshet International, in 2015 gave him the perfect opportunity.

At that time, Keshet Broadcasting’s Channel 2 (now known as Keshet 12) was airing The Beauty & The Baker (pictured above). Created by Assi Azar, the show follows a seemingly impossible love story between a baker and an international supermodel. “When I saw The Baker & The Beauty, I immediately thought, ‘Oh, it’s a TV version of Notting Hill,’ which I’d always wanted to do,” Traugott says. “And now we had some underlying IP to show buyers in the US how it could be a TV show.”

However, it was several years before the show would be pitched to US buyers, with Traugott wary of targeting broadcast networks that were, at that time, in a state of flux.

“It felt like a great broadcast show, but broadcast, in that moment, really wasn’t doing these kinds of big, light romantic dramas,” Traugott explains. “They were still in the edgier, ‘let’s compete with cable’ phase. There were things that were a little more franchise-orientated, police shows, medical shows, law shows or things that might compete with cable.

“We were concerned that, if we took it out before its time, it wouldn’t get the attention it deserved. So we sat on it for a bit and it felt like, in the last couple of years, broadcast started to open up again and go back to what I call ‘entertaining shows.’ This felt like, if we got it right, it could be one of those shows, and the development process started 18 months ago.”

Traugott pitched the idea to friend and writer Dean Georgaris (Bluff City Law, The Brave) to see if he was equally keen and whether he wanted to do it himself. Georgaris subsequently came up with a take on a US adaptation, which was then developed into a detailed pitch including thoughts on how the show might run over a number of seasons.

Executives at US network ABC liked the idea and commissioned scripts, before ordering a pilot in January last year. The show, produced by Universal Television and ABC Studios in association with Keshet Studios, was then picked up to series last May, and the nine-episode first season is set to debut this April.

Traugott says what he liked about the original Israeli series, beyond its one-line ‘Notting Hill: The TV Show’ pitch, was the fun world the characters inhabited. “There is a wish-fulfilment aspect to it, certainly for our Baker character. It just felt like great escapism,” he says. “You come home from work and you want to get caught up in a world. The Israeli version did a great job of that. One of the things I quite liked about that version and ours is it’s not only a clash of class, in the sense the Beauty is far more monied than the Baker, but a culture clash.”

The US version moves the story from Tel Aviv to sun-drenched, vibrant Miami, where Daniel Garcia (Victor Rasuk) is working in the family bakery and doing everything his Cuban-American family expects of him. But when he meets international superstar Noa Hamilton (Nathalie Kelley) on a wild night out, he is pushed into the spotlight.

“Daniel and his family live in a version of Little Havana in Miami and that’s their world, primarily,” Traugott says. “Noa is a very successful model and international businesswoman, like a Kim Kardashian, and their worlds are very different from a financial standpoint and a cultural standpoint. He is very close to his Cuban roots and she’s Australian, and their cultures are very different. That’s a really fun dynamic to explore and was something else the Israeli version had done very well.”

However, turning the Israeli half-hour series into an hour-long US drama meant Georgaris and the writing team needed to expand the world of The Baker & The Beauty, introducing more storylines beyond the central couple.

“There are more soap opera elements and more places to go with story, so we worked hard to make sure the world felt a little bit bigger than the Israeli version,” Traugott notes. “That’s not to say it’s better, but it allows us to do bigger episodes. We’re doing nine episodes to start but, if the show’s a big success for ABC, they may want 15 to 22 episodes, which is a lot, so we want to make sure we’ve created a base with our characters and families we can go to.”

Setting the series in Miami also offers a variety of locations in which to tell the story, the executive producer notes. “The juxtaposition of the world in Miami is so compelling. It has so many different looks to it, like LA, with so many different cultures, glamorous nightlife and the backdrop of a beautiful city. It feels like a place where, in a matter of minutes, you can be in one culture and then another and another. The diversity of Miami was something very appealing to us, both visually and culturally.”

Filming for the pilot took place in Atlanta and Florida, though the series is being filming in Puerto Rico. “It has been incredible, the people and the place, but there have been a number of natural challenges, with the aftermath from Hurricane Maria [which devastated the island in 2017]. We also recently had a series of earthquakes. There have been some unforeseen challenges but, overall, it’s been a great experience.”

With television series now going global in their original form and language, adaptations might be considered less necessary than in the past. The key, Traugott believes, is to make sure that if you’re going to adapt a show for a new audience, it is unique and it stands apart from the source material.

“Does it provide a different entertainment experience for the audience so it makes sense to adapt it? We have to be mindful we’re not rubber-stamping adaptations just because the originals are so good.”

tagged in: Keshet Studios, Peter Traugott, The Baker & The Beauty