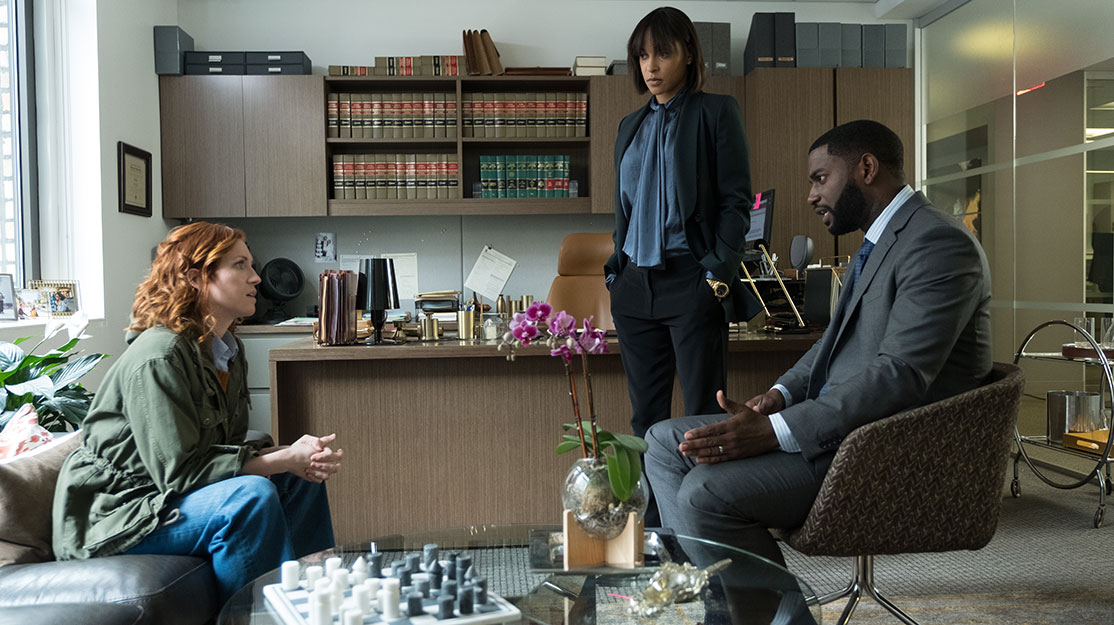 Almost Family executive producer Annie Weisman reveals how the Fox drama was inspired by an Australian series about a woman who discovers she has hundreds of secret siblings.

For several years, Annie Weisman had wanted to write a series about the relationships between sisters. Projects at US networks CBS and NBC didn’t move forward. But when Universal TV, the studio where she has an overall deal, said they were looking at adapting Australian drama Sisters, her chance finally arrived.

Sisters tells the story of a woman whose life is turned upside-down when her father reveals that during his career as a fertility specialist, he used his own sperm to impregnate his patients, meaning he may have fathered hundreds of other children.

Produced by Endemol Shine Australia, it aired on Australia’s Network Ten in 2017 and the following year debuted worldwide on Netflix.

“The premise is so eye-catchingly shocking and heightened,” Weisman says of Sisters. “It’s so much of the moment and in the zeitgeist and can only happen today because of new DNA testing technology. It’s just a new way into telling that story and a new look at sister relationships and so I leapt on it. It was a confluence of the studio having this property and me having an interest in the subject matter.”

A remake was then pitched to Fox last year, before the network ordered a pilot from Weisman and subsequently commissioned a full series, called Almost Family, in May. It debuted in October.

Starring Brittany Snow, Megalyn Echikunwoke and Emily Osment, it similarly follows one woman who discovers her father may have conceived hundreds of children, including two new sisters. Universal produces in association with Endemol Shine North America and Fox Entertainment, with NBCUniversal distributing.

Owing to the fact that Sisters was already an English-language series, with Australian culture not too dissimilar to that of the US, Weisman says adapting Sisters for US audiences largely came down to the pace of the storytelling.

“The Australian show had a laid-back ease to the way the story unfolds, which was really pleasurable for me to watch on Netflix. But in the gladiator battle of US broadcast television, the shape of the advertising-driven six-act structure changes the pace big time,” the writer explains. “So there’s a need to amp up the pace and in doing that, you compress the storytelling and tell stories quicker.

“The big challenge of broadcast television is trying to tell a fast-paced story to a broad audience. If you get it right, it’s exciting because you can bring a lot of different people together.”

Weisman chose to keep the same basic dynamics between the main characters, with one woman discovering her father’s actions and building a close bond with two new sisters. But the main change to the US series refers to the doctor at the centre of the fertility scandal.

In Sisters, he faces a civil action lawsuit. However, for Almost Family, Weisman elevated that to a criminal trial, upping the stakes against him so he is the subject of sexual assault charges against the women he unlawfully inseminated.

“Even in the six months after the pilot was made, we’re in such a different moment [in society] in terms of the perception of abuse of power among men and doctors so it really felt important for me to focus on that,” she says. “Interestingly, in doing that I’ve opened myself up to a lot of scrutiny and attack, but it was important for me to add it. It’s not in the original. I didn’t feel anyone was held accountable [in Sisters] but somehow it seemed to put more life and attention on him.”

As Weisman notes, the series has drawn criticism from those who have experienced these circumstances first hand and are upset at how the series presents itself as a quirky family drama about sisters who come together amid extraordinary circumstances, in effect making light of the doctor’s horrendous crimes — the very DNA tests that bring the siblings together also prove his guilt — at the root of their new relationship.

Weisman says that although she has strengthened the criminal case against the doctor in question, “for some people, that’s not enough. You hit the zeitgeist in a particular moment and there’s an attitude and perspective you collide with. That’s part of making things and putting them out there. That’s what happens. But that was an element I had very deliberately added because I thought it was irresponsible not to.

“It’s been the plan from the start that there is this criminal trial and that his crimes would be perceived as sexual assault. That was part of my pitch, part of my adaptation. That’s always been the spine of it all. But the thing I haven’t let up on and don’t apologise for is, it’s not the only thing we do in the show. It’s not the only note we hit. There’s also his point of view. There’s humanity in him, there is humour and lightness and I believe in that. The people who watch the show and stay with it will understand the show reflects life lived by us in families and how tragedy and comedy and absurdity, and the sublime and the ridiculous are very close to one another.

“Sometimes there’s an impatient appetite for the story to be told immediately but it’s a TV show. We’re unfolding that over time. That was always the plan: to see him come to terms with what he’d done and have remorse and accountability and the way that happens is dramatic and there are lots of twists. It’s a TV show, not an earnest documentary. That’s the journey we’re on with him.”

In writing Almost Family, Weisman says she has borrowed “liberally” from the original, describing Sisters as a buffet she has taken the best bits from. She also praises Sisters creators Imogen Banks and Jonathan Gavin for giving her the freedom to take the show in her own direction.

While television is known as a collaborative medium, with all the opinions and notes that can be levelled at a showrunner from numerous interested parties, she says an adaptation can bypass that creative interference. “One of the nice things about any kind of adaptation is having a set of ‘givens’ to work from, so there’s less up for grabs in terms of just getting traction and moving forward,” she says.

“There are some proven elements you can work with and I think that’s really helpful. The trap is just not to be overly loyal to things, to use what’s helpful and be willing to leave behind what isn’t. It’s really important because at the end of the day, you have to make it your own and have to believe in it and be organic and intuitive and go where the story wants to go and not get in its way.”

Weisman adds: “Hopefully you’re lucky enough to work with people who aren’t overly precious with their material and aren’t overly protective. That would be tough and you can feel very hamstrung by that. The culture change is everything so you have to be nimble. You have to be responsive to what’s going on. You can’t be overly loyal to things. We hope we’ve been loyal and kind to it. I think the spirit of the core character relationships are very much intact. That’s what drew me in initially.”