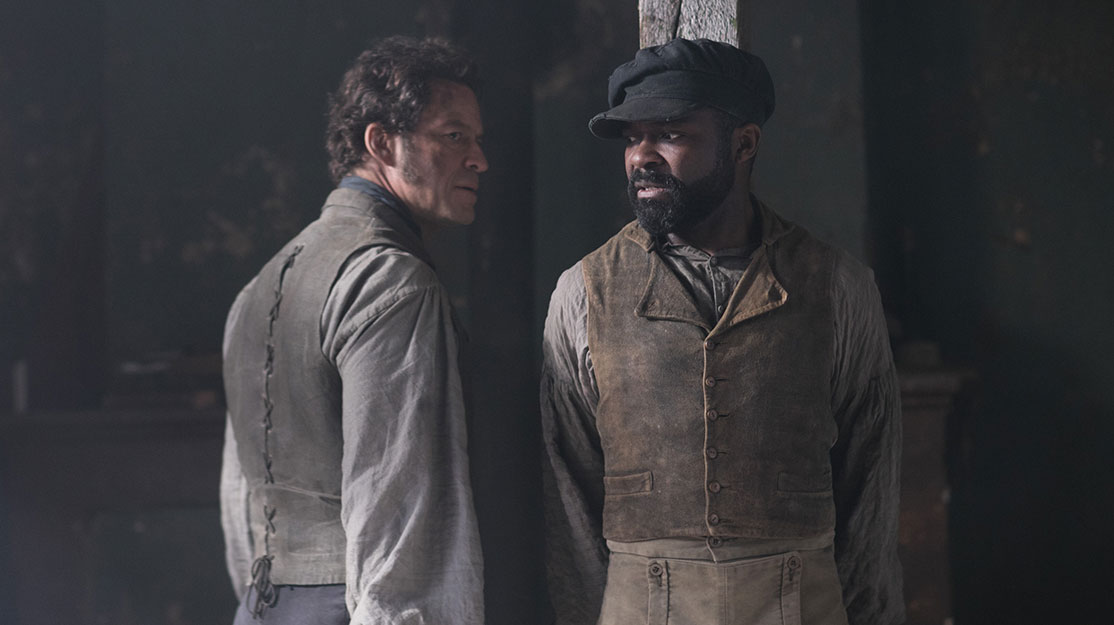 An upcoming adaptation of Victor Hugo’s 19th century novel Les Misérables will be the most satisfying version yet, says star David Oyelowo, as he explains why taking the character of Javert beyond his portrayal as a one-one-dimensional villain was his most challenging role to date.

“If there’s something I’ve learned, it is you can never predict how anything you do is going to be received, as Victor Hugo will attest to,” David Oyelowo says with a smile. “But the thing I do know we’ve achieved is filling in a lot of the blanks that inevitably exist because you are trying to boil down a huge novel.”

Oyelowo is deconstructing his latest television role, which will see him tackle Javert, the police inspector and primary antagonist in Victor Hugo’s 19th century epic novel Les Misérables, in the forthcoming adaptation for UK public broadcaster the BBC and Masterpiece on PBS in the US.

The subject of numerous recreations, the novel’s most recognisable reinventions are the long-running musical, which has now been a fixture on London’s West End for 33 years, and the 2012 Hollywood film helmed by The King’s Speech director Tom Hooper.

Oyelowo points out, however, that rather than treading the same ground, Davies’ six-hour series can go deeper into the book. “If it’s a film or a musical you’re distilling it down to, it’s too thin to be as satisfying as the book allows,” he says. “Six hours of television in the hands of Andrew Davies is a far more satisfying way to explore that story and understand these characters who intersect in ways that are genuinely universal – in terms of how we exist in the world now.

This is no more relevant than to his character, Javert. Oyelowo says the inspector is often portrayed as a “one-dimensional” villain with the sole function of hunting down the misdirected but ultimately good-at-heart Valjean.

“It became clear to me that there was so much more there than people may recognise from knowing the musical. Let’s face it, not enough people have read the book. That became the challenge and it was basically to understand why he pursues him,” he adds.

“What became apparent is that, at the time in which this thing is set, there’s a lot of friction between the classes, between people on the basis of socioeconomics, politics… and so that time required – and I’m not saying he is in any way what the world needs now – someone who operated in moral absolutes in order to bring any kind of order to that chaos. He’s a by-product of the time he was in. Therefore, hopefully, you don’t necessarily condone his actions but you understand them.”

The contradictions that exist in Javert are such that Oyelowo, who has depicted Martin Luther King Jr (Selma) and former Botswanan president Sir Seretse Goitsebeng Maphiri Khama (A United Kingdom) on the big screen, feels the role has proved “one of the most challenging” in his career, due to “the perception people have going in.”

“By and large, people have an opinion [of the character] – even people who haven’t seen the musical, read the book or know much about it. They have a sense, whether it’s a portrayal they’ve seen in a trailer, or a poster they’ve seen, so it’s a little bit like the challenge you have when you’re playing a historical figure. You know that what you have to do in order to do a portrayal that’s satisfying is to bring something revelatory, something that people didn’t know. If you’re just giving them what they already knew, it’s redundant. That was the challenge.”

Oyelowo is changing perceptions, and breaking new ground, from a different standpoint too. In casting him as Javert, the BBC is thought to be the first broadcaster to have selected a non-white actor in the joint-lead role. After the backlash Jodie Whittaker received from some quarters after becoming the first female lead in Doctor Who, does Oyelowo wonder if there will be similar grumblings from people who believe Javert should only ever be a white man?

“In my opinion, we take a far greater licence by taking French history and transposing it onto British history than we do by suggesting that people of colour were integral to European life in the 19th century,” he says. “We have transposed this onto English society in order for it to be understood by a broader audience beyond French people.

“And so if we want to make something that is relevant to the world that we actually live in, we should be reflecting that in every sense, not just the actual language we’re translating the show into but the people who get to portray the characters as well.”

And in casting the actor who has played spies, corrupt detectives and a chess coach in his career so far, director Tom Shankland believes Javert has been given new depth. Speaking to DQ earlier this year, Shankland said Oyelowo had done such an effective job of layering the character and providing a perfect foil for Dominic West’s Valjean that “by the end, I’m almost in tears for Javert.”

“David kept on looking and finding, in extraordinary ways, the humanity – however twisted and bitter – in Javert,” Shankland said. “In my wildest dreams I wasn’t sure we’d get to that place with a character like that. David dug so deep, but all the time he’s scary and driven and the person we hope will never succeed.”

Oyelowo himself says he had conversations with Shankland to discuss how best to portray Javert. While the character has previously been played by esteemed actors including Russell Crowe and Geoffrey Rush, Oyelowo says he did not draw on past interpretations because of the very fact the character has been cast as merely the villain of the piece. Moreover, Javert has often been deemed “quite posh” compared with Valjean, something Oyelowo believes is at odds with Hugo’s work.

“This book is about the underclass, and my character was born in a prison to criminal parents. The portrayals I’ve seen thus far I don’t feel suggest that. In many ways, Jean Valjean and Javert are mirror images of each other; they’re both coming from criminality as opposed to what I’ve seen in the past, which is Javert seeming to be quite posh in relation to Valjean, who’s the criminal,” he explains.

“One of the reasons Javert has this inexorable obsession with hunting down Jean Valjean is that he represents what Javert could have been, under different circumstances, and what he hates in terms of his own upbringing, what lies in his own familial past – that his own parents were in exactly the same situation that Jean Valjean finds himself in for having stolen a loaf of bread.

“His hatred of his parents and upbringing is partly why he hates Jean Valjean. I haven’t seen that before. In talking to Tom, it was very clear we were trying to do something quite different and, hopefully without sounding conceited, something far more real in terms of the novel.”

That said, Oyelowo isn’t completely averse to past interpretations of the novel, and laughs when asked if he’s pleased there will be no singing involved in Davies’ adaptation, which comes from producer Lookout Point and BBC Studios, with the later also distributing. “I like singing; I personally enjoyed the musical film,” he concludes. “But if you’re going to tell this story, you don’t want to literally be doing a version of what we’ve seen quite recently. What we’ve set out to do is something quite different, even though it does have that iconic title.”

Though they may not be accompanied by a tune, it is likely Oyelowo will make Hugo’s words sing when Javert returns to the small screen next year.