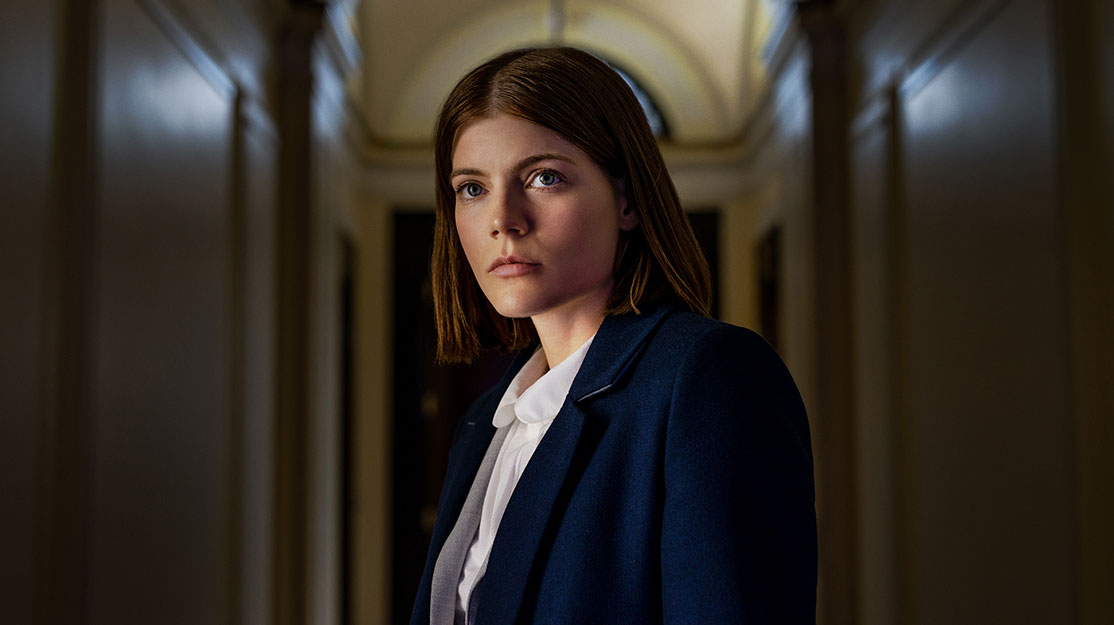 The supernatural and spy genres fuse together in The Rook, an adaptation of Daniel O’Malley’s novel about a shadowy London agency and a woman suffering total amnesia, set in a world where people have peculiar abilities. Executive producer Stephen Garrett reveals all.

With series such as Stranger Things, A Discovery of Witches and Chilling Adventures of Sabrina on screen, supernatural television dramas are a hot topic. But according to executive producer Stephen Garrett, nothing in the genre is quite like forthcoming Starz show The Rook.

Pairing the paranormal with the hallmarks of the spy genre, the eight-part series tells the story of a woman who wakes up in London with no memory of who she is and no way to explain the circle of dead bodies around her. When she discovers she’s a high-ranking official in the Checquy, Britain’s secret service for people with paranormal abilities, she’ll have to navigate the dangerous and complex world of the agency to uncover who wiped her memory and why she’s a target.

Produced by Lionsgate and Liberty Global, the series will air on Starz in the US in 2019, with Liberty Global subsequently rolling it out on its channels in Europe, Latin America and the Caribbean, including Virgin Media in the UK. Lionsgate is distributing worldwide.

Based on the book by Daniel O’Malley, the series has been three years in the making. US production giant Lionsgate had snared the rights to the novel and then approached Garrett (The Night Manager, Hunted) about overseeing the series, believing it made sense for a “very British story” to be led by a British producer. The story fuses one genre Garrett knows very well and another he was keen to dabble with. “Since Spooks, spy shows have been an important part of my life,” he notes. “This was a very compelling combination.”

British playwrights Sam Holcroft and Al Muriel were brought in to adapt O’Malley’s 2012 book. At that point, they had no screen credits, but they did possess a passion for spies and the supernatural, and had both already read the novel. “We don’t really have a strong tradition of supernatural in mainstream British TV and there are not that many writers who have a track record in it or much interest, so that was an omen,” Garrett says. “I brought them to Lionsgate and thought they would be put into touch, but Lionsgate loved them too.”

Since then, The Rook has become akin to a supernatural shapeshifter, changing form and structure several times – once when the drama was initially picked up by US streamer Hulu, and then again when Lionsgate subsequently placed the show at Starz, following its buyout of the premium cable channel. Two showrunners, Lisa Zwerling (Betrayal) and Karyn Usher (Bones) were then brought in to steer the series through production, a move that coincided with the departure of original executive producer Stephanie Meyer (Twilight).

“The series was developed for Lionsgate and Hulu, but once Starz came on board, we came through a course correction that made the show more interesting,” Garrett explains. “You can go very high concept with supernatural and the danger with that is there’s less of an emotional connection with the central characters. With Starz, that sensibility was realigned to make this feel real.”

To that end, the superpowers featured in the series do not include flying, invisibility or anything that would usually be contained in the pages of a comic book or in a Marvel movie.

“The idea is that all superpowers we see have that origin in nature and the biological world,” Garrett continues, teasing that some may be able to run extremely fast or adopt the shocking qualities of an electric eel. “When you do that, they look like you and me. They’re ordinary and vulnerable and feel like human beings; you care about them. When the central character wakes up with her memory wiped, you imagine what it’s like to be that person. It’s moving and intense.”

With the production based at 3 Mills Studios in east London, the English capital city has also become one of the main characters in the series. Kari Skogland (The Handmaid’s Tale) directs the premiere.

“It’s recognisably London but what I like about this show and others I have done is that it’s an international eye on London,” Garrett says. “Kari knows London but she looks at it differently from the way we Londoners do. She’s reimagined London. You genuinely see it through a different lens.”

Garrett is no stranger to bringing books to the screen, having partnered with The Ink Factory on John le Carré adaptations The Night Manager and The Little Drummer Girl, which is coming to the BBC later this year. And while he concedes that the things that make a book popular are not always transferrable to the screen – meaning TV versions often have to be reimaginings rather than dedicated remakes – he says “we have kept much of” The Rook. “Some of my favourite characters are the four Gestalt siblings, who share a hive mind – four distinct individuals but they share one brain. If you make love to one of them, you make love to all of them. It’s possible you might see that acted out on screen,” he jokes.

“As often happens with beloved novels have been transplanted to the screen, [fans of the book will] recognise the world completely. I think they will love what we have done.”

For a supernatural series, however, it’s notable that Garrett admits to leaving a lot of his CGI budget unspent. This was a deliberate move, he says, as using in-camera effects or avoiding the need for them in the first place makes the drama “more interesting and distinctive.”

“It’s subtle,” he continues. “There’s stuff in-camera but a lot of it is to do with psychology and emotion. Hopefully it’s intelligent drama and allows viewers to join the dots. We’re not dependent on flashes and bangs. It’s a world viewers won’t have seen before.”

That’s just one of the reasons Garrett believes The Rook will stand out among the hundreds of other series that will air in the US next year, not to mention hundreds more around the world.

“If this were just a supernatural show or just a spy show, it would perhaps be fighting for a place in the world, but this fusion of very distinct genres in genuinely unusual,” the exec says. “We absolutely stand out from the crowd. In a world where we have more than 500 distinct dramas on US screens, we have got to be different. This makes it an extraordinary, exciting and challenging time to be a producer, writer or broadcaster.”

The need to stand out also means “ideas that could get you arrested five or seven years ago have suddenly become ideas that will define networks,” he adds. “I grew up with an era of TV that was essentially cop, doc and lawyer shows. If you try and make one of those now, you fall by the wayside because that’s not interesting enough on its own. Ideas that broadcasters feel will help position themselves against their rivals have got a chance of being heard.”

tagged in: Starz, Stephen Garrett reveals all., The Rook