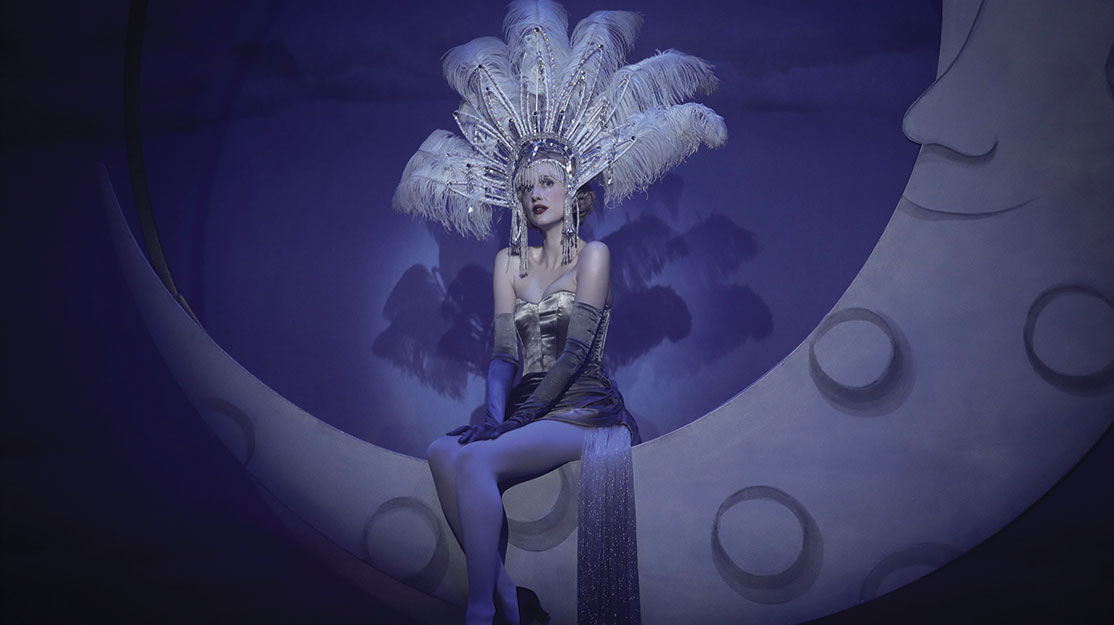 Reading between the lines

A trio of the world’s hottest television writers – Bill Gallagher, Victoria Madden and Sarah Phelps – discuss their latest projects and reveal how they find their voice for the small screen. 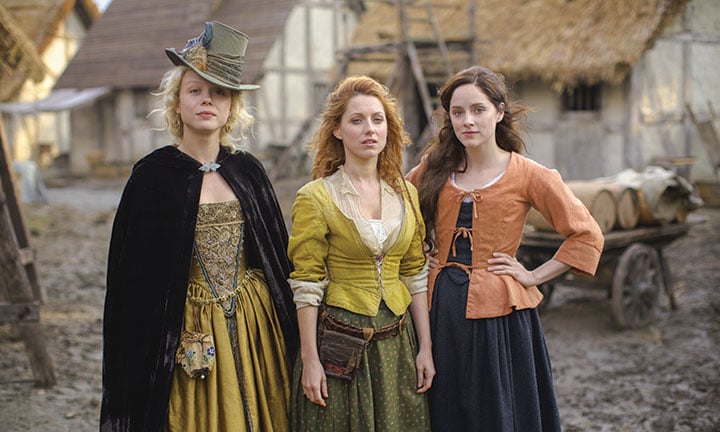 Bill Gallagher
Starting his career on British dramas such as Casualty, Soldier Soldier and a TV movie based on French detective Maigret, Bill Gallagher is best known for credits including Lark Rise to Candleford, Conviction, The Prisoner, The Paradise and Paranoid. His next project is frontier drama Jamestown (pictured above), which charts the early days of the first British settlers as they begin their new lives in America. It is produced by Carnival Films for Sky1 and distributed by NBCUniversal International Distribution.

Gareth Neame [Carnival’s MD] asked if I would look at this period of the very first settlers who went to America from England. I said, “Ok, I’ll read some books.” So I was reading this stuff and it was terrific but I couldn’t see a show. Then I was reading one book, I was on page 300-and-something and suddenly it said, ‘And in 1619, when the men had been there for 12 years, the Virginia Company sent over a ship with 100 women on it’ – maids to make wives. And I fell in love with the whole notion of doing this. You have to fall in love with it.
That became the defining aspect of the show – to see the whole experience though the eyes of women. I was brought up on westerns on the TV so it really was my mythology as a kid, and I got to write for Native American actors. It was absolutely fantastic.
I wrote the whole thing myself. It’s not always the case but often is. I was instantly very clear about who the characters were and what the stories were. I wrote the pilot very quickly and Gareth gave it to Sky very quickly. I’ve been a writer for 30 years and that speed is a rarity rather than commonplace. Things just fell into place at the right time. Sky makes shows with scale, with issues driving them. It fitted what they wanted and they had a pilot script.
I worked with [exec producer] Richard Fell at Carnival and we went to Virginia together. One of the most joyful parts of being a writer is to find a simpatico partner to work with, somebody who challenged me all the time, who was as passionate as I was about it and who got me as a writer.
I allow myself to be clumsy. I love my craft, I love the craft of making a TV show but I work quickly and sometimes that’s clumsy – but I don’t mind that. I used to beat myself up about it when I was younger, I used to get in a real mess and then I had this realisation at some point that this was just my job and it’s my job to be better – so how do I make it better? I don’t mind being clumsy but I have to find someone who’s not panicked by that, and Richard was terrific. I love the craft of it. I work very hard at the composition and architecture of it all but I also give myself permission to get things wrong.
It’s a great time to be a writer because to write something like Jamestown now, which has Native American characters and slaves and English people who have been transported around the world, we can write anything and it’s doable. 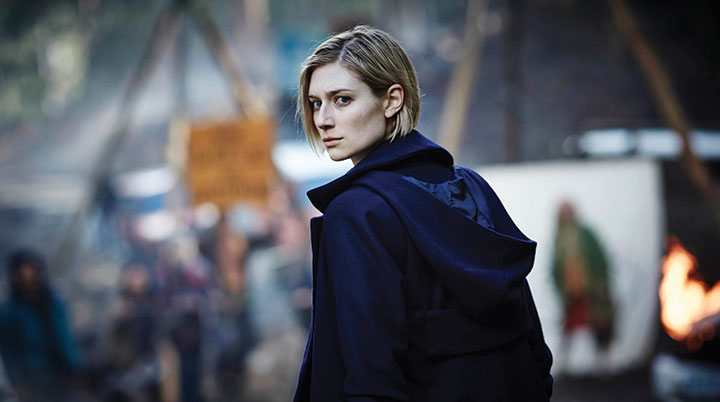 Victoria Madden
Australian writer Victoria Madden’s early credits include The Flying Doctors and Heartbreak High, before she moved to the UK and worked on dramas including The Bill, Trial & Retribution and Irish series The Clinic. She then returned home to Tasmania to write and produce The Kettering Incident (pictured above), an eight-part mystery with supernatural overtones for pay TV broadcaster Foxtel that centres on a doctor who finds herself linked to the disappearance of two girls, 15 years apart. It is produced by Porchlight Films in association with Sweet Potato Films and distributed by BBC Worldwide.

I’ve written a lot of crime in my career and I love it as a base to work from. I was looking for other angles and when I was living in the UK, Life On Mars was being shot. I was hugely influenced by that show, the way they managed to make a fantastic crime show but with supernatural overtones that didn’t get in the way. It started to make me think that I wanted to explore the supernatural genre as well and to marry together some ideas.
Tasmania is a deeply gothic place with a horrific past – it’s right at the bottom of the world, it’s very isolated, very alone and suffers a lot from huge environmental wars – and I wanted to explore that, adding in the fact that Tasmania also has an abnormally high percentage of people who go missing. I was always fascinated by that.
That started the idea – then something else, something out there. That was the hardest part for me. I hadn’t done supernatural before. I didn’t want it to be a sci-fi show; I wanted it to be a metaphor and to build the supernatural into the story in a natural way. It’s also about a small town on the brink of destruction and that world I grew up in and that desperation. Also, in small worlds, what I find fascinating is the way you have to get on with your neighbours because it’s so small but everybody hates everybody. It builds this maelstrom of deceit and duplicity.
Anna Macy, the lead character [played by Elizabeth Debicki], is a girl who comes back, realises she doesn’t belong and so starts a journey. It really is a journey of unwinding a character and seeing why we need connection and why we need to call somewhere home. She’s a bit of an anti-hero – you don’t know whether to believe her, so that was fun to play with. Is she lying, is she connected to the missing girl story?
I was very influenced by Scandinavian drama and the importance of place. I wanted a story with a big landscape, so that meant a big budget and universal themes so it could travel. We were really lucky, it was a perfect storm. Foxtel was looking for something really different for Australia so it all came together for a world stage.
I don’t like dialogue a lot and I do anything to try not to write a lot of dialogue, but I knew the themes we were exploring were about disconnection, and so every character – even the smaller secondary characters – had a full journey through the show. When I know the themes I am exploring, I like to work in a mosaic way. I do small scenes between people, taking them out of the drama, and then I weave it together afterwards. I don’t like to do it linearly, I just like to do these moments and think about what these people would talk about. At the end, you hopefully get this coherent episode of characters who are lost and trying to find their way through their circumstances. 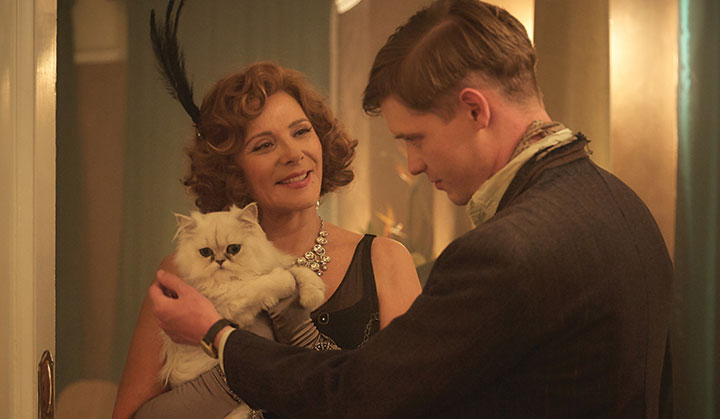 Sarah Phelps
Sarah Phelps started her writing career on long-running UK soap EastEnders and has since worked on shows including The Crimson Field, Dickensian and Hooten & The Lady. She is best known, however, for her skill at adaptations, among them Great Expectations and The Casual Vacancy. She is now reinventing Agatha Christie for the BBC, first with And Then There Were None and most recently with The Witness for the Prosecution (pictured above and at the top of this page). The two-part story about a man put on trial for the murder of a wealthy heiress is produced by Mammoth Screen and Agatha Christie Productions, with A+E Networks distributing.

I never read any Agatha Christie at all and I never watched any – I just thought it wasn’t for me. It was cosy, over there somewhere, just not what I’m interested in. But then Damien Timmer from Mammoth told me to read And Then There Were None and I was absolutely knocked sideways. It’s one of the most brutal, savage things I’ve ever read. It’s rather extraordinary. It just took fire in my head.
These 10 people on an island – a salt-scoured rock – in the middle of the sea, unable to reach the mainland and here comes this thing towards them, this bloody reckoning of all the things they’ve done, the lies they’ve told. You watch the veneer of etiquette, politesse, society, gender and status being stripped away from them to reveal the craven, brutish animals they are. They are all people who have perpetrated the most terrible crime – they’re all murderers.
That to me felt like, ‘Well, if this isn’t a story about what it’s like to live in 1939 as the world tips over again and the absolute cataclysm of the Second World War, then what the hell is?’ So that really excited me.
Then I came to The Witness for the Prosecution. It’s 20-odd pages, this story with a great twist, but it’s also the 1920s. We associate the period with people dancing on tables and drinking champagne; flappers and rackety, hedonistic, sexual and social excess, but it’s also a time of extreme depression. People came back from the First World War with terrible injuries, both seen and unseen, and terrible deformities.
In the middle of this is a story about sex, money and murder, about an older, very wealthy woman buying favours from a young man who is completely penniless, and you get a really different feeling from the story. Added to that is one of the main characters is a woman who is absolutely the epitome of alterity – she is a foreigner, an actress from Vienna. What we’re talking about is someone from somewhere else and Christie takes all those great icons of what we believe English and privilege are and just smashes them to absolute pieces. That feels so wildly subversive to me.
There’s always a key that unlocks the story and makes the whole thing explode. Suddenly there’s a tiny detail, it might even be a sub-clause in some long sentence, and it just unlocks everything and that’s when you start running wildly round your house with your jumper over your head like a kid. You know you’ve found your story.
From writing EastEnders to anything else, I’m the audience. Does the story excite me? Do I want to find out what happens next? Am I interested in this story? But if you want it to be universal, you have to be really specific because that’s where you get this emotional connection. Being able to write something that absolutely punches you in the heart from my ridiculously tiny study somewhere in England – if it can punch you in the heart there, it can punch you in the heart around the world.