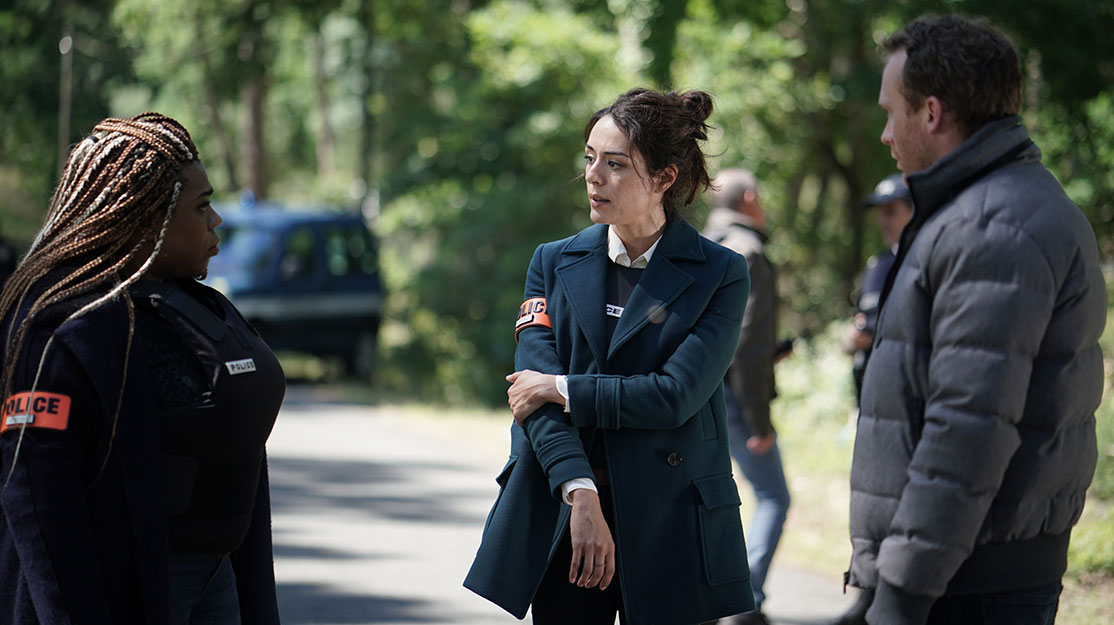 Former Engrenages (Spiral) showrunner Anne Landois tells DQ about creating crime drama La Promesse (The Promise), one of France’s biggest hits of the year so far, which revolves around the fallout from a young girl’s disappearance.

For four seasons, Anne Landois was showrunner of Engrenages (Spiral), the gritty French cop thriller which, after it first launched on Canal+ in 2005, was among the shows to spearhead the demand for non-English-language dramas in the UK and around the world.

Landois worked on the Paris-set show between season three, which debuted in 2010, and season six in 2017 before handing over the reins. Her previous credits also include La nuit du meurtre, Vertiges and Duelles.

The writer then began developing another crime drama, La Promesse (The Promise). But upon its release on TF1 in January this year, the six-part series proved to be vastly different from the style and tone of her past work.

The series opens during Christmas 1999 as two vicious storms batter Europe. Eleven-year-old Charlotte Meyer vanishes without a trace in the heart of the Landes region, and police captain Pierre Castaing (Olivier Marchal) is tapped to head the investigation. But when he must release the chief suspect because of a lack of evidence, Castaing is left deeply shaken by his failure to find the girl and becomes ostracised by the local community as his family falls apart.

Meanwhile, a few hundred kilometres away, young investigator Sarah (Sofia Essaïdi) finds herself confronted with another disappearance of a young girl involving the same suspect.

The Promise, which marks the first production from Landois and Spiral producer Vassili Clert’s Sortilèges Productions, was inspired by the real-life disappearance of Estelle Mouzin, a nine-year-old schoolgirl who disappeared in 2003. Serial killer Michel Fourniret, who murdered at least eight girls or young women and who died earlier this year, later admitted killing Estelle.

“There is something very special about The Promise because it’s a crime show, but not one like I used to do,” Landois tells DQ. “With Spiral, it was a very realistic crime show. In The Promise, I was keen to experience another way to write. In particular, I wanted to immerse myself in the intimacy of the characters.

“When I used to work on Spiral, I met a lot of police officers and some of them talked to me about something very hard in their line of work, which is when they fail, and failure in policing is something I couldn’t explore when I wrote Spiral. It’s a series with cops who have to achieve success, who have to complete the investigation. They are not supposed to fail. But [when I left the show] I wanted to work on this idea of failure, and especially on the devastation an unsuccessful investigation [can create for] the police officer and his family.”

The Promise was a huge hit in France, drawing more than seven million viewers for its first episode – marking TF1’s biggest launch for a French series since 2015 – and averaging eight million episodes across the whole show when including live and on-demand audiences.

Central to its success was the casting of Marchal (Tell No One, Elite Squad), who was a cop in real life before becoming an actor and then moving into screenwriting (Braquo, Section Zéro) and directing.

“He is a very good actor; we love him in France,” says Landois. “For me as a writer, and for our director Laure, it’s very special to work with someone who is a cop, a writer and a director too. He’s discreet, very generous and very sensitive. From the beginning, I wanted him to play Pierre Castaing, a man who is a father before a cop. The relationship he has with his two daughters was the foundation of his character because a lot of cops are fathers too and they project their investigation onto their family and their children. I wanted to work on this part of him, a part that a lot of cops push to the back [of their minds] and don’t want to see it.

“But, of course, they are human and a lot of the time they are involved in very difficult investigations about children, so it’s very hard for them to keep quiet and stay professional. The theme of missing children is often used in series, but with The Promise we focus less on the families of the victims and more on the impact of their disappearance on the officers.”

It’s not just Pierre Castaing who becomes personally involved in the case, but his daughter too. Though it isn’t clear at the beginning of the show, the second case being investigated is led by Sarah Castaing – and takes place 20 years after the original crime. Then over the six episodes, the two timelines converge as the story heads to its conclusion.

“It was interesting because having a double timeline over 20 years was very new for me,” the writer explains. “At the beginning, I wasn’t sure if it would work, but we wanted to have two stories in two different eras. It was fun to build this very complicated narrative, but not very easy. It was like a puzzle. Sometimes we were working on a very big board and were saying, ‘OK, what happens in 1999 and how can that reflect something now?’”

The double timeline reflects Landois’ decision not to use flashbacks to differentiate between events in 1999 and the present. The show’s narrative structure was also partly inspired by US series This is Us, the pilot of which opens with two separate stories before revealing at the end that the characters are all part of the same family.

“This is what we have done at the beginning. It isn’t quite the same [as This is Us] but I said, ‘OK, let’s try to do that and jump from one year to another,’” she says. “It was very exciting to write. We also have a lot of suspects. It was very interesting to work with a range of different suspects where you don’t know at what moment they are suspects or what they did in the past. Plus, they are always in the story. It’s not the kind of show where in one episode you think it’s them and then they disappear.”

Piecing together the series across two timelines proved to be the most challenging aspect of the show’s development, though Landois found it refreshing to be able to tell a complete story over six episodes, rather than Spiral’s 12-part seasons.

“It’s very interesting for writers like me and my co-writers to work on a case that finishes in six episodes,” she says. “At the end of 12 episodes of Spiral, we are very tired and there were a lot of characters and a lot of stories. But just six episodes was a great pleasure.

“I also wanted the story of The Promise to be more introspective and to connect the story with nature. The beginning of this story takes place during the real storm that devastated France in December 1999. It was a very special moment because, in France, everybody knows where they were during the storm in 1999. The impact was very strong on people’s lives. It was interesting to start a crime show with an important moment like that because when a child is missing, the first idea is to say, ‘She must be somewhere. There are a lot of things to rebuild, a lot of trees on the road. We are going to find her.’ There is no problem worse than the storm. That’s why in our story, the police officer wastes a lot of time and doesn’t do the investigation they should have done at that moment.”

Comparing her showrunning role on The Promise with Spiral, Landois says she had more control over the former as it was produced by her own company, meaning she was with the project from start to finish. And while showrunners are still relatively rare in French television, she says that’s now changing.

“It’s good news for writers in France because we have showrunners now – someone who is responsible for their show,” she notes. “It’s very important to have one vision from the beginning to the end. In France, it’s something very new because we don’t have the same relationship with series as in the UK or the US. In France, the directors really owned the show until a few years ago, but now the writers have said, ‘Let me create the show from the beginning until the end.’”

Landois is now plotting a potential second season of the series, which would focus on Sarah. The writer first saw Essaïdi on stage in the musical Chicago, two years before she would star in The Promise, and has been delighted by her “extraordinary” performance after TF1 suggested her for the role.

“I thought it was incredible they suggested her, because she was not very famous, so it was a risky choice from them to suggest her,” she says. “But we said OK, and she was totally perfect. She’s very good, and in season two she will have the lead role.”

If the show does return, the cast and crew will be hoping for a more straightforward shoot than that for season one. Filming on the series began in February 2020, but then had to pause for three months because of the pandemic. When production did resume, the cast were forced to wrap up for the winter-set drama while on location in south-west France during a typically hot summer.

“It was very stressful because it was our first project and it stopped for three months. Then when we restarted filming in June during the hot season, the actors were dying of heat with their warm clothes,” Landois says. “It was very hard for them, but we couldn’t change anything because we started filming at the beginning of February and already had some footage, so we worked on the lighting to suggest we were not in July but in March. In fact, the show is a melting pot of winter footage and summer footage, but it was OK in the end.”